‘I need a cleanup crew’ — Navy pilot describes crapping his pants at 30,000 feet

Yes, it was a shitty situation. 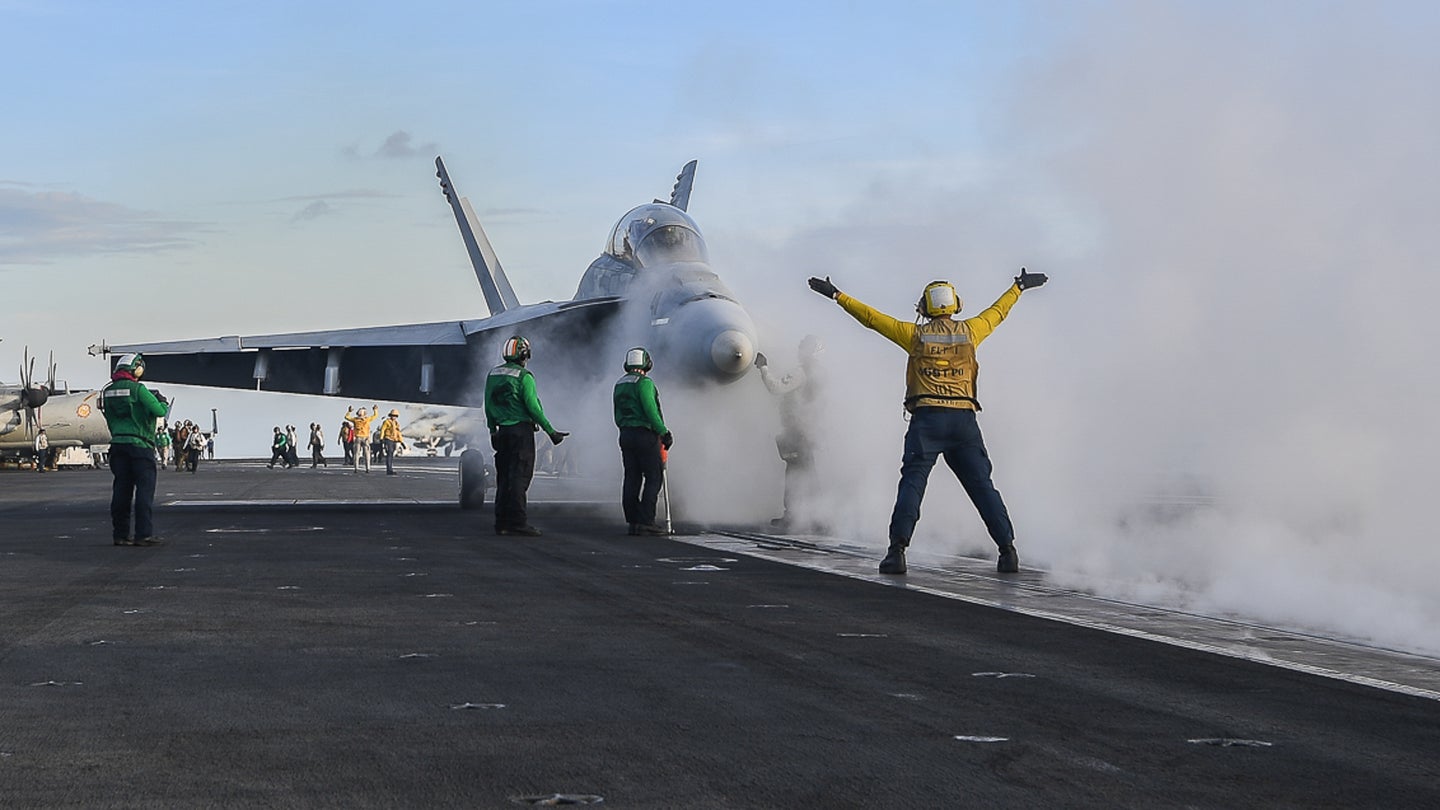 Sometimes when nature calls, there’s just nothing you can do about it. Like if you’re sitting in the cockpit of an F/A-18F fighter jet, cruising along at 30,000 feet, and your body decides that now is the time to evacuate your lunch of lobster and coffee.

Published at The Autopian early this year, naval aviator Bobby Mackay recounted in detail just what that is like.

During a deployment to the Arabian Gulf, Mackay was piloting an F/A-18 during a late night training mission to practice employing High Speed Anti-Radiation Missiles.

As Mackay wrote, he had spent the afternoon dining on steak and lobster, as well as plenty of coffee, and had already taken care of some pre-flight “‘bubble guts’” to avoid a situation like, say, shitting oneself in the cockpit. Mackay’s digestive system apparently had other plans.

“As soon as we started accelerating at about three times the force of gravity, I felt something move in me,” he wrote. “When I took the controls I immediately had the thought that this might be a long hour and a half.”

Mackay first used several relief bags to urinate, but that was apparently just the beginning.

“‘Dude, I think this might be the night. I have the bubble guts and I need you to put your mask on,’” Mackay told his weapons officer, who was seated in front of him in the cramped, and very sealed, cockpit.

After a fruitless attempt to maneuver in the cockpit and create a makeshift relief bag, Mackay was left with no choice but to just let it all out.

“I simply relaxed, and let the warmth spread across my seat. It was so hot, it felt like a hot tub. It bubbled and oozed and was revolting but strangely comforting,” wrote Mackay.

Momentarily relieved of his gastrointestinal distress, Mackay of course now had to alert the aircraft carrier of the sticky situation onboard the plane. Recalling an older incident in which a pilot tried to remain vague, Mackay chose the blunt approach.

Unfortunately, the pants-shitting was not over, as it happened to Mackay again on the return flight.

And, on his first landing attempt, Mackay’s aircraft flew over the arresting wires on the flight deck – known as a bolter – further extending this now extremely wet and foul smelling ride.

“I had leaned forward in my seat expecting the wires to stop me, but when they didn’t, my butt hydroplaned backward in my seat like a Zamboni cleaning up a wet ice rink,” wrote Mackay.

When he eventually landed the plane, a humbled Mackay was met by his roommate, towel and replacement flight suit in hand. There was nothing left to do but make the long walk to the restroom and clean up.

At the time, Mackay had not yet received a callsign, but needless to say the suggestions immediately started pouring in.

While the suggestion “Fox-poo two shits” was a strong contender, the eventual winner was “STAB,” short for “shit twice and boltered.”

That’s not such a bad outcome, all things considered.

So, if you’ve ever wondered what it’s like to crap your pants in a high performance naval aircraft, now you know.

You can read Mackay’s full account in The Autopian, here.