No, a former Marine general is not working for an infamous Russian mercenary group 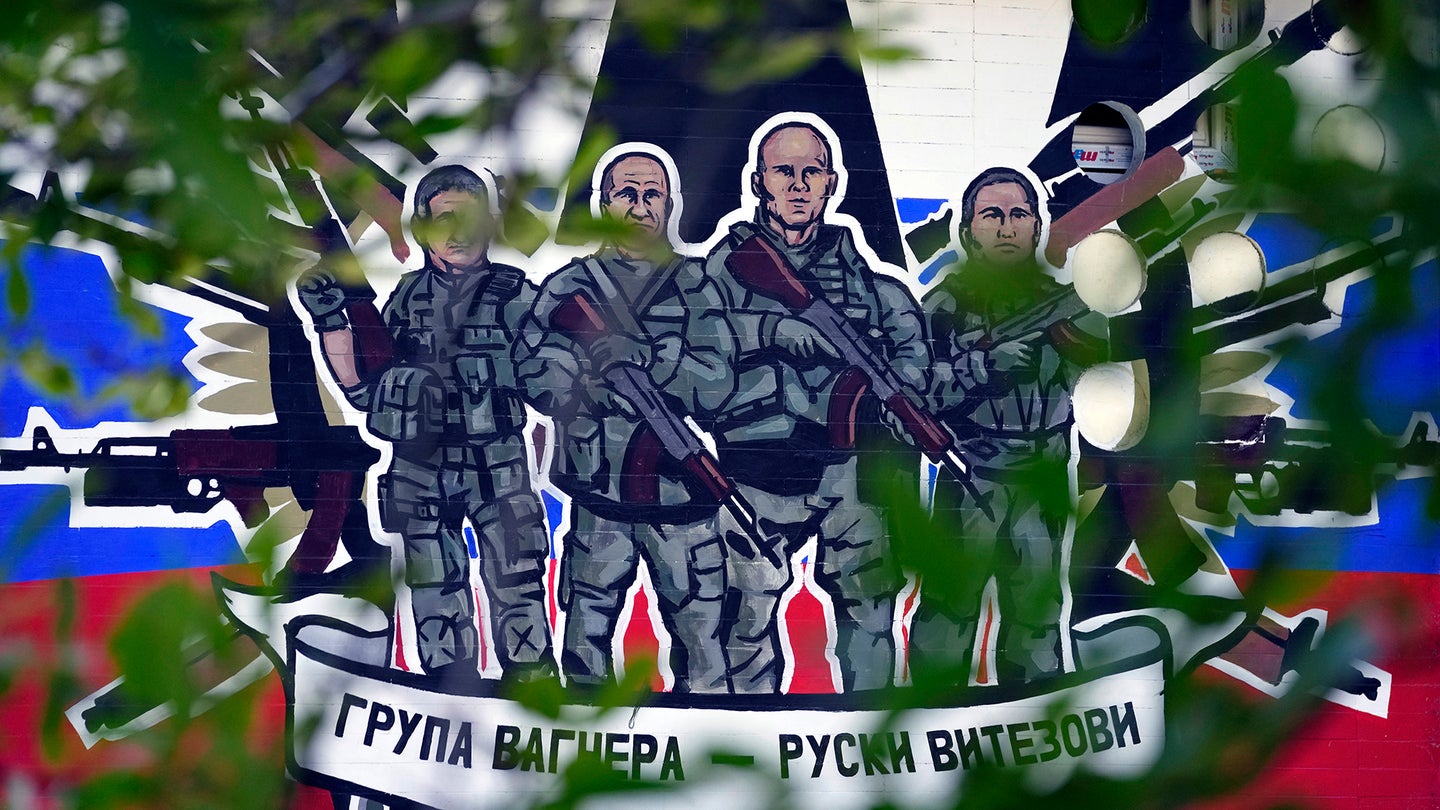 The Defense Department’s top spokesman has called bullshit on a recent claim by Yevgeny Prigozhin, head of Russia’s Wagner Group, that a former Marine Corps general officer works for the private mercenary company.

Prigozhin made his dubious claim on Nov. 25 to the Finnish newspaper Helsingin Sanomat, when he said that about 20 Finnish citizens are fighting with Wagner in Ukraine.

“I have a very good opinion about the Finns on the battlefield,” the French wire service Agence France-Presse quoted Prigozhin as saying. “They are fighting in a British battalion (as part of Wagner PMC), which is commanded by a US citizen, a former general of the Marine Corps.”

Notably, Prigozhin did not identify this alleged Marine officer whom he claimed to have on the payroll. It was also far from clear why a former Marine general officer would opt to work for Wagner instead of embracing the bosom of America’s defense industrial base (F-35s, after all, cannot sell themselves).

“We have seen those press reports; we’ve seen no names associated with those press reports; we’re not aware of any names associated with those,” Ryder said at a Pentagon news briefing. “And so, I think, again, very likely that this is – not surprisingly – propaganda. I would refer you to the Marine Corps, but I don’t know how much credibility I would put into the Wagner Group.”

The Marine Corps had nothing to add beyond Ryder’s comments on Tuesday. Task & Purpose also asked two retired Marine general officers if they had heard of any of their colleagues joining Wagner, and the answer was a resounding nyet.

To most Americans, it is not surprising to hear that the head of the Wagner Group, which has been accused of committing war crimes in Ukraine and elsewhere, is not the most trustworthy source of information. In fact, Prigozhin has about as much credibility as a James Bond villain.

A video posted in September shows a man who looks a lot like Prigozhin recruiting Russian prisoners to fight in Ukraine. The man in the video says that while Wagner is careful about accepting prisoners convicted of sex crimes into its ranks, the company also understands that “mistakes happen.”

If Wagner actually employed a former Marine general officer, the Russians would have certainly published this person’s picture, military records, and other personal information to humiliate the U.S. military, said Olga Lautman, an expert on Russia and Ukraine at the Center for European Policy Analysis in Washington, DC.

Lautman noted that in June, Russian television showed two American military veterans who had been captured in Ukraine. Alex Drueke and Andy Huynh were eventually released after 104 days in Russian captivity thanks to a chance call to the VA’s crisis hotline.

Prigozhin’s claim about having a Marine general officer on his company’s payroll was likely intended for a Russian audience, Lautman told Task & Purpose on Tuesday.

“I think it’s more for internal purposes, domestic propaganda, to show: Look, we can buy former U.S. military members, to show the weakness of the U.S. military; and also to pollute social media, like western audiences, with more garbage,” Lautman said.

Prigozhin’s dubious claim about having a Marine general officer leading a Wagner battalion is emblematic of how the Russians approach propaganda campaigns, said Marek Posard, an expert on disinformation with the RAND Corporation.

“Typically, the Russians will try to cook up falsehoods that are ripped from recent headlines,” Posard told Task & Purpose. “Earlier this month, there were reports of former allied personnel aiding foreign adversaries. I wouldn’t be surprised if Russia is trying to piggyback on this story to undermine the perceived legitimacy of the U.S. military.”

So, remember: Whenever Russian President Vladimir Putin or one of his allies or subordinates make outlandish claims about American military personnel, you can always smell a big, fat, commie rat.