The real-life ‘smiling HIMARS’ meme has been spotted in Ukraine

Nothing makes a HIMARS look better than a toothy smile. 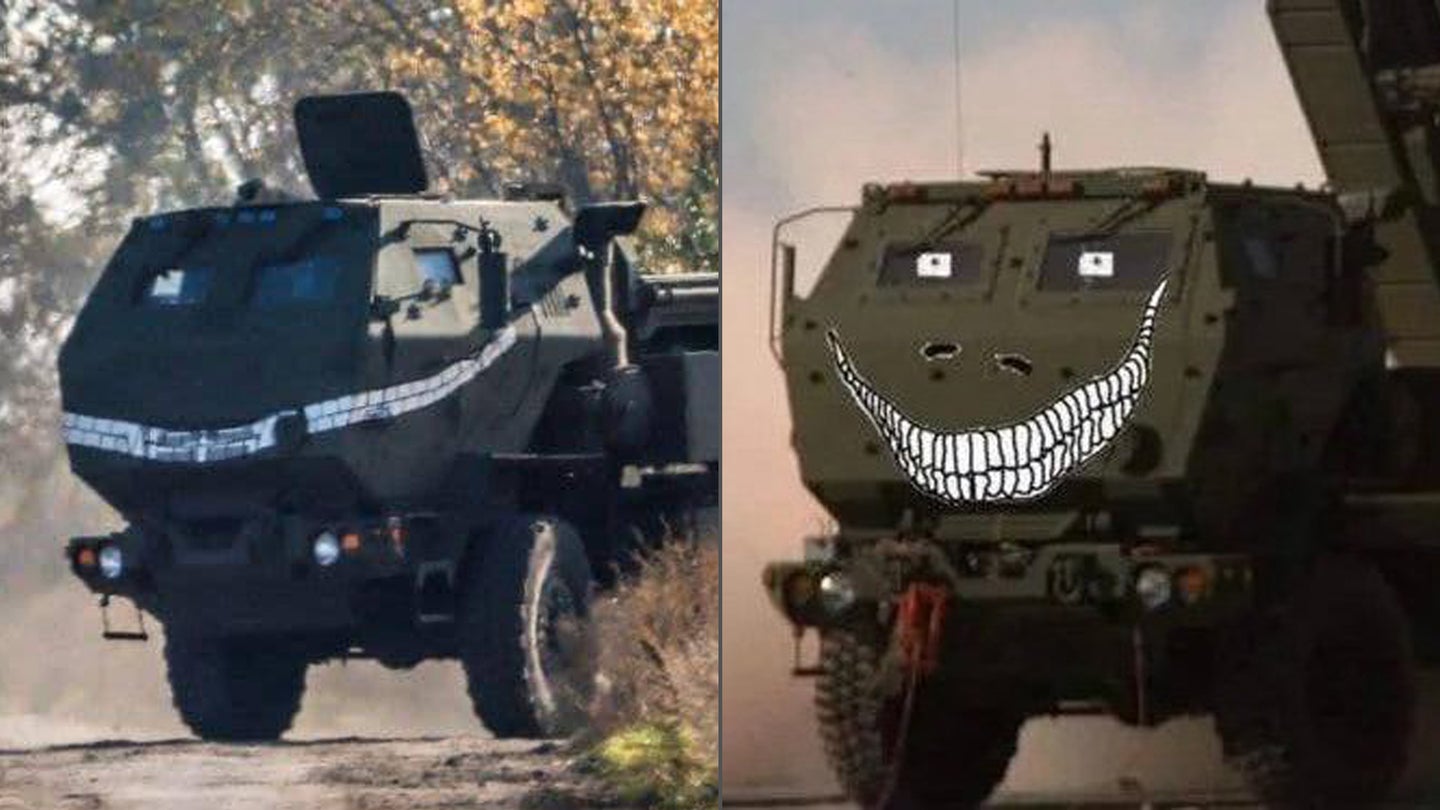 Here, yet again, is an example of the fifth domain of warfare — cyberspace — leaking into its more terrestrial equivalent. Another Ukrainian vehicle painted to resemble an internet meme. In this case, it’s a picture of a M142 High Mobility Artillery Rocket System, or HIMARS, painted with a toothy grin.

Posted to the official Twitter account for the Ukrainian defense ministry and credited to photographer Hannibal Hanschke, the photo shows a HIMARS system pulling out onto a road somewhere in Ukraine, made to look like one of many HIMARS-related internet memes. The meme has been around for a few months now. Here’s an example shared on Twitter back in August by Ukraine’s Ministry of Defense.

Ukraine has, of course, been getting plenty of use out of its HIMARS systems since the United States began sending them to the country this summer. With the ability to fire six rockets up to 45 miles and rapidly relocate, it’s hard to top the HIMARS when it comes to precision strikes on enemy targets.

Its effectiveness has, of course, already given rise to other memes and inside jokes, like “HIMARS o’clock,” signaling the times when the rocket strikes occur. Just one of many examples of the internet bleeding into reality on the battlefield.

There’s been the 2S7 self-propelled artillery cannon covered in Shiba Inu pictures referencing the “North Atlantic Fellas Organization” and dubbed “Super Bonker 9000.” You can also pay to have a personal message stenciled on a mortar round. Similarly, towards the beginning of Russia’s invasion of Ukraine, one could buy “Saint Javelin” merchandise, commemorating what preceded the HIMARS as the internet’s favorite Ukrainian weapon.

There have been other references to movies and television on the battlefield as well, like all those burned out Russian tanks and armored vehicles spray painted with “Wolverines,” just like Patrick Swayze and Charlie Sheen did in Red Dawn.

It may seem a bit childish to paint a HIMARS vehicle like what is essentially an internet meme, because war is deadly serious and shitposting is, well, the opposite of that. But injecting a bit of humor into the everyday drudgery of war has always been a thing. After all, how many World War II airplanes flew into combat with racy or cheeky images painted on their fuselages, and how many shells were fired that had something like “Easter eggs for Hitler” scrawled on them? The only difference is you probably need to spend way too much time on the internet to understand today’s frontline jokes.