Meme war: You can pay to get memes painted on Ukrainian artillery, bombs, and rockets 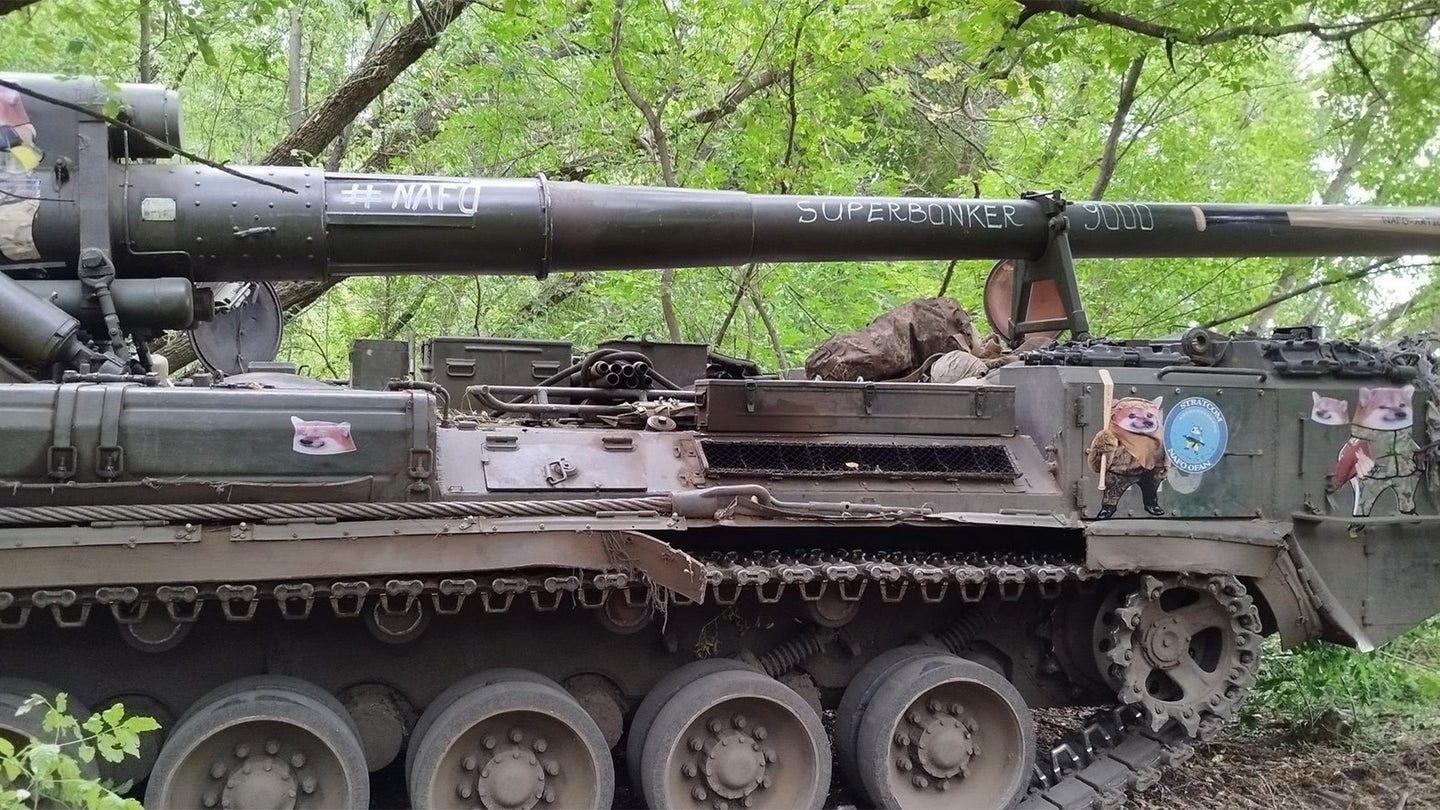 Are the meme wars real? If you’re on the receiving end of some 203mm artillery rounds stenciled with references to internet culture, then yes, very much so.

There’s at least one Ukrainian artillery battery that is now covering its equipment, such as the Russian-built 2S7 Pion self-propelled artillery cannon, in memes.

This one Pion has “Super Bonker 9000,” written on the barrel, kind of a “Boaty McBoatface”-style approach to naming military equipment and keeping with the greatest traditions of the internet, where everything seems to be gleefully stupid. The chassis has been covered in pictures of smiling Shiba Inu dogs, which is a symbol of an internet phenomenon known as the “North Atlantic Fellas Organization,” a playful spin on the NATO acronym. The group can best be described as a loose collection of internet shitposters fighting Russian disinformation and raising money for the Ukrainian war effort.

So now, if you go to – and yes, this internet domain name was somehow not already taken – signmyrocket.com, you can have your own messages painted on some munitions heading towards the Russian front lines.

One part artillery, one part memes.

This particular fundraising campaign was started by a Ukrainian student named Anton Sokolenko. Chip in a few dollars to write something on some munitions, and the money will go towards buying things Ukrainian soldiers need. Soon enough, you have some self-propelled artillery that is bringing internet memes into terrestrial form. It’s similar to something like the Telegram account artillery_text, where you can donate money along with having a personal message written on an artillery shell.

Of course, combining humor with artillery is nothing new. After all, soldiers are people, and they are going to joke around at all times. It’s not like fighting WWII stopped Allied soldiers from scrawling “Easter eggs for Hitler” on artillery shells or drawing on every flat surface that “Killroy was here.”

So, it appears that the meme wars are as real as the next fire mission.