This airman helped gather 1,500 pounds of food and supplies to help Ukraine

“I wanted to make sure this drive had a meaningful impact on the people of Ukraine who were in need.” 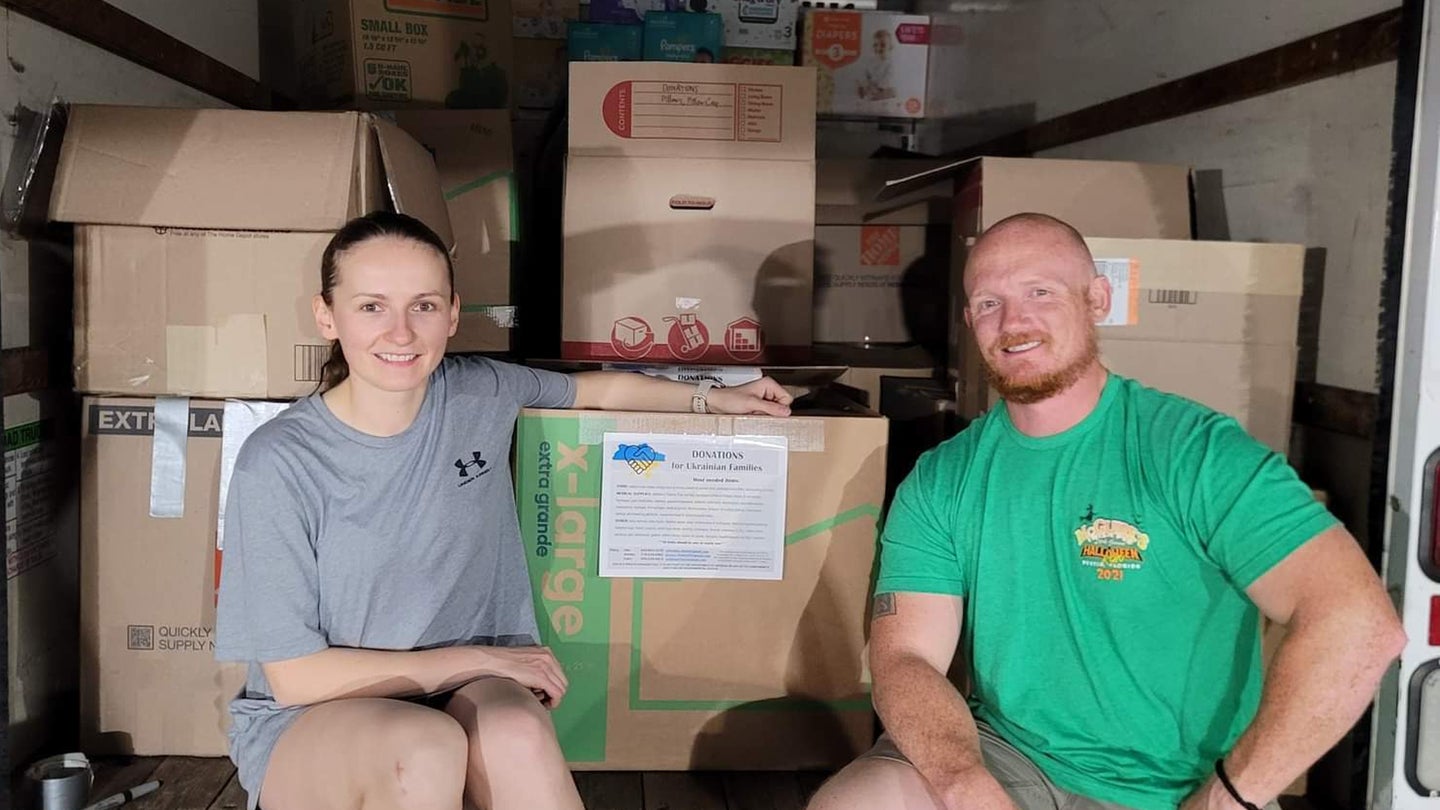 For one Air Force staff sergeant, Russia’s invasion of Ukraine earlier this year has hit very close to home.

Staff Sgt. Adrianna Choluj, the 1st Special Operations Wing noncommissioned officer in charge of protocol at Hurlburt Field, Florida, was born in Poland, according to a recent news release. Her family still lives there, so when Russia’s military started advancing into Ukraine in February, her “desire to support Ukraine was strong.”

In an effort to help, Choluj maintained “an active presence” in social media groups raising support for Ukraine, and even started “several fundraisers to help women and children staying at a hostel operated by her parents,” the release said. And when she learned about a donation drive in North Carolina run by a Polish vehicle shipping agent, she jumped at the opportunity to participate.

And she wasn’t the only one.

“I had posted the flyer on social media as a ‘last call’ for donations,” Choluj said of the donation drive. “Tech. Sgt. [Ian] Gateley reached out to me immediately asking for details.”

Gateley, who is close friends with Choluj and an explosive ordnance disposal technician with the 325th Civil Engineer Squadron, immediately put out the call for donations to the community on Tyndall Air Force Base.

With the help of airmen and civilians on base, and another EOD tech who helped Gateley, Tech Sgt. Edward Gooderham, Tyndall provided more than 800 pounds of donations to the drive, including food, medical supplies, toys, and clothes. Combined with donations from Hurlburt Field, the airmen gathered more than 1,500 pounds of “potentially life-saving supplies,” the release said.

Gooderham said ultimately he wanted to help because Ukrainian civilians “were being targeted unfairly.”

“They didn’t do anything and now they’re in danger all the time,” Gooderham said, “so any little thing that we could do to help was better than nothing.”