The war in Ukraine is risking a potential nuclear disaster 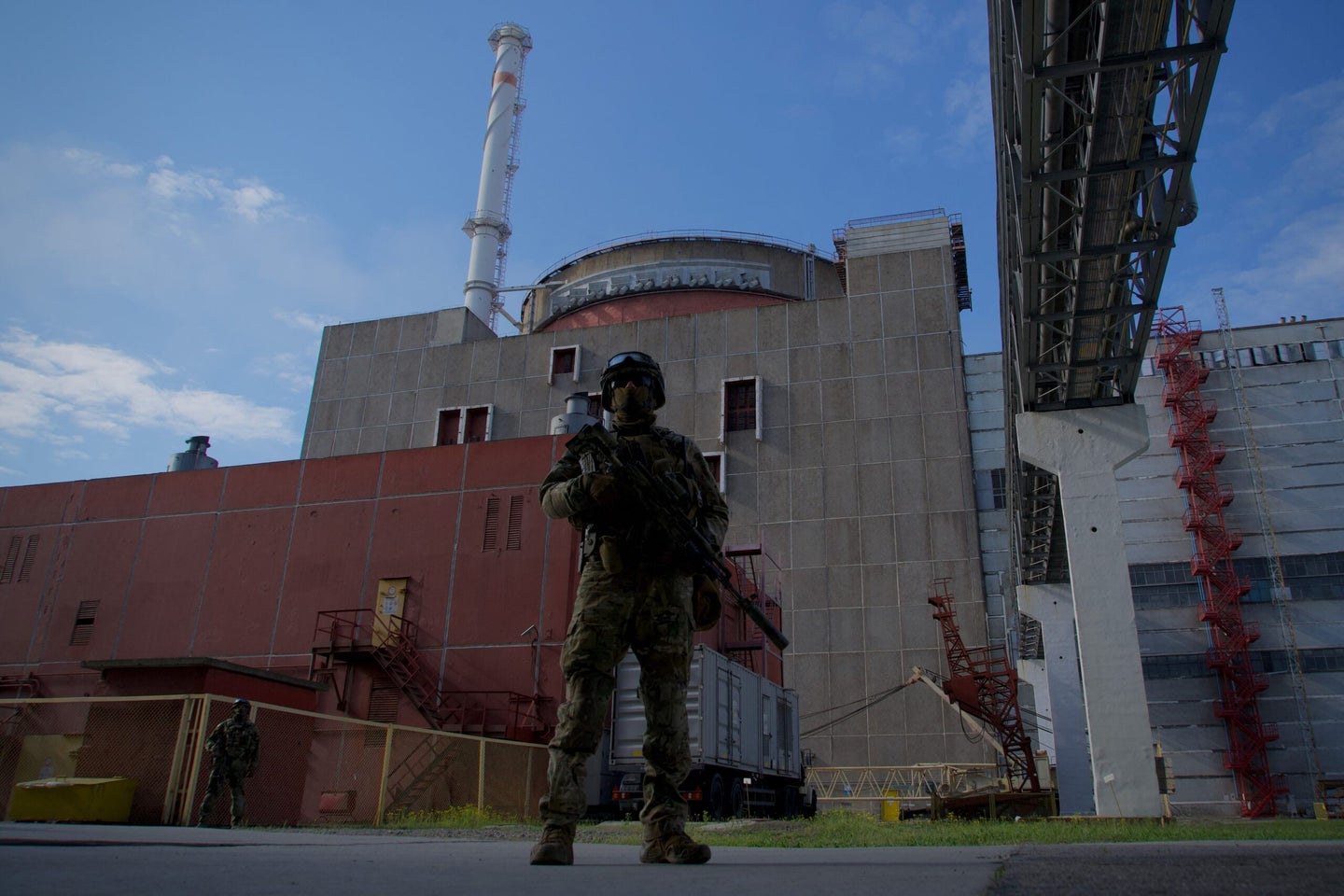 A Russian serviceman outside the Zaporizhzhia Nuclear Power Station on May 1, 2022. (Andrey Borodulin/AFP via Getty Images).
SHARE

The war in Ukraine has killed tens of thousands and displaced millions and now it’s putting the wider European continent at risk of a nuclear disaster. That’s the warning from the International Atomic Energy Agency, the United Nations organization that oversees nuclear power and research. The fighting in the war has shifted toward the Zaporizhzhia nuclear power plant, the largest in Europe, with at least 10 artillery shells hitting offices and a fire station on the plant in the last week. The reactors have not been damaged, but according to the IAEA, any damage to the facility risks greater disaster.

“These military actions near such a large nuclear facility could lead to very serious consequences,” IAEA Director General Rafael Mariano Grossi said during a United Nations Security Council meeting on Thursday. UN Secretary General António Guterres called for a demilitarized zone around the site, but that was rejected by Russia.

Russian forces captured the Zaporizhzhia power plant in March during the early days of the war as Russian troops moved toward Kyiv. That advance on the capital failed but Russian forces have retained control of the plant. The Ukrainian staff at Zaporizhzhia remain there, operating the facility, but Ukrainian President Volodymyr Zelensky also warned against fighting near the plant, saying in his address on Saturday that anyone directing attacks on the plant site or neighboring towns should face trial.

“Every Russian soldier who either shoots at the plant, or shoots under the cover of the plant, must understand that he is becoming a special target for our intelligence, for our special services, for our army,” Zelensky said during his address.

Western indirect involvement in the war has been heavy, with nations including the United States supplying arms and sending troops to neighboring countries to train Ukrainian forces. The risk of damage at the plant has multiple nations and international organizations concerned, given the wider danger posed to Europe as a whole. The Chernobyl incident in Ukraine more than 30 years ago endangered not just the Soviet Union but also the rest of the continent before responders were able to contain the nuclear fallout. During the early weeks of the war, Russian forces entered the Chernobyl Exclusion Zone without protection and stirred up radioactive dust from the area. A potential disaster at Zaporizhzhia could dwarf that.

The fighting near Zaporizhzhia comes as Ukraine is mounting a counterattack at the Russian-occupied city of Kherson. Ukrainian forces have destroyed or damaged the main bridges leading into the city, forcing Russian troops to rely on ferries to bring supplies to the front. Ukraine’s counteroffensive has been aided by Western-supplied HIMARS platforms and anti-radiation missiles.

The Zaporizhzhia power plant provides roughly a fifth of Ukraine’s power. The Ukrainian energy utility company Energoatom has claimed that Russia is trying to get the plant to cut off power to much of the country, while also directing power to Russian-annexed Crimea.