The humble C-40 is a militarized airliner for senior government leaders. But on Tuesday it flew a very controversial mission. 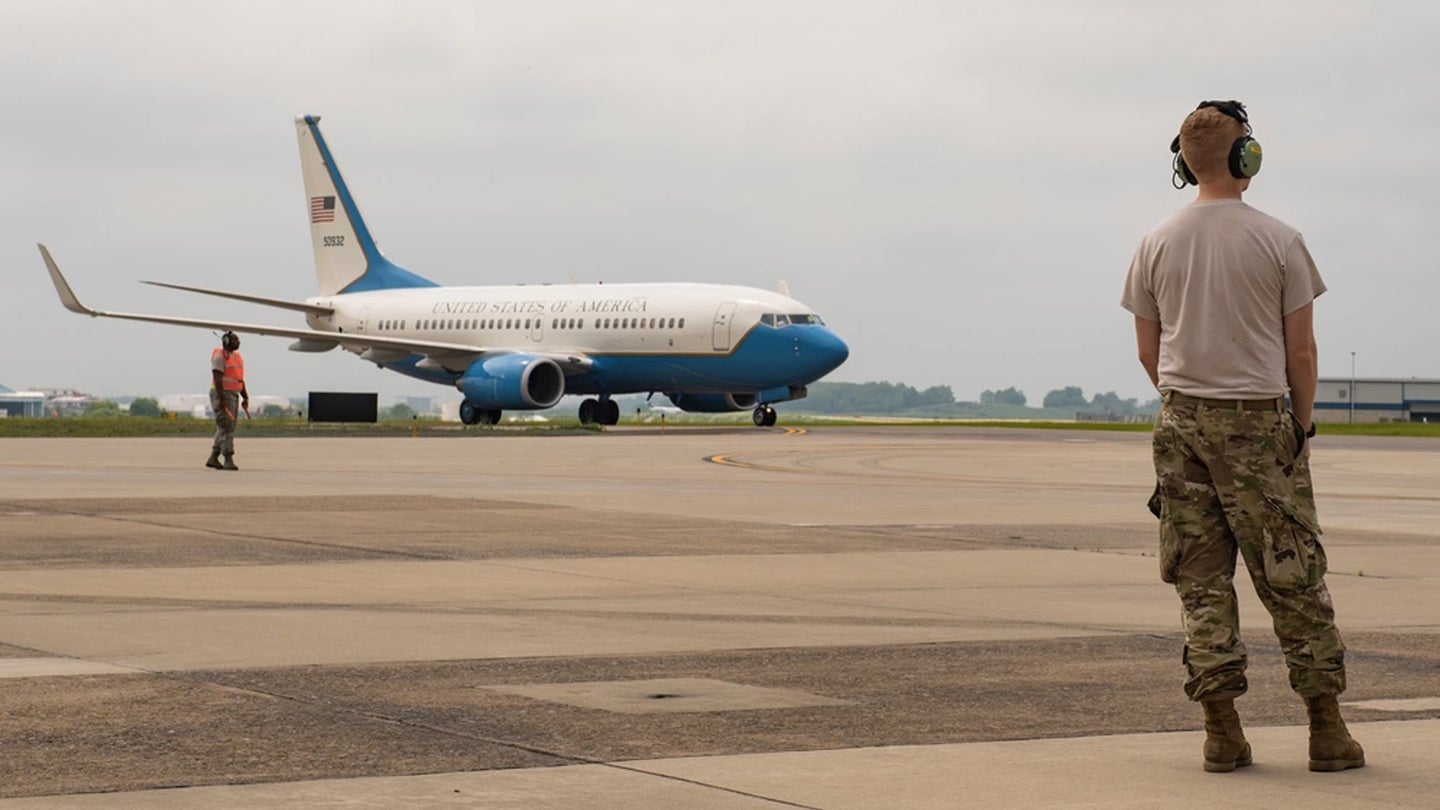 From the rugged A-10 Warthog attack plane to the expensive F-35 fighter and the ageless B-52 bomber, there are plenty of iconic Air Force jets that many American recognize, but the C-40C transport jet usually does not make the list. The plane is simply a militarized version of the Boeing 737-700 airliner and is designed to transport for senior military and government leaders, according to the Air Force.

But when one of those leaders is House Speaker Rep. Nancy Pelosi (D-Calif.), and her destination is a Pacific island that one of the most powerful nations on Earth views as a renegade province, then suddenly the C-40C became much more famous than usual. The global flight tracking service Flightradar24 reported on Tuesday that SPAR19, the C-40C which, according to Reuters footage, bore Pelosi to Taiwan that day for a diplomatic visit, became the most tracked live flight in Flightradar24’s history, with more than 708,000 people around the world watching the jet’s flight from Kuala Lumpur, Malaysia to Taipei.

There were so many people watching SPAR19 that it placed “extremely heavy load on Flightradar24 infrastructure,” the service wrote. Despite employees’ best efforts, the service had to briefly meter access for non-subscribers before restoring usual access for all users.

Why were so many people interested in watching this C-40 flight that it strained a tracking service usually employed by professionals and hardcore aviation fans? Well, it seems that Pelosi stole the show. Pelosi’s trip marks the highest-ranking visit to the island by an American official in 25 years. The trip has “enraged China,” which has tried to isolate the island diplomatically and thinks the lawmaker’s gesture could signify support for Taiwanese independence, the Washington Post reported.

The U.S. State Department calls Taiwan “a key U.S. partner in the Indo-Pacific,” though the former does not officially have “diplomatic relations” with the island and does not support Taiwan’s independence. China, on the other hand, regards Taiwan as part of its territory despite the island’s democratic government, which makes for a tricky situation for the U.S.

“We oppose any unilateral changes to the status quo from either side; we do not support Taiwan independence; and we expect cross-Strait differences to be resolved by peaceful means,” the U.S. State Department wrote.

Pelosi said Russia’s recent invasion of Ukraine prompted her visit to Taiwan, which she framed as a gesture of solidarity for worldwide democracy.

“Indeed, we take this trip at a time when the world faces a choice between autocracy and democracy,” the lawmaker wrote in an op-ed for The Washington Post. “As Russia wages its premeditated, illegal war against Ukraine, killing thousands of innocents — even children — it is essential that America and our allies make clear that we never give in to autocrats.”

Even so, other elements of the U.S. government were more reserved. President Joe Biden said late last month about the prospect of Pelosi visiting Taiwan that “I think that the military thinks it’s not a good idea right now, but I don’t know what the status of it is.”

The American Institute in Taiwan, the U.S. de facto embassy on the island, told The Washington Post that Pelosi’s visit will focus on U.S.-Taiwan relations, security, trade, COVID-19, climate change and other issues of “mutual interest.”

China will also be watching closely. On Tuesday Bloomberg reported that China had announced military drills to circle Taiwan from Thursday to Sunday. Bloomberg also reported earlier on Tuesday that Pelosi’s trip is among one of the most-watched in FlightRadar24 history. The former record holder for most-tracked-flight was Russian opposition politician Alexey Navalny’s commercial flight back to Russia in January 2021 after a possible poisoning attempt on his life, which drew 550,000 users, FlightRadar24 told Bloomberg.

We’ll have to see if Pelosi’s flight back to the U.S. draws as many eyes as her flight in did.