It’s fun to toy with the idea of the fighting for survival in the aftermath of the nuclear apocalypse that... 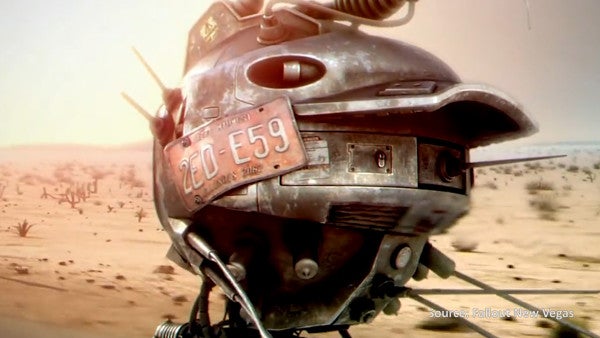 It’s fun to toy with the idea of the fighting for survival in the aftermath of the nuclear apocalypse that could happen if Airman Snuffy accidentally launches some missiles and starts World War 3. Here are my top five post-apocalyptic video games to take your mind off of guarding those sweet, sweet nukes.

Fallout 2 is usually referenced by the community as the gold standard of the franchise. What is Fallout? The Fallout series started in the mid-1990s and was set in a resource-depleted retro-future, where the style of the 1950's never went away. Fallout can best be described as what the Truman administration imagined the future to be like.

Fallout 2 is set a generation after Fallout 1, and your main aim is to save your village from dying, due to the horrible environmental damage brought about by nuclear weapons and weaponized viruses. The writing in the game is magnificent, with hundreds of characters to make the world feel truly real.

What distinguished Fallout 2 from other post-apocalyptic digital romps were the sheer number of quests you could do. You could become a karate master in the ruins of San Francisco, or become an evil Corleone-esque crime lord in the ruins of Reno.

Fallout 2 was powered by cultural references. Characters in the game would sling quotes from “Dune” and some easter eggs included nods to Monty Python and Star Trek. If you wandered the right part of the wasteland you would even find a wrecked Star Trek shuttle, where you could pick up a functioning phaser from a dead red-shirt. Fantastic.

Have you ever wondered what would happen to Russia after we nuked it back into the Stone Age? Well, I sure have, and if Metro 2033 is any indication, the post-apocalypse is just as weird in Russia as you would expect.

The Metro system in Moscow was designed to become a fallout shelter in the event of a nuclear war. After the bombs drop the denizens of Metro 2033 start to break off into various factions, fighting to control the resources of the shelters that survived. At one point you find yourself stuck between hard-line Communists and murderous Fascists fighting an underground war in the Russian subway system, ala World War 2. And then the mutants show up. Not only is this game a gem to look at, it is genuinely scary. Also, a cool feature is the option to use bullets as currency. Screw that bottlecap nonsense from Fallout, in the apocalypse, ammo is king.

A relatively recent edition compared to Fallout 2, New Vegas featured high-end graphics and a first-person shooter mentality that built off of the success of its predecessor, Fallout 3. The game suffered from software bugs when it was released, impacting reviews and sales, but once it was playable, the story hooked everyone that looked at it sideways. The game starts with you, playing the silent protagonist, The Courier, getting bushwhacked and left for dead for reasons unknown.

Eventually, the game unfolds three major factions and a pile of smaller ones. One faction consists of Caesar’s Legions, an army made up of slaves and tribal warriors. The New California Republic, who seemed to be trying to rebuild the old world out of the ashes of the new one, and a shadowy figure that started your quest in the first place.

Stalker was one of those games you heard about from your friend who wore black all the time, and you were like, yeah sure I’ll check it out when it is on sale. Then one day you downloaded it and three days later you are late for work. Metro 2033 borrowed a ton from Stalker, notably the mutants who were weird and terrifying as you navigated the open world of a nuclear disaster in Ukraine. The game was a blend of Fallout: New Vegas and Metro 2033, except it was less funny and more terrifying. Even if the monsters didn’t get you, the other humans sure would.

And for the final one, Mad Max, also known as that game where I punch people in the desert then hit them with my car.

Mad Max the video game had every right to be terrible, but it wasn’t. You start the game beating the snot out of someone, and from there you just drive like a madman and punch like an Aussie until the world sort of sorts itself out.

If I hadn’t seen the films I suppose I would have just assumed that this was how most of Australia was on a Wednesday, simply from the Aussie officers I went on TDY with in California back in the day.