XCOM 2 Review: ‘War Of The Chosen’ Is A Great Military Game Worth Exploring

XCOM computer games have been classic experiences since 1994. Through 11 updates the science fiction game relies on an international... 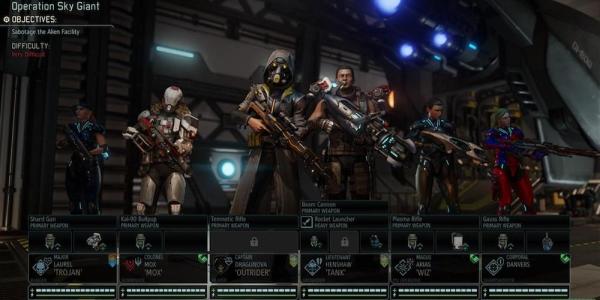 XCOM computer games have been classic experiences since 1994. Through 11 updates the science fiction game relies on an international COMbat team to counter eXtra-terrestrial invasions of Earth. A simple, turn-based game doesn’t sound like a great military simulation but XCOM has never been simple.

The player, as Commander, must work at multiple levels. Strategically, you must manage a global financing council, construct better bases, and research captured technology before developing them into arms, armor, and equipment. At the personnel level, you must recruit scientists, engineers, and soldiers; then manage and deploy your troops. In the latest versions, troops can be promoted through four(ish) learning trees (i.e. Sharpshooters, melee Rangers, Medic/Hacker Specialists, and Grenadiers). Tactically, squad combat against overpowering creatures occurs regularly and your troops will suffer. When they are injured they must heal; when they die you will memorialize them. The game grows in complexity and, notwithstanding the UFO nature of things, realism.

In 2012, a series reboot became another breakout hit. Firaxis Games built three sequels culminating in 2017's XCOM 2: War of the Chosen (WotC). I’ve played each game since 2012 and only grown more impressed. WotC is more elaborate than ever and therefore far more difficult and enjoyable.

Tactical employment of your troops remains critical. If you use cover and concealment your marksmanship takes a hit. If you don’t use cover and concealment you will die. The use of movement techniques – like bounding overwatch of buddy teams – is encouraged. Improper spacing is punished when an enemy grenade severely injures multiple foolhardy troopers. Overextend yourself, just a little bit, and you may trigger an alien ambush and watch a prized soldier fall to withering enemy fire. The franchise always incorporated panic responses when fellow soldiers are injured or killed and morale falls; WotC goes further still.

The tactical map is where your squad does their dirty work. Here two XCOM troops engage in combat with four aliens, but only three are in close proximity. Ranger Danvers (top center) secured cover but Specialist Schott (center) risks being flanked.Screenshot

Soldiers bond with squadmates after multiple missions. These bonds reward when buddy teams are used again. But the risks increase too; should a bondmate fall dead or injured. When things go poorly soldier ‘will’ declines and they lose their shit. PTSD exists, causing soldiers to develop negative traits. For instance, if a trooper suffered burns she may incur a ‘fear of fire’ which can manifest later, usually at the worst time.

Each soldier has skills. Ranger Danvers prepares to fire her shotgun, with only a 39% chance to hit. Rangers are better close-in with a blade, seen on her back. The Reaper (lower left) can back her up with mad sniper skills.Screenshot

XCOM squaddies are always overmatched; only at endgame do they achieve parity with their alien opponents. They will die, accumulate injuries and tire during missions and covert actions. This prohibits the Commander from relying upon a single super squad. Instead, you must build a bench. There’s never enough money, supplies, engineers, scientists or soldiers to do everything. The Commander must hope that the latest time-consuming research (e.g. alien autopsy) gives you the new tech you need to counter the enemies’ oppressive powers. Or hope that any myriad of other bad things doesn’t happen. And we all know how hope works.

Since 1994, XCOM has let players rename their SGT John Smiths into friends or family members. In Bosnia (‘96), my XCOM characters shared the same names as my mortarmen – who also loved the game. In 2012, I named my XCOM troops after my Brigade officers AND customized their appearance accordingly. Now it’s family members and Supergirl TV characters. Characters also speak different languages and manifest attitudes from the straitlaced ‘by the book’ to the sarcastic ‘hard luck’ case. When victorious, these heroes construct their own propaganda posters! The personalization adds even more angst when a beloved combatant meets their maker. You learn to deal with defeat…or cheat and load your last saved game.

I don’t have much time for games, but I make time for XCOM. Seeing the realities of war and using actual tactics makes for an amusing time. XCOM2: War of the Chosen is THE best game – computer or otherwise – I have ever played and I have played many.

'HunterJaegar6’ is the nom de jeu of an infantry officer. He’s done his fair share of bounding overwatch but never actually felled a Sectopod alien walking tank with a laser sword.