Ahead of Ukraine’s Independence Day on Wednesday, Kyiv is lining the streets with wrecked Russian tanks. 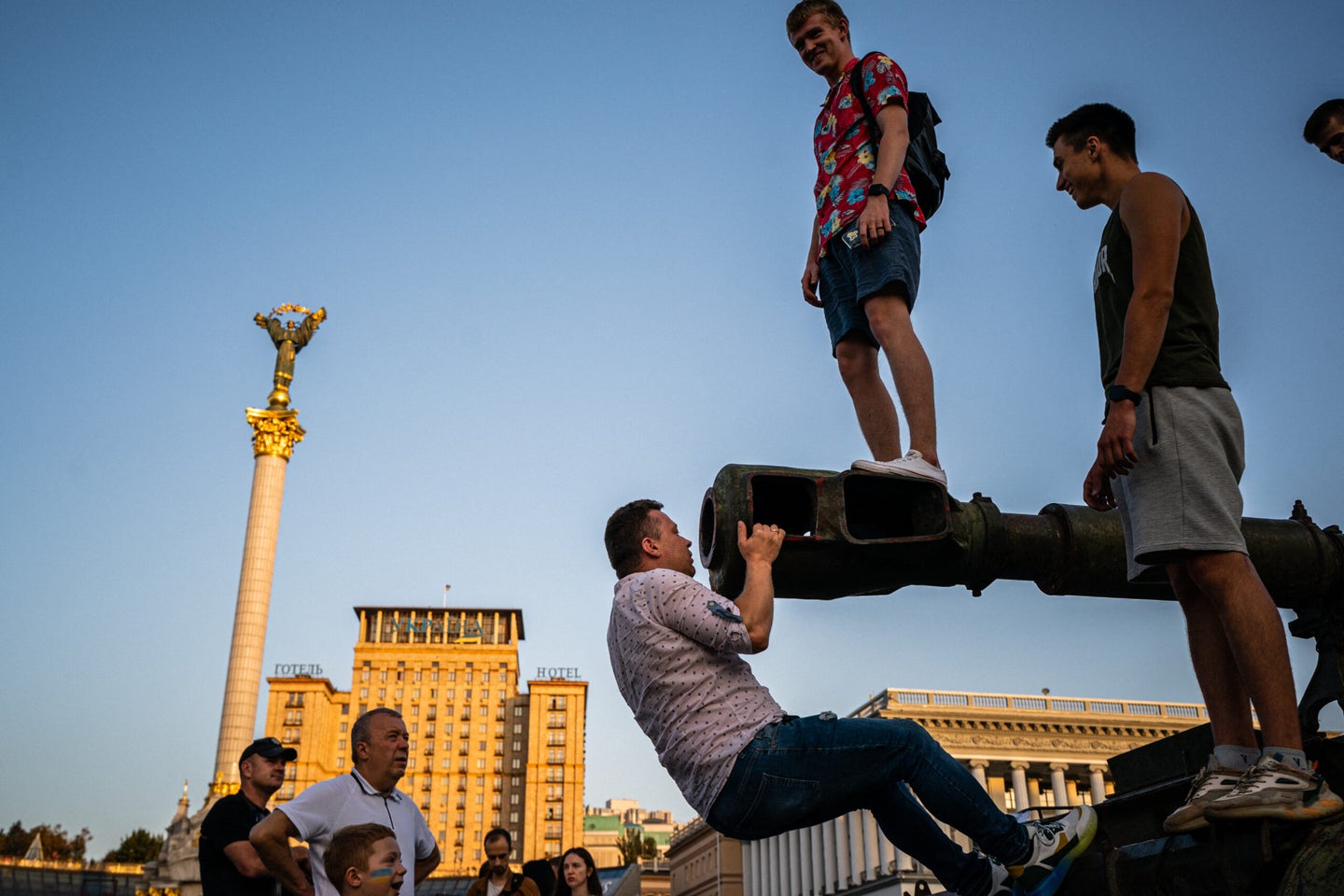 Ukrainians are getting very good at trolling Russia. Their fighters have changed road signs to make the enemy get lost. Soldiers on an island told a warship to go fuck themselves (and the military eventually sank said warship). Ukraine’s latest move: lining Kyiv’s streets with the burnt-out husks of destroyed Russian tanks. They’ve been placed around the capital along the route as a kind of Independence Day parade.

Ukraine celebrates its independence from the Soviet Union on Wednesday, Aug. 24, which also marks six months since the war broke out. Russia allegedly hoped its initial incursion would lead to a quick seizure of the capital, so they could do a military parade through Kyiv. Well, the tanks are there, in a way.

Consider it Ukrainians hitting the invading force with the Uno reverse card.

The tanks were set up in two lines along Kyiv’s main street in advance of the celebrations. Business Insider reported families strolling alongside the charred, disfigured remains of the tanks. The setup isn’t limited to just that kind of armor — captured vehicles were also on display.

“6 months into the large-scale war the shameful display of rusty [R]ussian metal is a reminder to all dictators how their plans may be ruined by a free and courageous nation,” the Defense Ministry tweeted about the display.

The display might be the only actual parade the capital has. Due to the martial law in effect, the nation’s Culture Ministry isn’t holding any official celebrations. Ukrainian President Volodymyr Zelensky said in his Saturday speech to the nation that Ukrainians should avoid large gatherings on Wednesday, warning that Russia might launch attacks on the holiday across the country. Over the weekend, however, people in Kyiv seemed to be enjoying the armor display, with photos from NPR and The Telegraph showing people taking photos with the wrecks and playing or gathering around them.

This isn’t the first time Ukrainians have trotted out the husks of wrecked Russian tanks for show. The Defense Ministry set up an exhibition of these destroyed tanks in front of the Foreign Ministry building earlier this summer. In Kharkiv in the country’s east, where the fighting continues, workers actually were repairing captured Russian tanks to field against their previous owners.

Despite the clever and cold-blooded trolling in Kyiv, the situation in Ukraine remains dire. Even though Russia has suffered at least 70,000 casualties, and lost hundreds of tanks, its efforts to capture parts of the country don’t show signs of slowing. The fighting remains heavy in the country’s east, with major artillery barrages being fired by both sides near Mykolaiv.

Meanwhile, the United Nations and the International Atomic Energy Agency continue to express concern about the dangers of fighting near the Zaporizhzhia nuclear power plant.