"Cadets are being held accountable for breaking the code." 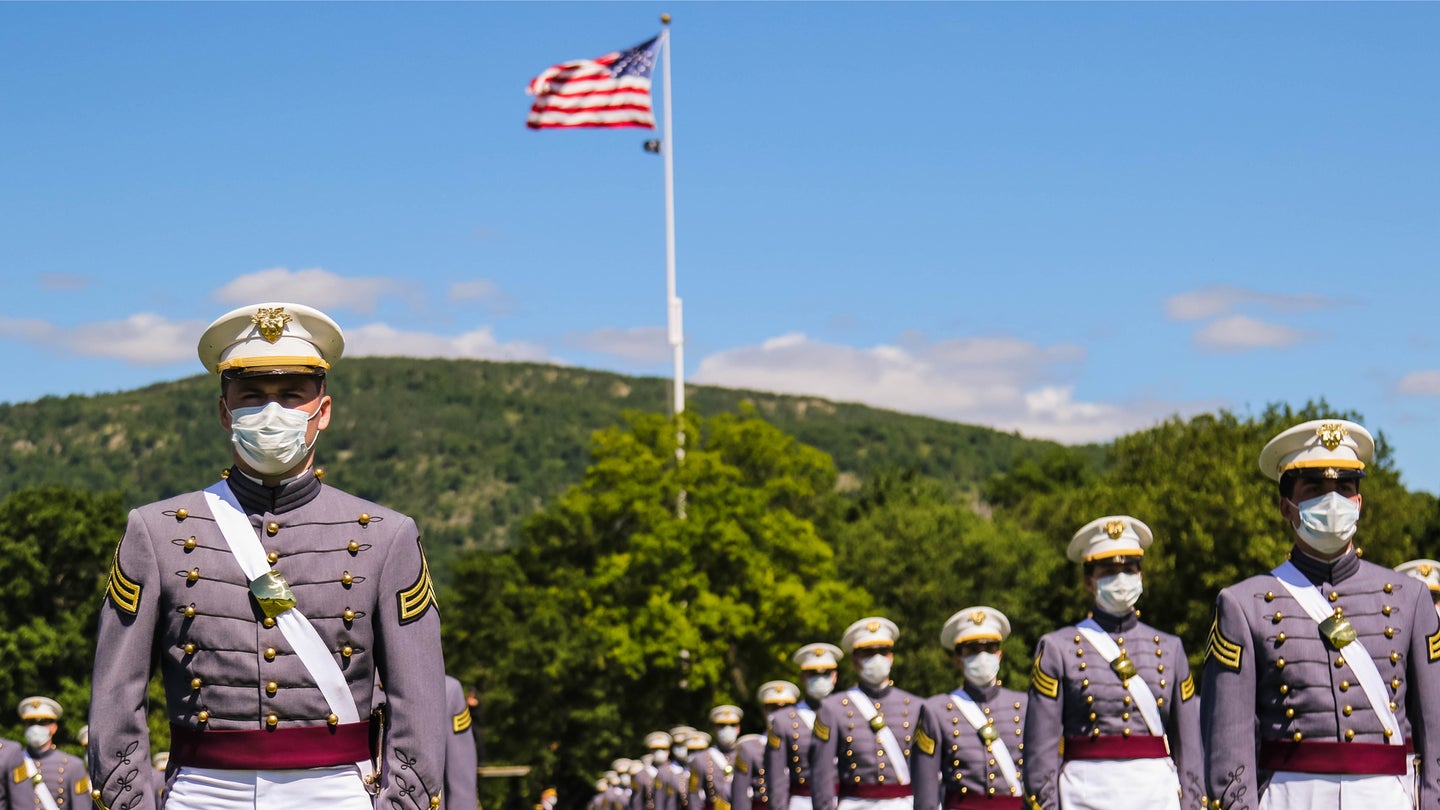 The U.S. Military Academy at West Point held its graduation and commissioning ceremony for the Class of 2020 on The Plain in West Point, New York, June 13, 2020.
SHARE

Dozens of cadets at the U.S. Military Academy at West Point stand accused of cheating on a recent examination, USA Today first reported on Monday, calling it the “worst academic scandal since the 1970s” at the academy.

In total, 73 cadets — 72 freshmen and one sophomore — were identified to have allegedly cheated on a calculus final in May, Lt. Col. Christopher Ophardt, a West Point spokesman, told Task & Purpose.

The cadets were taking the test from their respective homes due to novel coronavirus (COVID-19) restrictions.

The West Point Cadet Code of Honor explicitly states that a West Point cadet “will not lie, cheat or steal, nor tolerate those who do.”

Rep. Jackie Speier (D-Calif.), the head of the House Armed Services Subcommittee on Military Personnel, told USA Today that West Point cadets “are the cream of the crop and are expected to demonstrate unimpeachable character and integrity.”

All 73 cadets were investigated by an honors board, leading to two cases being dropped due to lack of evidence and four cadets resigning from the academy, leaving 67 remaining cases.

Army Secretary Ryan McCarthy said in a statement on Monday that the honor process “is working as expected and Cadets will be held accountable for breaking the code.”

A statement from the West Point public affairs office echoed McCarthy, stating that there “have been no exceptions to policy for any of these cases.”

Of those 67 cadets, 59 admitted to cheating when confronted with the investigators’ evidence.

After admitting to cheating, 55 of those cadets were automatically enrolled in a “willful admissions” rehabilitation process, Ophardt explained, which requires them to work with a mentor, take additional classes, and study the honor code.

According to the West Point Association of Graduates, the willful admissions process requires cadets “be forthright and sincere, demonstrate a desire for rehabilitation through the honor mentorship program, not have had a previous honor violation and recommended for retention through the Corps by the honor committee and the chain of command.”

Four cadets of the 59 who admitted to cheating did not qualify for the willful admissions process because they didn’t meet other various requirements — things like having a certain grade point average and having passed their fitness tests. Their files will go before a cadet advisory board, Ophardt said, who will determine if the cadets are “worthy” of being rehabilitated.

The remaining eight cadets of the 67 total did not admit to cheating when confronted with the investigators’ evidence. Next semester, Ophardt said, those eight will have a full honors hearing where a panel of their peers will listen to the investigator’s evidence, hear the cadets being accused of cheating defend themselves, and ultimately come to the conclusion of if the cadets did or did not cheat.

After making their findings, investigators will recommend to West Point Superintendent Lt. Gen. Darryl Williams what consequences the cadets should or should not face.

All cadets who are found to have cheated will end up on probation until the day they graduate, Ophardt said, adding that West Point has “no two-honor-violation cadets on the books.”

As USA Today reported, the most recent cheating incident of this size happened at the academy in 1976 “when 153 cadets at West Point resigned or were expelled for cheating on an electrical engineering exam.”

Ophardt said that this recent event is different than past cheating scandals, like the one in 1976, and another in 1951, when 90 cadets “eventually resigned or were expelled for cheating,” according to the New York Times.

In the two previous incidents, “the entire system broke down,” Ophardt said.

“It was a mess,” he explained, adding that in the 1976 and 1951 cheating scandal, “some people were punished while others weren’t.”

But this year, Ophardt said, the system is working the way it’s supposed to and every cadet will “be held accountable.”

West Point is not the only service academy to face incidents like this. The Naval Academy caught 125 midshipmen in a cheating scandal in 1992, USA Today reported. In 2007 almost 40 cadets at the Air Force Academy were investigated for cheating, leading to 15 expulsions and three resignations.