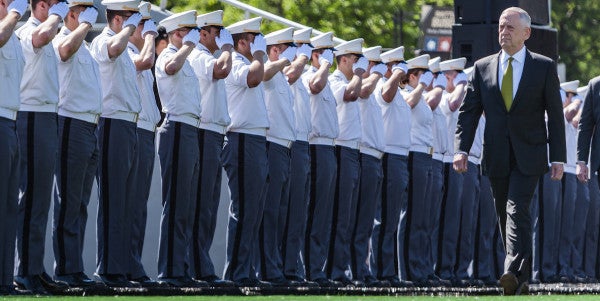 Defense Secretary Jim Mattis spoke Saturday at the U.S. Military Academy graduation and commissioning, telling the West Point graduating class of 2017 that it was a great honor to be present at one of the nation’s foundational keystones.

“By the time this class was in first-grade classrooms in every state across our union,” Mattis said, “our country had been thrust into a war by maniacs who thought that by hurting us they could scare us. Well, we don’t scare, and nothing better represents America’s awesome determination to defend herself than this graduating class.”

Watch his full graduation speech below.