It turns out that this Russian propaganda video was less than accurate. 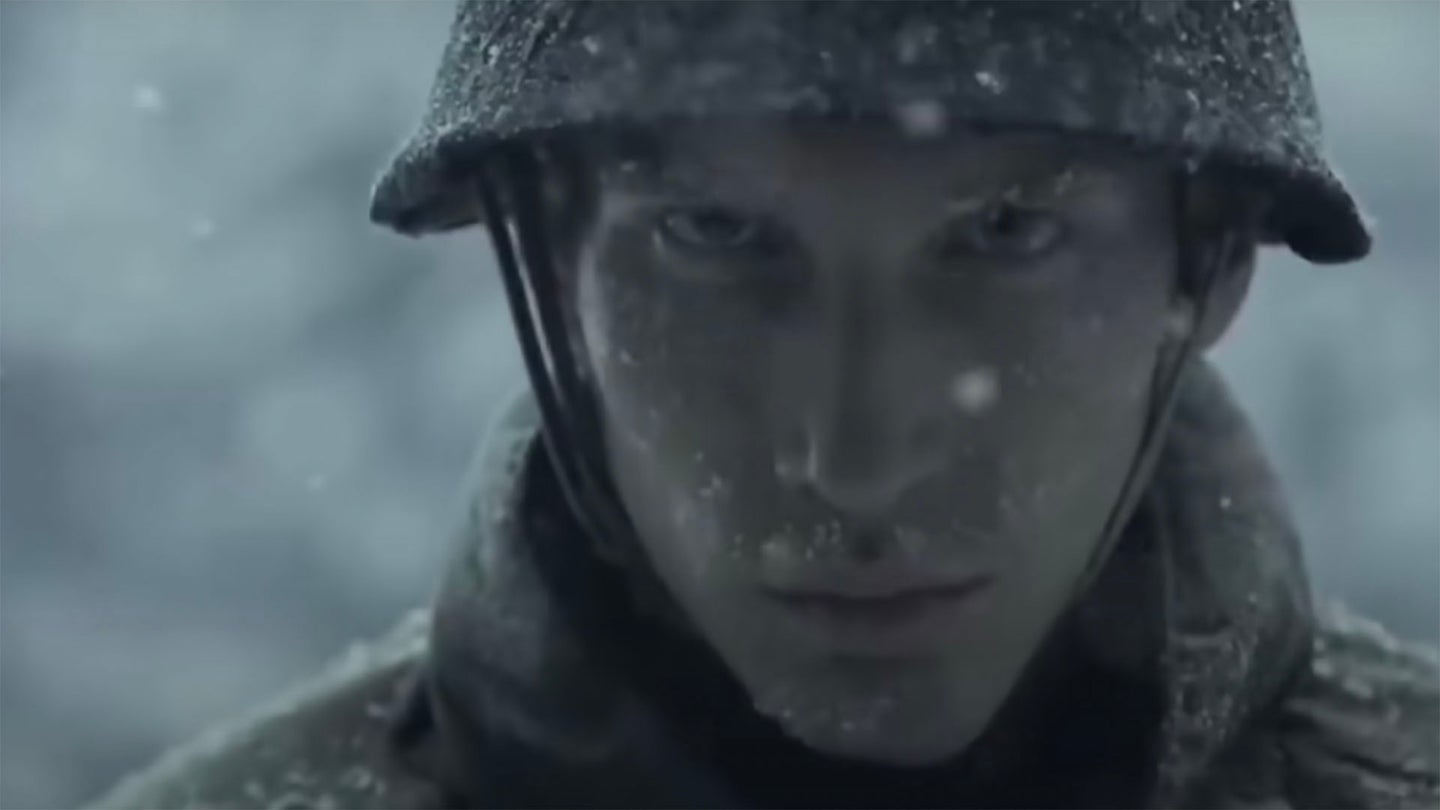 Expectation did not meet reality, in this case.
SHARE

Not too long ago, certain lawmakers and media personalities were positively drooling about a Russian military recruiting commercial that showed a muscular young man doing PT, jumping out of an airplane, and killing a terrorist with his sniper rifle.

In one memorable instance, the Russian commercial was juxtaposed with a U.S. Army recruiting commercial that featured the story of a soldier who grew up with two mothers, and shared widely across social media. That video went viral when Sen. Ted Cruz (R-Texas) retweeted it along with the comment: “Holy crap. Perhaps a woke, emasculated military is not the best idea….”

The message was clear: Russian troops are virile, healthy, and strong super soldiers, who are fueled by raw testosterone to become Alpha males on the battlefield. Critics of President Joe Biden pointed to the video as evidence that the Russian military was masculine and strong, while the American military had become more feminine and — in their eyes — weak.

But the performance of Russian troops in Ukraine over the past year serves as a stark reminder that expectations do not always meet reality. In fact, Russia’s army of supposedly ripped, barrel-chested, supermen has fought so poorly in Ukraine that the Russians have been forced to mobilize veterans who have been out of uniform for a decade or more. Pictures of white-haired men in Russian uniforms receiving their weapons are eerily reminiscent of Germany’s Volkssturm, which involved the recruitment of old men, including World War I veterans, during the last year of World War II.

Recalling all the Russian military’s failures in Ukraine since February would take far too much time, but it’s worth remembering some of the highlights. At the war’s outset, Russia attempted to swiftly capture Kyiv. The initial attack included an assault by Russian airborne troops on Hostomel airport, just 10 kilometers from Ukraine’s capital. But the Russian advance from the north ran out of fuel and became a 40-mile traffic jam. Eventually, the Russian military had to abandon its attempt to take Kyiv and the troops at Hostomel airport were forced to retreat.

The ignominious end to the Hostomel mission is not exactly how that viral Russian recruiting commercial portrayed Russia’s airborne operations. It is also one of many major setbacks for the Russians, who reportedly lost several general officers that were forced to micromanage their troops from the front because they didn’t trust their subordinates to do their jobs.

The Russian military was also hampered when its communications system broke down, so its troops and leaders started using cell phones that could be targeted by the Ukrainians.

The feared Russian warship Moskva, which helped capture Ukraine’s Snake Island in the opening days of the war, sank in April. The circumstances of what happened remain murky. The Ukrainians claim they struck the ship with two Neptune anti-ship missiles. The official Russian story is that the ship was damaged and later sank after a fire broke out aboard the vessel and set off its ammunition.  Either way, the former pride of the Black Sea fleet has transitioned from a cruiser to a submarine, and the Ukrainians retook Snake Island at the end of June.

Russian tanks have proven so vulnerable to any sort of anti-tank weapon that more than 1,000 of them have been lost since the start of the Ukraine war. The Russian military’s tank tactics are not much better. In March, a large Russian column of tanks came within eight miles of Kyiv but they bunched up their vehicles on the road and became easy targets for Ukrainian artillery.

As for how well the individual Russian soldier has fought in Ukraine: let’s not forget the video of a Russian soldier running from a drone, who led the aircraft right back to Russian positions, which were then reportedly attacked by Ukrainian artillery. Another video showed how Russian troops were unable to do a single thing right when caught in a Ukrainian ambush. And then there was that time a group of Russian soldiers were trapped in an elevator.

In one battle alone, more than 400 of roughly 550 Russian troops who tried to cross the Siverskyi Donets River in May were killed, showing an appalling lack of tactical skill.

Indeed, the Russians have fared so badly in Ukraine that the recruiting commercial that so many people swooned over last year has been brutally parodied.

The lessons from all this are: 1) Don’t believe Russian recruiting commercials; 2) If you’re going to make snap judgements about a military’s strength, do it based on battlefield successes, not propaganda footage.