The video captures why Ukraine is doing so well. 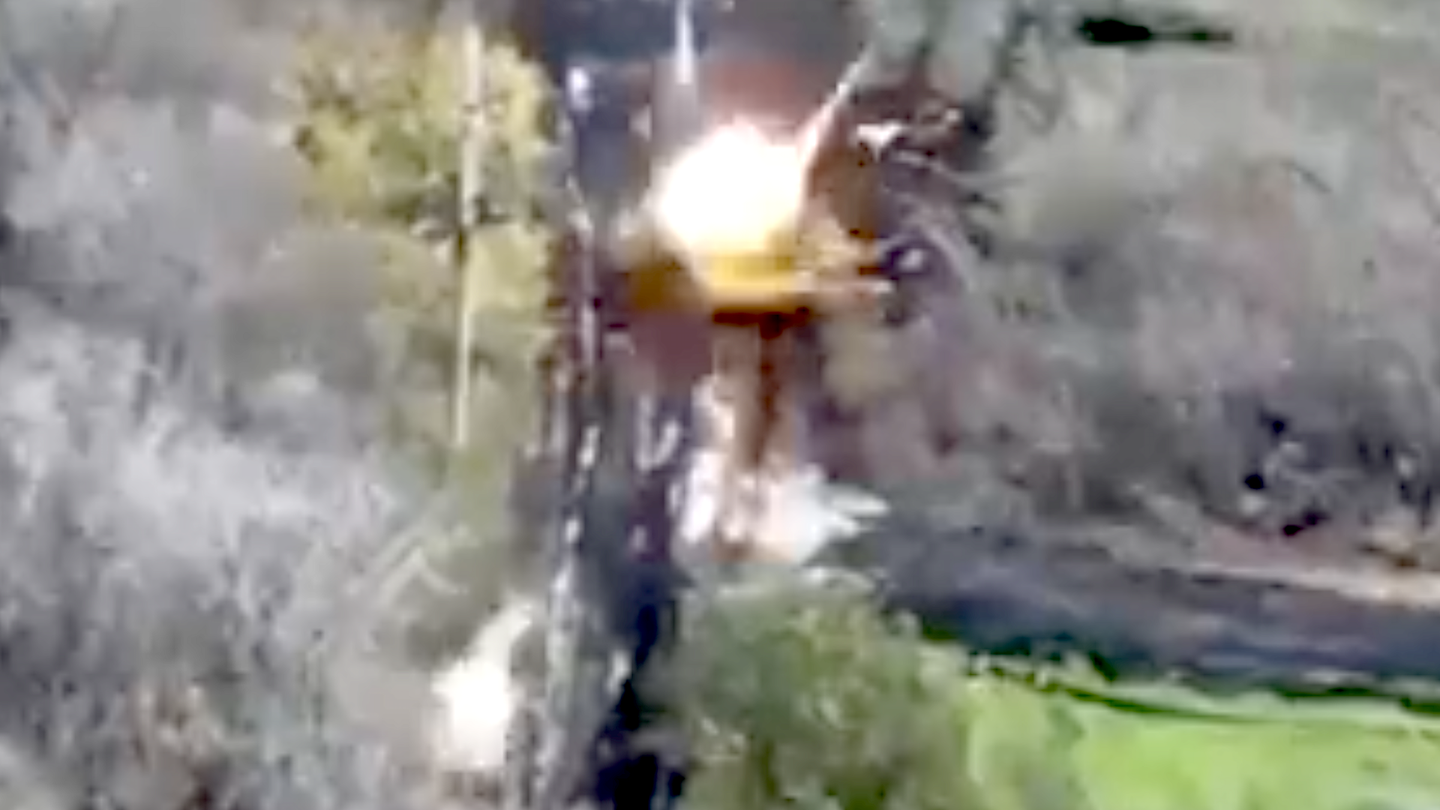 A single soldier taking out a heavily-armed tank on their own is usually the stuff of Hollywood, but it’s become a relatively common occurrence in the war in Ukraine.

This is probably best captured in a new video released by the Ukrainian government showing a Ukrainian paratrooper sneaking up behind a Russian tank and killing it with only two shots.

The footage, released by the Ukrainian Ministry of Defense and apparently taken by drone, shows a Russian tank trundling down a dirt road in a forested part of the country. A single soldier, identified by the defense ministry as a paratrooper, sneaks out of the woods, takes aim with an unidentified anti-tank weapon, and scores a direct hit on the top of the tank, identified by Ukraine Weapons Tracker on Twitter as a T-80BV. The tank veers forward in a plume of smoke, firing back briefly before a second explosion, apparently another strike, blows off its top.

“A soldier of the 95th Air Assault Brigade of the Armed Forces of Ukraine practically destroyed an enemy tank at close range. Glory to Ukraine!” the defense ministry wrote in its caption to the video in Ukrainian.

The video doesn’t say when or where the ambush took place, although others identified it as taking place in the eastern part of the country where Ukrainian forces have been recapturing territory previously under Russian control.

Despite a large mobilization in the last two months, Russian forces have been losing ground near Kharkiv following a Ukrainian counteroffensive. It’s also unclear what weapon was used by the paratrooper, although Ukrainian forces have access to several shoulder-fired anti-tank weapons.

The war has not been great for Russian armor. With Western-supplied anti-tank missiles and powerful artillery, Ukrainian troops have decimated Russia’s tank fleet, with as many as 1,000 tanks lost, per estimates from the open-source database Oryx. And those tanks that weren’t fully destroyed have been recovered and refielded by Ukraine, with more than half of the country’s tank fleet now consisting of captured Russian ones. Meanwhile, Ukraine is set to get a new complement of T-72 tanks, currently owned by the Czech Republic but paid for by the United States.

The Ukrainian counteroffensive has also revealed the disarray of Russian troops as they are pushed back. Indeed, despite an influx of manpower, Russian forces have proven unable to gain air superiority as Ukrainian anti-air missiles continue to pick Russian helicopters out of the sky. Ukraine has also been striking deeper into Russian-controlled territory, launching a bold aerial and marine drone attack on the Russian Black Sea fleet in Sevastopol in late October.

A lone paratrooper taking out a Russian tank is an impressive feat on its own, but it also captures the wider dynamics of why Ukraine has been able to mount such strong resistance in the months-long war.