Pentagon: Russia has lost half of its main battle tanks in Ukraine

Tanks for the memories! 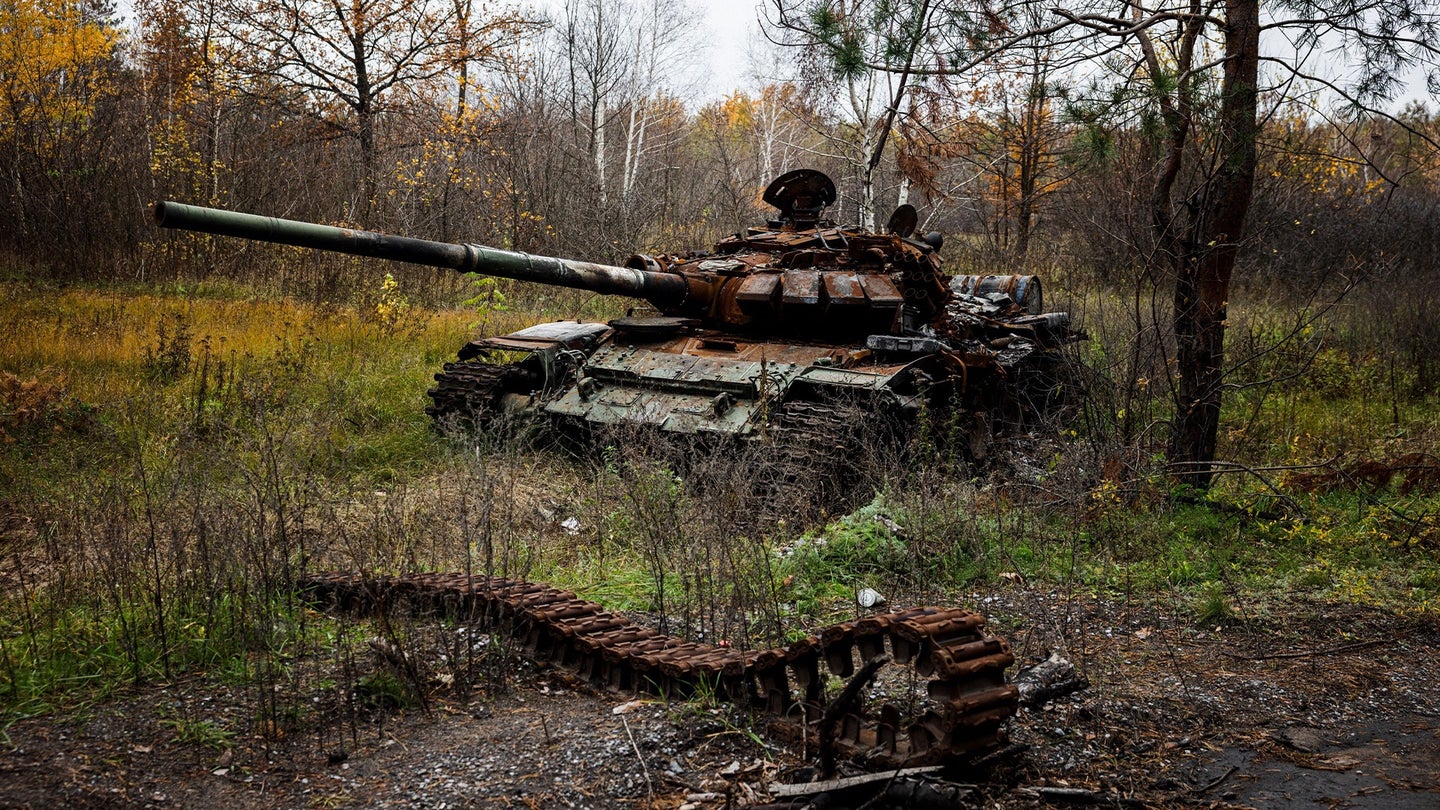 The Defense Department says that Russia, now almost nine months into its invasion of Ukraine, may have lost a staggering amount of armor as well as tens of thousands of troops.

Speaking to reporters on Nov. 8, Undersecretary of Defense for Policy Colin Kahl stated that the Russian military had  “probably lost half their main battle tanks,” calling the invasion of Ukraine a “massive strategic failure.”

The Ukrainian military estimated on Nov. 10 that Russia has lost 2,804 tanks and 5,682 other armored vehicles since the start of the invasion in February.

Other intelligence sources have put that number much lower, however. Oryx, an independent open-source intelligence site that has documented Russian losses through photographic and video evidence, has currently tallied 1,460 tanks of all models (including the T-62, T-72, T-80, and T-90) lost in Ukraine since the start of the invasion, with 841 tanks destroyed, 62 damaged, 54 abandoned and 503 captured.

While Oryx notes that those numbers may in fact be higher, losses of almost 1,500 tanks represent around half of pre-invasion estimates of the size of Russia’s armored forces in active service and are in line with the Pentagon’s statements.

The massive loss of Russian tanks can certainly be attributed, at least partially, to the thousands of anti-tank weapons that Western nations have sent to  Ukraine since the start of the invasion, including the FGM-148 Javelin anti-armor systems. As of Oct. 14, U.S. security assistance to Ukraine has included more than 8,500 Javelins.

Relatively easy to operate and able to strike targets from straight on or above, where tank armor is weakest, the Javelin has become the anti-tank weapon of choice for the Ukrainian military. Indeed, the missile has proven so wildly effective that it has even inspired memes like “Saint Javelin.”

“The Javelin, where it’s effective is: I see it; I shoot; then I can run away, reload, and get ready for another one – and that weapon is most likely going to hit the target,” Marine Col. James W. Frey, a senior military fellow at the Center for a New American Security think tank in Washington, D.C. told Task & Purpose in March. “By the time the enemy sees you, you’ve moved from your position.”

Beyond those Russian tanks destroyed by anti-armor weapons, Ukraine has also captured hundreds of vehicles for use against the invading forces. In October, the British Ministry of Defense estimated that “over half of Ukraine’s currently fielded tank fleet potentially consists of captured vehicles.”

In addition to tanks, Russia has apparently lost a staggering number of troops. Gen. Mark Milley, chairman of the Joint Chiefs of Staff, on Wednesday estimated that more than 100,000 Russian troops had been killed or wounded since the invasion began. Milley also estimated similar losses for Ukrainian forces, a testament to the brutality of the conflict.

The tank may not be obsolete, but Russia is certainly paying a heavy price in armor as the invasion grinds on.