A report by a U.S. whistleblower released on Thursday alleged that President Donald Trump used his office to solicit Ukraine's interference in the 2020 election, risking U.S. national security 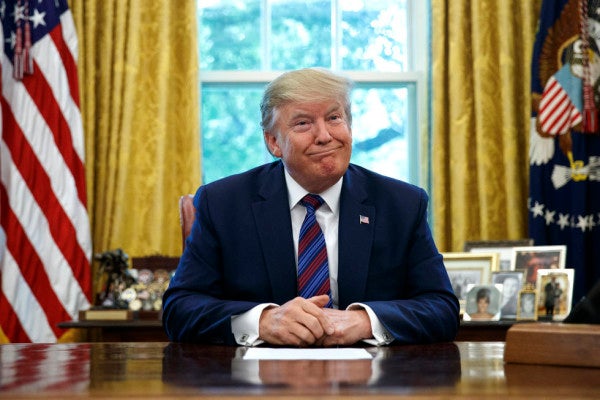 WASHINGTON (Reuters) – A report by a U.S. whistleblower released on Thursday alleged that President Donald Trump used his office to solicit Ukraine's interference in the 2020 election, risking U.S. national security.

The report was made public shortly before the scheduled start of a House of Representatives Intelligence Committee hearing at which acting Director of National Intelligence, Joseph Maguire, is to testify after refusing for weeks to share the report with Congress.

The report was declassified and released by the committee after weeks of controversy over the matter, which helped lead House Speaker Nancy Pelosi to launch a formal impeachment inquiry into the Republican president.

A law required that the report be sent to lawmakers after an inspector general determined that it was urgent and credible.

Shortly before the hearing, the intelligence committee's chairman, Democratic Representative Adam Schiff, announced that it had received the declassified complaint and released it to the public.

“This complaint should never have been withheld from Congress. It exposed serious wrongdoing, and was found both urgent and credible by the Inspector General,” Schiff said in a statement.

The whistleblower complaint concerns a July 25 telephone call in which Trump pressed Ukrainian President Volodymyr Zelenskiy to investigate Joe Biden, the 2020 Democratic presidential front-runner, and his son Hunter, who had worked for a company drilling for gas in Ukraine.

Reports about the call prompted Democrats on Tuesday to launch a formal impeachment inquiry into Trump, accusing him of seeking foreign help to smear Biden, the former U.S. vice president. There is no evidence the Bidens acted improperly.

Read the whistleblower complaint below: