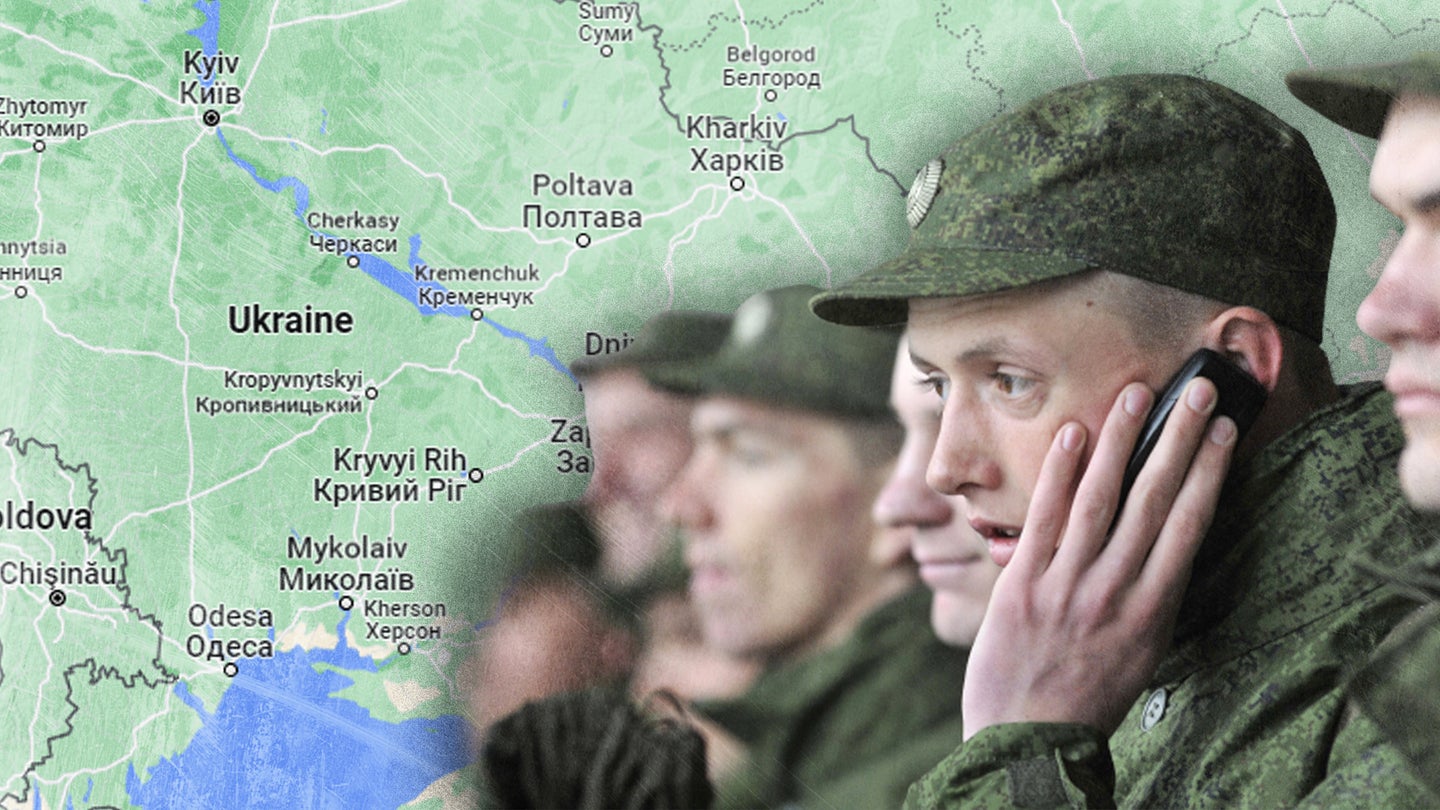 A Russian volunteer in eastern Ukraine has single-handedly justified every U.S. military commander’s fear that American troops could unwittingly reveal their position to the enemy by posting selfies on social media.

Because this Russian service member is the epitome of “Carl,” — the U.S. Army’s nickname for a soldier who always screws up — Task & Purpose is referring to him as “Russian Carl” to drive home just how epic his OPSEC failure is.

Last month, Russian Carl posted pictures and videos of himself and members of the 10th Spetsnaz Brigade on VKontakte — Russia’s equivalent of Facebook, said former Marine Capt. Rob Lee, who shared another Russian social media user’s account of the debacle on Twitter.

Some of the images and videos that Russian Carl posted had the geolocation tag turned on, making it easy for anyone to pinpoint the exact location of a country club where Russian troops were billeted at the time, said Lee, who spent a year with a defense-focused think tank in Moscow.

On Dec. 20, the Ukrainians destroyed that country club, and while it is unclear whether Russian Carl’s OPSEC failure was directly responsible for the Ukrainian attack, he was kind enough to post video of the ruined building afterwards, providing Ukrainians with a battle damage assessment that showed their strikes were successful, Lee said.

“He left a trail of easy clues to determine where he was and was posting them openly on his Vk page,” Lee told Task & Purpose. “This Russian Vk page where I found the info was angry at him and other soldiers or supporters who commit OPSEC mistakes and get Russian soldiers killed.”

The U.S. military has long worried about just such a scenario involving American troops taking place. In 2020, a Marine unit was “killed” during a training exercise after a lance corporal posted a selfie on social media. Separately, the I Marine Expeditionary Force conducted an exercise a few years ago that showed how the billeting area of a Marine base had the largest electronic signature because the Marines were constantly using their phones.

OPSEC has proven to be one of Russia’s most glaring weaknesses since Russian forces invaded Ukraine in late February. When their communications systems failed, Russian troops started using cell phones. Since those mobile devices used Ukraine’s cellular network, Ukrainian forces were able to triangulate Russian positions with ease.

It is unclear whether such OPSEC failures allowed the Ukrainians to target a building in Makiivka in eastern Ukraine that housed Russian soldiers on New Year’s Day. The Ukrainians have claimed that hundreds of Russian troops were killed in the strike. On Wednesday, Russia’s defense ministry increased its estimate of how many Russian troops were killed in the strike from 63 to 89 in a rare acknowledgment of its combat losses.

Russian state media has reported that “active use of cellular phones by the newly arrived servicemen” had helped the Ukrainians to target the Russian troops at Makiivka, the New York Times reported.

Such statements by state-run media and pro-war Russian military bloggers are likely part of the Russian defense ministry’s efforts to defect blame for OPSEC failures on Russian troops themselves as well as officials with the separatist Donetsk People’s Republic, according to the Institute for the Study of War think tank in Washington, D.C.

However, Russian milbloggers affiliated with the Wagner Group have argued that the Russian troops’ cell phone use was not a factor in the attack, placing blame on Russia’s military command for concentrating so many Russian troops in one location, making them vulnerable to attack, according to ISW’s latest report on the war in Ukraine.

A Ukrainian military official told Task & Purpose that the Ukrainians have several methods to target Russian forces other than following Russian troops on social media and triangulating their cell phone calls.

For example, the Ukrainians have a network of human intelligence sources in occupied parts of the country to help identify where to strike the Russians, said the official, who spoke on condition of anonymity due to the sensitivity of the issue.

“With or without their cellphones, they are always vulnerable,” the official said.

UPDATE: This story was updated on Jan. 4 after Russia’s defense ministry increased its estimate of how many Russian troops were killed at Makiivka from 63 to 89.