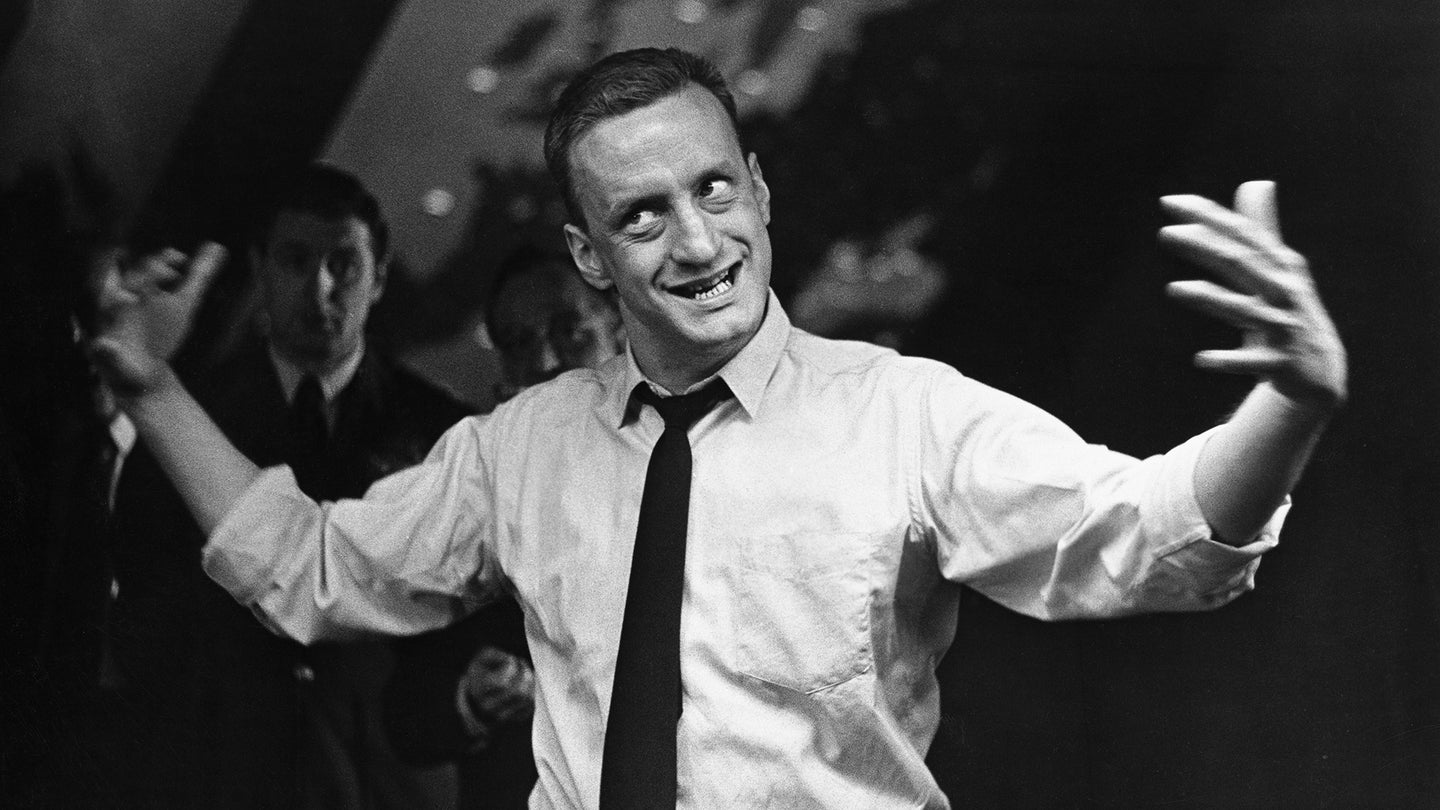 FILE PHOTO: George C. Scott plays the role of General Buck Turgidson in the 1964 film Dr. Strangelove or: How I Learned to Stop Worrying and Love the Bomb. (Photo by �� John Springer Collection/CORBIS/Corbis via Getty Images).
SHARE

I have written and reported about the military under four presidents, eight confirmed defense secretaries, and a few other acting Pentagon heads. During that time, I have heard countless official phrases that the Grand Poobahs have embraced as their new mantra for national security – including “multi-domain operations;” “increased lethality;” and let’s not forget the “safe and orderly drawdown” in Afghanistan.

Each of those buzzwords has proven to be just as useless as the earplugs that U.S. troops have worn in Iraq and Afghanistan for the past 20 years.

So, I was not surprised when Politico reported this week that the Pentagon will now use the phrase “strategic competition” to describe the ongoing Cold War with China. The new verbiage has been cut and pasted from President Joe Biden’s Interim National Security Guidance, which was released in March.

“Taken together, this agenda will strengthen our enduring advantages, and allow us to prevail in strategic competition with China or any other nation,” the guidance says.

Get used to hearing about “strategic competition,” because Politico is also reporting that the phrase will replace the Pentagon’s previous favorite buzzwords: “great power competition.”

For those of you who have lived off the planet Earth since 2018, defense officials have used the words “great power competition” to begin and end every one of their sentences for the past three years. That’s how the Pentagon can justify asking for more money while being unable to defeat the Taliban.

The term “great power competition” has become so ubiquitous that it can be used to change the subject in any awkward situation. It is entirely within the realm of possibility that one day a Pentagon official will explain why he emerged from a Polish strip club covered in teeth marks by saying, “Great power competition requires us to spin our heads right round when we go down – when we go down.”

Whether the Pentagon calls our current struggle with China a “strategic competition” or not doesn’t change the fact that the most advanced military in the world has a headquarters where it is virtually impossible to connect to the internet when you step away from your desk. Yes, the Pentagon is the world’s largest dead zone for most forms of electronic communication, which might come in handy if our nation’s military were ever called upon to fight the country that literally builds the phones for everyone in the world.

The U.S. military’s seeming inability to retire the Defense Travel System does not bode well for its chances against a technologically advanced adversary that may possess the key advantage of being able to update its software.

Let’s face it: The thing that the Pentagon does best is buying crap that doesn’t work. We might as well just give China a few F-35s to screw up their acquisition process for the next 30 years.

None of the Defense Department’s underlying weaknesses will be changed by moving from “great power competition” to “strategic competition.”

The truth is that the United States is nowhere close to being on a war footing if a conflict with China broke out. That is because the industrial muscle America had in 1941 has mostly gone overseas.

For the military, that means the United States does not have the ability to repair or replace any warships that would get damaged or sunk in a war against China.

A war with China could also leave the military with a critical shortage of the raw materials needed to make munitions. Earlier this year, the Defense Department proposed legislation to increase spending on rare earth minerals, which are also vital components in electronics and hypersonic weapons, Defense News reporter Joe Gould revealed.

“China is currently the sole source or primary supplier for many chemicals required to make ingredients in missiles and munitions end items. In many cases, there is no other source for these foreign-sourced materials and no drop-in alternatives are available,” according to the proposal, which was obtained by Defense News.

In order to address these problems, the United States needs to radically change how it spends money. But that requires something that the military cannot provide: A working government.

The reason lawmakers cannot agree on infrastructure spending or paying off the national debt is that Congress no longer seems to solve problems. Instead, unscrupulous politicians seek to allow the nation’s wounds to fester to create resentment that will help them get reelected or run for president.

Without responsible elected leaders, the Pentagon is effectively powerless against China, and a new catchphrase is not going to fix the problem of “strategic competition.”