A veteran who was admitted to the Oklahoma City VA Health Care System was caught off guard when he realized... 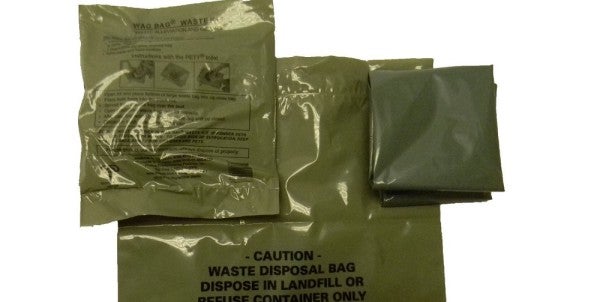 A veteran who was admitted to the Oklahoma City VA Health Care System was caught off guard when he realized his room had no toilet. Instead Vietnam veteran Tim Stillwell was given a portable latrine and a plastic bag, reports Fox News.

Stillwell was admitted to the temporarily relocated cardiac intensive care unit in early February, and while he was in one of the temporary rooms he realized it had no toilet, only disposable bags with white powder at the bottom, which Stillwell said the staff referred to as “cat litter.”

“They had a good bed there and I sat down on the bed and then they told me if I needed to use the restroom I had to do it in the cat litter in this plastic sack,” he told Fox News.

Related: McDonald ‘Stopped The Bleeding’ At The VA, But Was That Enough? »

However, Stillwell was unimpressed and not just with the fact that veterans had to use the disposable commodes. He was also concerned for the medical staff who had to work in those conditions.

“I don't think it is right that the veterans would have to put up with something like that,” he told Fox. “Except for the bed, it is about the way we lived in Vietnam. … The people that work there are great they are absolutely wonderful and they have to put up with it too.”

The bag, which is likely familiar to many post-9/11 veterans as a Wag Bag, is a disposable commode with powder at the bottom that works to deodorize the user’s bowel movement.

In an interview with Task & Purpose, Stacey Rine, a spokesperson at the Oklahoma City VA Health Care System, explained that the temporary toilets are used for patients who cannot travel to the shared restrooms down the hall.

Rine said that the cardiac intensive care unit, where Stillwell was recovering, is where the hospital’s sickest patients are cared for. As such, many of them use a product called a “Sani-Bag” — again think Wag Bag — because they are unable to walk down the hall to the shared restroom.

Once construction on the hospital is complete, the cardiac intensive care unit will be relocated to its former space, where both portable toilets and in-room toilets are available for patients based on their needs.