Our Guide To Winning An Online Argument Against An Angry Veteran 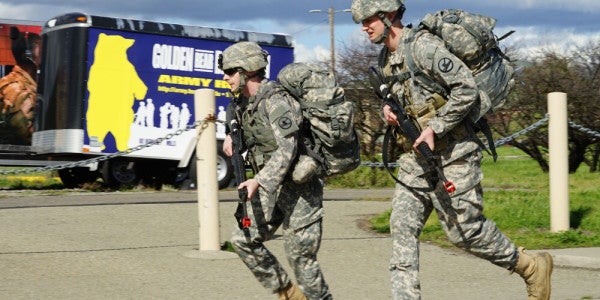 You’re not a dumb or bad person for having an opinion. You’re a dumb or bad person for not being able to articulate your opinion in a calm, persuasive, and fact-based manner. This, of course, is something we’ve struggled with as a species since the advent of the comment section. Grossly facile statements, Godwinism, and ad hominem harassment has become commonplace in virtual houses of debate.

Military culture is no exception to this smorgasbord of mayhem. And in a lot of ways, servicemembers and veterans have unique tools to draw from in the matter of cordial and mean-spirited discourse. Rank, MOS, and unit all have the potential to become talking points when reasonable debate goes out the window and straw man tactics creep in. Every single aspect of military culture is susceptible to this behavior, too. All spectrums of politics have fallen victim to it.

Just know that if someone ever attacks you based off what little information they know about you, it means you’re never going to win the argument. It doesn’t mean they’re right, it just means they will drag you down with the power of anonymity and beat you with their own complete lack of self-awareness. But there is good news. They’re at the level of anger they’re at because their voice completely doesn’t matter in real life.

The fact that they’re taking their anger out in the comment section means they will never matter in the real world. People with actual power aren’t getting into tiffs. It’s that simple.