Why Veterans Succeed At Praxair

Editor’s Note: The following story by Career Coach Will Leineweber highlights job opportunities at Praxair. Committed to filling its ranks with... 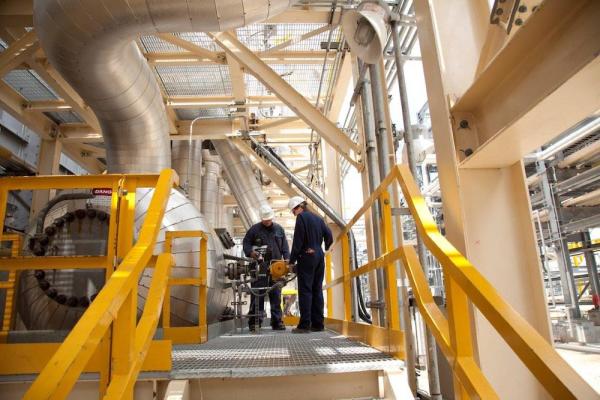 Editor’s Note: The following story by Career Coach Will Leineweber highlights job opportunities at Praxair. Committed to filling its ranks with talented members of the military community, Praxair is a client of Hirepurpose, a Task & Purpose sister company. Learn more here.

This November, I travelled to Houston, Texas, to spend time with managers and veterans at a Praxair production facility adjacent to an oil refinery. Three key things stood out to me: it values experience more than certificates; it promotes from within; and as a Praxair employee, what you do matters.

Praxair manufactures and distributes industrial gases for a variety of purposes around the world. Its products are sold in many different formats. Everything from cylinders of oxygen, nitrogen and argon to the large-scale pipelines delivering one of a variety of industrial gases such as hydrogen. These gases are used for everything from medical applications to the manufacture of products essential to the global economy.

But what immediately stood out to me was that this was such a clean and squared away facility. You aren’t dealing with sludge, waste, or anything like that; the operators are mostly concerned with preventative maintenance on largely automated systems. Compressors large and small, sensors (pressure, temperature, flow), valves, fans, and the systems that control it all. To a Navy machinist’s mate or electrician's mate, all of this will seem familiar — which is one of the reasons that there are so many veterans at each facility.

Culturally, Praxair is different from its competitors in several key ways. It’s an organization that believes in safety first and operational excellence. It is also a relatively lean organization – everyone pulls the rope and wears a couple of different hats. On a Navy aircraft carrier, you have multiple shops staffed by hundreds of people — you need to at that scale. By comparison, a Praxair facility is more like a sub or small surface ship: the crew is smaller and each individual is expected to collaborate, with instrumentation technicians working shoulder-to-shoulder with mechanics. This is not an environment where you can show up and say, “Sorry, I don’t do windows.”

One of Praxair’s core values is attracting and developing the right people, which means management invests in their employees. Like the military, once you’re up to speed in your job you’ll be groomed and supported if you want to move to the next level. There is active involvement on the part of leadership to grow each employee for future upward mobility, if that’s what you want. Sure, some folks are content to stay at the level they’re at for the long haul, but veterans tend to want career progression and you will find that opportunity here.

Mike Bacon, a Praxair global maintenance manager, was a senior chief when he retired. When he first started at the company, Mike wanted to work with his hands and be a technician more than a manager; he was ready for a break after a career spent on submarines. Doing what most vets do, Mike quickly found himself rising through the ranks as a lead technician, then maintenance superintendent overseeing a facility, then several facilities. Now, Mike oversees maintenance for hydrogen facilities across the world, and not just because he has an engineering degree: He has technical skills and leadership abilities developed in the military that serve what the business needs and he hasn’t been held back by a piece of paper like you might find at other companies.

Another cultural element at Praxair is that, as an employee, you are empowered. There aren’t several layers of redundancy like you find at bloated organizations: You have greater responsibilities and you are treated like a grown up. With that comes a heavy emphasis on integrity. If you make a mistake, own it, say something and learn from it. Ignoring a mistake can cause a chain reaction of events that puts the entire team at a disadvantage, and if you’re not a fan of micromanagement and you like to come up with solutions and ideas to improve processes, you would feel at home here.

What kinds of vets do well at Praxair? Technically speaking, those that have a strong background in mechanical or electrical skills. Cryo techs from the Marines. Anyone with hands-on technical experience, the ability to troubleshoot, and work across several specialties. One of the roles Praxair needs to hire more for is the instrumentation technician, which works in and across electrical, instrument and analyzer disciplines every day. Rarely does a job seeker have experience in all three, but two out of three is usually enough to make you competitive and Praxair will help you with on-the-job training to increase your skill level.

Praxair also hires officers: If you have an engineering degree and you were a department head on a ship, you’d probably compete well for a role as a plant engineer. You have the leadership experience and technical aptitude to get up to speed quickly and become an essential member of the team.

See all jobs with Praxair »