On Feb. 3, U.S. Central Command removed footage that it supposedly secured from its high-profile raid in Yemen on Jan.... 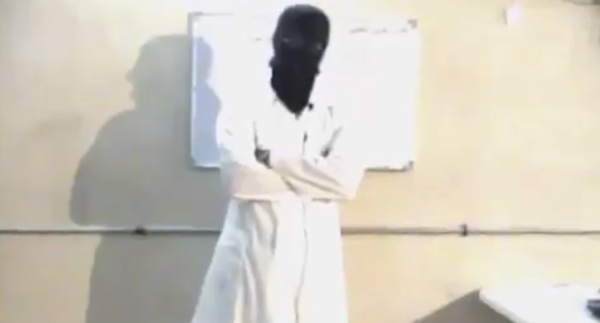 On Feb. 3, U.S. Central Command removed footage that it supposedly secured from its high-profile raid in Yemen on Jan. 29. The video was online from only 11:23 a.m. to 1:21 p.m., an employee at the Defense Video Imagery Distribution System told Task & Purpose. Buzzfeed alleged that the video was titled “Courses for Destroying The Cross,” and that it has been circulating since 2007.

During its short stay on DVIDS, the military suggested it was one of the media items captured in the raid that cost Navy SEAL Chief Petty Officer William “Ryan” Owens his life.

The DVIDS employee said that multiple videos were indeed taken down at the request of a Col. John J. Thomas.

Thomas, a spokesman for CENTCOM, said in a release touting the video finds, “The videos are one example of the volumes of sensitive al-Qa’eda terror-planning information recovered during the operation,” adding “What was captured from the site has already afforded insights into al-Qa’eda leadership, AQAP methods of exporting terror, and how they communicate.”

But it is certainly suspect that the military would pull down a number of clips just hours after uploading them.

The video was pulled because “we didn't want to make it appear that we were trying to pass off old video,” Thomas told CNN. The mistake was due “to our lack of having time to properly analyze it.”

According Buzzfeed, the military chose a decade-old video that can be accessed with a simple Google search to exemplify the success of the raid that resulted the death of one service member and injuries to three more.