A Vets Group Just Released An Ad Calling Out Trump, But There’s One Problem With It

In the months since the election, the ad rates for MSNBC’s “Morning Joe” have more than doubled. The reason: President... 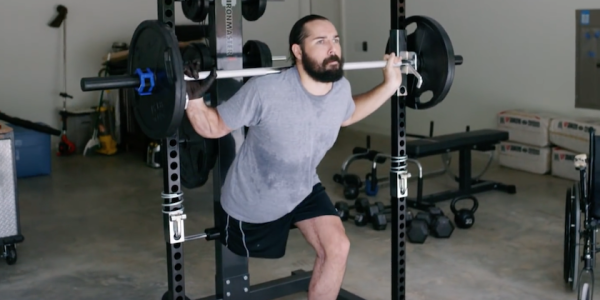 In the months since the election, the ad rates for MSNBC’s “Morning Joe” have more than doubled. The reason: President Donald Trump is a fan. If you want his attention, you have to pay for it. Which means VoteVets, a veterans political action committee, must’ve dished out a lot of dough to let the new president know that they do not approve of him.

The 30-second ad was described by Vice as “brutal.” The eNews of Park Forest, Illinois called it “blistering.” But, really, it didn’t strike me as either. The video begins with a man doing squats while a voice — presumably his voice — delivers a message aimed squarely at Trump.

“President Trump, I hear you watch the morning shows,” the narrator says. “Here’s what I do every morning.”

But the ad is intended to do more than simply accuse the president of being a sissy. On its website, VoteVets describes itself as the “largest progressive group of veterans in America.” The PAC’s stated mission is “to elect veterans to public office; hold public officials accountable for their words and actions that impact America’s 21st century service members, Veterans, and their families; and fully support our men and women in uniform.”

Of all the politicians VoteVets is currently endorsing, zero are Republicans (although, the group claims to endorse politicians on both sides of the aisle). So it’s not all that surprising what comes next in the ad.

“Look, you lost the popular vote, you’re having trouble drawing a crowd, and your approval rating keeps sinking,” the narrator continues as the camera pans out. “But kicking thousands of my fellow veterans off their health insurance by killing the Affordable Care Act and banning Muslims won’t help. That’s not the America I sacrificed for.”

The final seconds of the video reveal exactly what the narrator means by “sacrificed.” He’s an amputee. According to a statement released by VoteVets following the ad’s debut, he lost his leg in combat while serving Afghanistan.

If that is indeed the case, the narrator would likely not be impacted by the repeal of the Affordable Care Act, because he’d be receiving care for his service-connected injury from the Department of Veterans Affairs. Same goes for anyone else enrolled in the VA. The “thousands” of veterans he is referring to are those who either don’t qualify for VA benefits (because of, say, a dishonorable discharge or not enough time in service) or simply choose not to seek treatment from the VA.

The video concludes with one more zinger, the proverbial mic drop. “You want to be a legitimate president, sir?” asks the narrator. “Then act like one.”

VoteVets has already chalked up the ad as a success. In the statement, the group draws a direct connection between the ad and the below tweet, which Trump wrote “just three minutes after it aired,” and which the PAC points to as evidence that the ad put the president on the defensive.