Earlier in the week, Military Times reported that the count of U.S. airstrikes performed since October 2001 is off by... 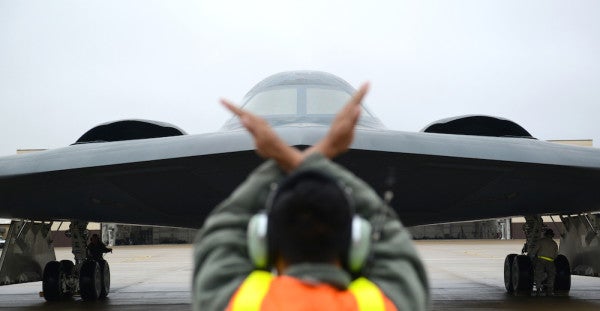 Earlier in the week, Military Times reported that the count of U.S. airstrikes performed since October 2001 is off by thousands. It turns out, however, that there is no service or command-wide count of airstrikes at all.

“Since we started the global war on terror, there has been no requirement to report airstrikes to Congress or to anywhere, brought on by anybody,” according to U.S. Central Command spokesman Army Maj. Josh T. Jacques.

Essentially, in order to determine the total number of airstrikes carried out by the U.S. military, you would have to submit a FOIA request for the records of airstrikes from each individual command and service and tally them together.

“Different commands, as they came in, saw fit to report how they wanted to. Some didn’t,” Jacques told Task & Purpose. “I couldn’t tell you what they were reporting on in Iraq in 2005, or how they were doing it.”

In ongoing operations, in Iraq, Syria, and Afghanistan, a daily report of all sorties is kept and shared with CENTCOM, but that process is specific to this command.

“For Iraq and Syria, our counter-ISIS strike information is reported daily,” Jacques said. “They do a daily release. When they started the operation, it was all air and nothing else … so those were tracked and have been continued to be tracked up until this point.”

He added, “So now, we go into [Operation] Resolute Support where we have Afghanistan. Those strikes are tracked and do include Army helicopters and USAF.”

According to Jacques, the discrepancy in reported airstrikes versus total airstrikes comes from a lack of standard recording and reporting requirement across the military.

“It was never brought up to do, so they don’t do it. The lack of not doing something doesn’t mean it’s not tracked,” Jacques added. “There was nothing nefarious going on because there was no requirement to report.”