The story lives on in an official Army investigation. 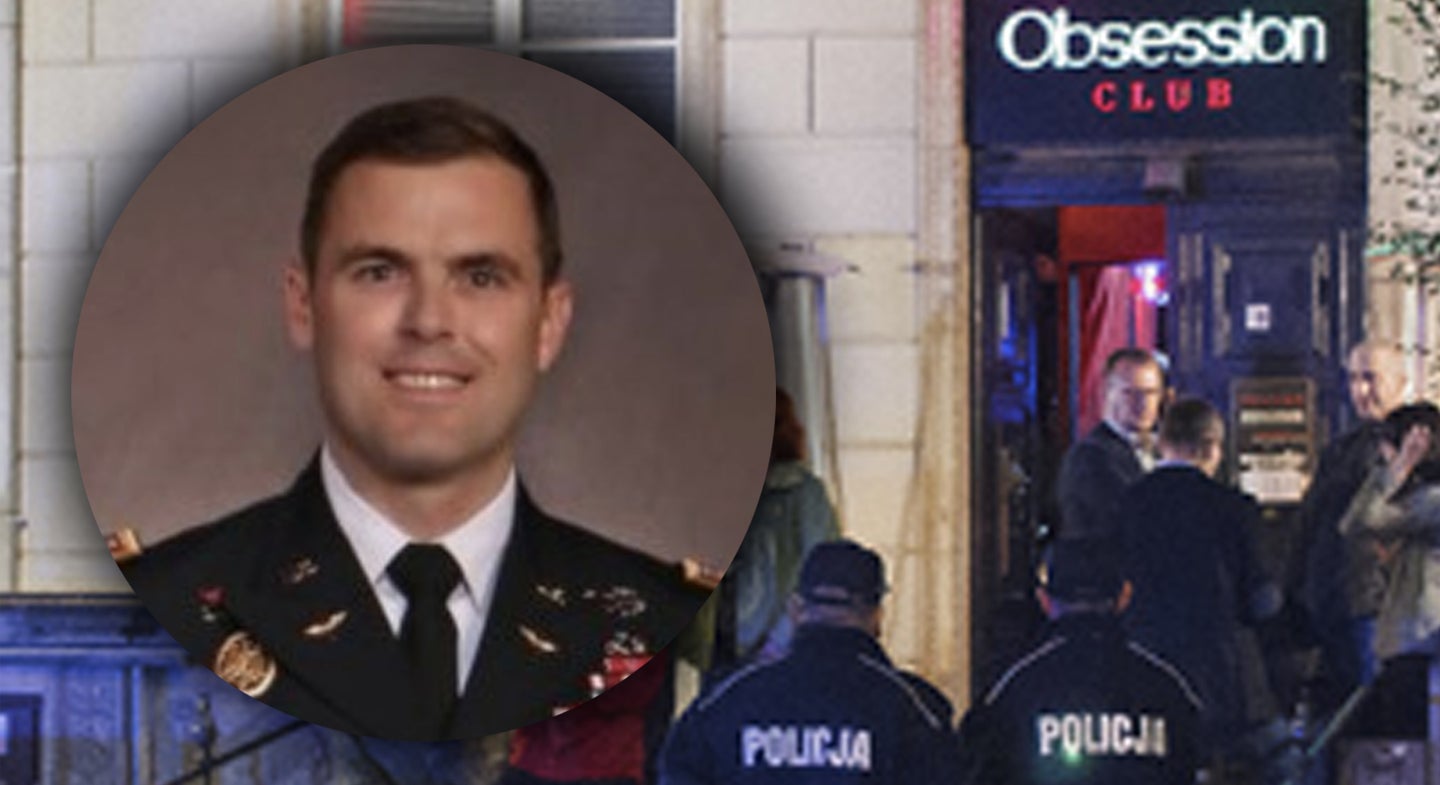 An Army aviation battalion apparently recreated parts of The Hangover during a recent deployment to Poland in September 2020, according to a new report in Stars & Stripes.

Citing the Army’s official 15-6 investigation report, Stripes revealed on Monday that Maj. Matthew Conner, the executive officer of the 1st Battalion of the 101st Combat Aviation Brigade, went missing after a night of drinking in Gdansk last year and was later suspected of being drugged and bitten by strippers at an off-limits nightclub.

The incident occurred during a nine-month rotation in Poland when about 40 members of the unit traveled to the port city in the country’s north to take a tour of World War II battlefields.

The soldiers instead took an abbreviated tour since they were busy retracing their steps from the prior evening when Conner was last seen outside the Obsession Club, a strip club subject to so many complaints that one travel site says to avoid the place like the plague. Many people say that the club lures visitors by giving away free shots that are laced with drugs after which they tend to wake up in a hospital beaten and stripped of cash and personal belongings.

This appears to be in part what happened to Conner, an Apache helicopter pilot who went to Obsession with other soldiers after a dinner to celebrate the battalion sergeant major’s 40th birthday that evening.

The officer later told fellow soldiers on the car ride home that he suspected the champagne he was given at the club was laced with drugs, according to the report. He said he received multiple lap dances and showed multiple receipts adding up to 50,000, though it wasn’t clear whether that was U.S. dollars or Polish zloty, which is roughly equivalent to $13,000.

The report said strippers “bit his nipples to keep him awake, and repeatedly had his card swiped.” Though the report did not determine how the night ended, Conner was found in a different hotel the next morning by the unit’s sergeant major and battalion commander, Lt. Col. Matthew Fix.

Conner felt “so severely impaired by the incident that he cancelled all of his flights for the next week because he ‘just did not feel right’ and it took days for him to feel normal again,” according to the report, which said rumors swirled in the unit for weeks that Conner had spent thousands of dollars at an “alleged sex dungeon.”

According to Stars & Stripes, Fix is in the process of retiring after receiving a General Officer Memorandum of Reprimand and Conner faces a separation review board. The Army investigation found that “multiple individuals exhibited lapses in judgment and leadership that are not expected” of senior Army leaders.

“The 101st Airborne Division and the XVIII Airborne Corps are aware of the incident in Poland about which you inquired,” Army Col. Joe Buccino told Task & Purpose. “The command took immediate and appropriate adverse action against the leaders involved. Some officers are facing further administrative actions to determine whether they will continue to serve in the Army.”