Philippines President Rodrigo Duterte hates many things. Drugs. Gambling. God. Now we can add the global scourge of Canada to his hit list 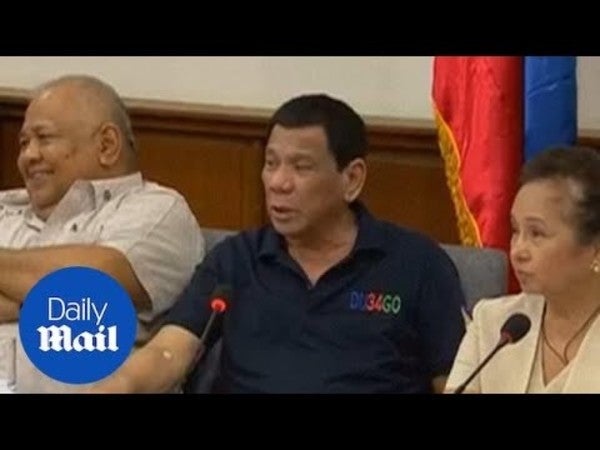 Philippine President Rodrigo Duterte hates many things. Drugs. Gambling. God. Now we can add the global scourge of Canada to his hit list.

The perennially furious strongman on Tuesday threatened to go to war against Canada over 103 container vans containing some 2,450 tons of “plastic scrap metal” illegally shipped to the Philippines by Canadian-based firm Chronic Plastics between 2013 and 2014, CNN Philippines reports.

“For Canada's garbage, I want a boat prepared. They better pull that thing out, or I will set sail to Canada and dump their garbage there,” Duterte said during a Tuesday briefing. “Let's fight Canada. We'll declare war against them, we can handle them anyway.”

“Garbage is coming home. The others, around five trucks, dump it in front of the Canadian embassy. The world runs on arrogance.”

President Rodrigo Duterte speaks after his arrival, from a visit in Israel and Jordan at Davao International airport in Davao City in southern Philippines, September 8, 2018.

We'll let Duterte's sound and fury speak for itself, but it's worth noting that it took longer for the Task & Purpose team to come up with the right headline for this article than it took to write the article itself. So, in the interest of transparency, here is a list of headlines that didn't quite work:

SEE ALSO: US And Philippine Troops Are Training To Repel An Island Invasion Amid South China Sea Tensions

WATCH NEXT: The Top 5 Bases That Should Be Deployments