The integration of women into all military specialties has raised the question of whether women should also register for the... 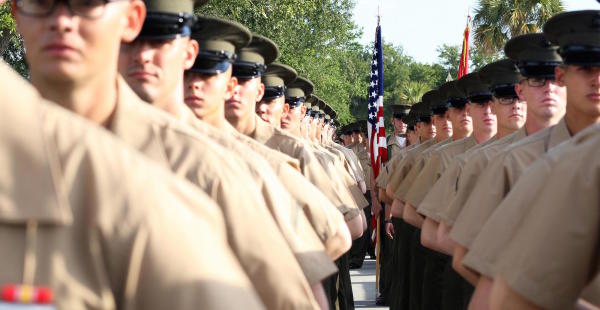 The integration of women into all military specialties has raised the question of whether women should also register for the draft. Marine Corps Commandant Gen. Robert Neller and Army Chief of Staff Gen. Mark Milley both recently recommended women be required to register. Secretary of Defense Ash Carter deferred to Congress, letting it take the unpopular action of instituting registration. Given the military opportunities now open to women, it is hard to think of a good reason why women should continue to be exempted from the draft. Avoiding this question, some observers instead question the whole enterprise. Is draft registration worthwhile at all?

It’s worth reviewing briefly how we got here. The United States reinstituted peacetime draft registration in 1980 after the Soviet invasion of Afghanistan. Under the Military Selective Service Act, all men between the ages of 18 and 26 are liable for up to two years of military service, with additional service in the inactive reserve (eight years total for volunteers). Registration was instituted to give the United States a deeper personnel bench in case of an extended conflict with the Soviet Union. The draft would provide a fourth tier of personnel for the armed forces. The first tier was active-duty forces, the second tier was organized reserve units, and the third tier was the individual ready reserve (service members who have left active duty and are not in an organized unit, but have not finished their statutory eight years of military service). The draft was male-only because previous drafts had been male-only, and the opportunities open to women at that time were limited enough that they could be filled by volunteers alone.

Related: It’s time we require women to register for the draft »

Present-day discussions about a draft typically focus on whether conflict scenarios would ever require such a source of personnel. Critics argue that the cost does not justify the capability produced. This is nearsighted. The system’s low cost justifies the admittedly modest capability that the system produces. Further, focusing narrowly on scenarios ignores two other reasons for having registration: It serves as a statement to foreign powers about potential U.S. military capabilities, and as a reminder to the American people about their responsibilities to their society.

We can dismiss questions of cost. The Selective Service has a fiscal year 2016 budget of about $23 million, which has been declining gradually for many years (internet scares about a Bush-era draft notwithstanding). Adding women would cost about $10 million the first year and decline to a steady state of $4–5 million per year — a trifling amount in budget terms. But what about the individual cost? At most, it is a 10-minute process on the internet or at the post office.

But is there any military value to having a standby draft? The answer is, yes, the value is real, if modest. It’s true that you don’t need a draft for the short, regional conflicts that Pentagon planning scenarios now envision. These wars are short enough and limited enough that they can be handled with existing manpower.

On the other hand, we are entering a new era of great-power competition. In his budget preview, Sec. Carter noted five major threats — Russia, China, North Korea, Iran, and the Islamic State — specifically highlighting Russia and China as “our most stressing competitors.” Great-power competition means a remote but real possibility of great-power conflict. In the relatively limited wars in Iraq and Afghanistan, the United States dipped into the individual ready reserve, its last tier of personnel. Larger conflicts might require a lot more people. Former Secretary of Defense Robert Gates frequently makes the point about how difficult it is to predict the future. In “Duty,” his memoir of serving as secretary, he notes: “In the 40 years since Vietnam, our record in predicting where we would be militarily engaged next, even six months out, is perfect: we have never once gotten it right.”

Richard Danzig, former secretary of the Navy, made this same point in his monograph, “Driving in the Dark,” stating, “Strategic judgments about future environments are often, one might say predictably, wrong.”

Although Gates and Danzig may be a bit pessimistic, we must recognize the overall poor record. As a result, as virtually every futurist says, it is critical to be ready to adapt and have a well-stocked tool chest. The draft is another tool in the national security tool chest.

Beyond the military capabilities it produces, draft registration also sends a message to prospective adversaries. It shows that the United States has a great reservoir of personnel that it can draw from in an emergency. The notion that we are a “paper tiger” is an illusion. Current forces may be small by historical standards, but, if necessary, the United States could build armed forces of titanic portions. During the Second World War, the United States built armed forces of 12 million from a population of about 135 million. With today’s population of 310 million that would equate to armed forces of about 28 million. The Army would increase its current 18 divisions (active and National Guard) to something on the order of 200 divisions. Yes, that’s unlikely to happen, and, yes, it would take a long time to produce and equip new units. Americans may discount it as a result, but if you are a foreign adversary, you are betting your life on whether the United States will mobilize a force large enough to overwhelm you — a capacity significantly enhanced by Selective Service registration.

There’s also a message to the American people. President George W. Bush was much criticized for telling Americans to go shopping after Sept. 11 and not asking for greater sacrifice. Although Bush’s comment has often been unfairly characterized— he was talking about getting out of the house and not being paralyzed by fear — the point has some validity. It’s not enough for the 99% to support the 1% who serve in the military by advocating veterans programs and tying yellow ribbons around trees. Everyone has a responsibility, even if that is not ultimately called on. Draft registration makes that point. It’s not much, but it is something.