Marine Lt. Col. Stuart Scheller sentenced to forfeit $5,000 in pay and gets letter of reprimand

Scheller will now begin the process of exiting the service. 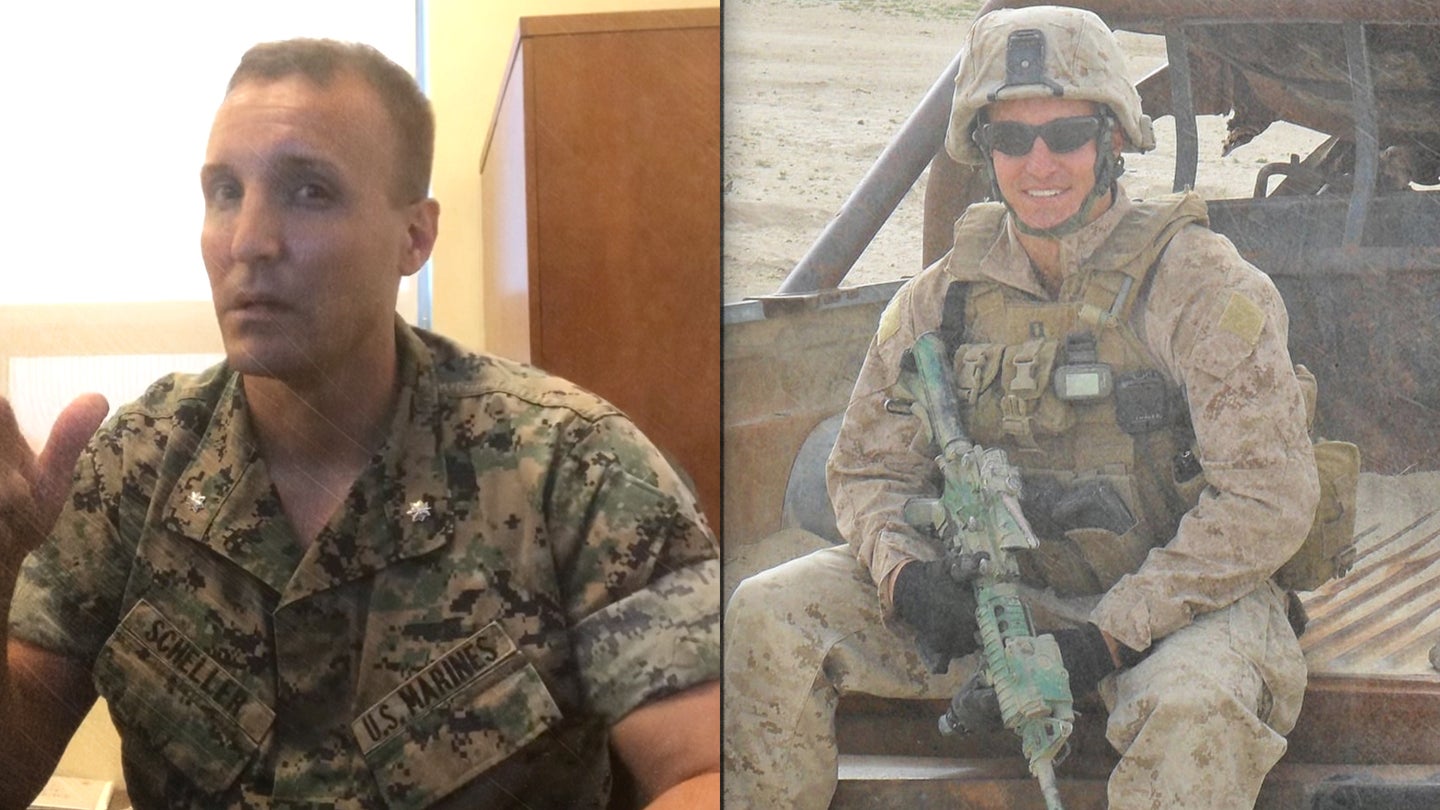 Marine Lt. Col. Stuart Scheller was sentenced on Friday to receive a punitive letter of reprimand and forfeit $5,000 of one month’s pay after pleading guilty to all charges stemming from his public tirades against top military and civilian leaders, the Marine Corps announced.

Scheller will now begin the process of exiting the service, said Capt. Samuel Stephenson, a Marine Corps spokesman. The nature of Scheller’s discharge will be determined by the Navy secretary.

The military judge gave Scheller a sentence that was lighter than the maximum punishment allowed under an agreement reached with prosecutors, which would have required Scheller to forfeit two-thirds of one month’s pay for 12 months. The judge said in open court that he would have docked Scheller’s pay for two months, but he gave the Marine lieutenant colonel credit for time he had served in the brig.

Since Aug. 26, Scheller has made a series of criticisms at current and former leaders, defying his command by continuing to post on social media despite a written order telling him to stop.

Scheller initially focused his commentaries on how military leaders were not being held accountable for the chaos surrounding the Afghanistan withdrawal, but his attacks on his superiors quickly sharpened. At one point, he pledged to charge the general in charge of U.S. Central Command in connection with the deaths of 13 American service members who were killed in an Aug. 26 attack outside Hamid Karzai International Airport’s Abbey Gate.

Scheller also began calling for a “revolution” and telling people to follow him so they could “bring the whole f—king system down.” The Marine Corps ultimately charged Scheller with conduct unbecoming an officer and a gentleman for 27 different alleged statements, including 10 statements such as: “Every generation needs a revolution;”  “I do plan to bring the whole system down;” and, “If the government doesn’t serve the interests of the people, it’s the people’s obligation to throw off the old form of government.”

“The people in the establishment right now currently have the power because we allow it to happen,” Scheller said in a Sept. 10 video. “There is change upon us. I love and respect all people with different opinions. I possess the ability to inflict violence. I am asking for accountability of my senior leaders. I love the Constitution. I love America. I love Americans. I love my family. And I believe in myself. And I believe in a higher power.”

On Thursday, Scheller said in court that his comments about starting a revolution were calls to reform a system that fails to hold senior leaders accountable and lashes out at anyone who speaks out.

He told the military judge that he now wishes that he had not said “Follow me and we will bring the whole f—king system down” in an Aug. 29 video.

“If I could go back, I would have chosen different words,” Scheller said in his statement. “But at no time was that a call to violence. I was stating that the system is broken and needs to be rebuilt. I still feel this is the case. I still feel fundamental change is required. I still feel a revolution, or rebuilding the broken system is the only way to fix the shortfalls if senior leaders are unable or unwilling to fix it themselves.”