J. David Patterson  co-wrote a  2017 opinion story in The Federalist with the headline 'How Multiculturalism Helps Breed Homegrown Terrorism.' 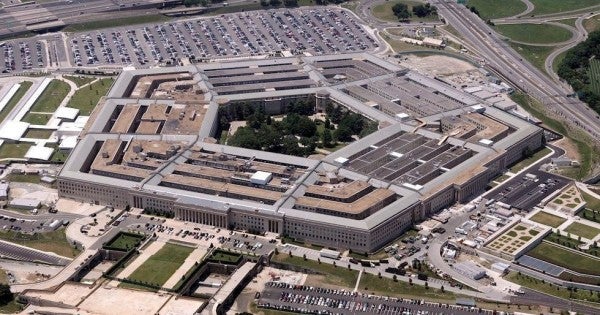 J. David Patterson has withdrawn his nomination as the No. 2 personnel official at the Pentagon, a U.S. official confirmed on Wednesday.

Politico first revealed that Patterson had lost support from lawmakers after word spread that he had co-authored a 2017 opinion piece that blamed terrorist attacks on immigrants who failed to “assimilate into an adopted culture.”

Patterson could not be reached for comment on Wednesday. Congress' website shows that the Senate Armed Services Committee received his nomination on Jan. 9 but it does not indicate that any subsequent action has been taken.

Patterson is a retired Air Force colonel who flew as a forward air controller during the Vietnam War, according to a Jan. 6 White House news release. He went on to serve as principal deputy undersecretary of defense in the comptroller's office under President George W. Bush and he currently works for SMA Inc.

He and A.D.P. Efferson wrote a Nov. 3, 2017 opinion story in The Federalist with the headline “How Multiculturalism Helps Breed Homegrown Terrorism.”

In the article, Patterson and Efferson argue that multiculturalism is “the antithesis of what the United States stands for” and that immigrants must accept U.S. laws and culture.

“One explanation for the rise in terrorist behavior in the United States is the insidious and significantly difficult-to-pinpoint problem of failure to assimilate into an adopted culture,” Patterson and Efferson wrote.

“It's a phenomenon clearly present in Western Europe and apparently emerging from the shadows in the United States. By growing evidence, promoting 'multiculturalism' is a major culprit. We certainly don't discount the influence of ISIS' ubiquitous propaganda, but to be compelling there must be a willing mind.”

David Brown, Connor O'Brien and Daniel Lippman of Politico broke the story on Tuesday that Patterson had withdrawn his nomination.