The Russian military continues its drone blitz on Kyiv 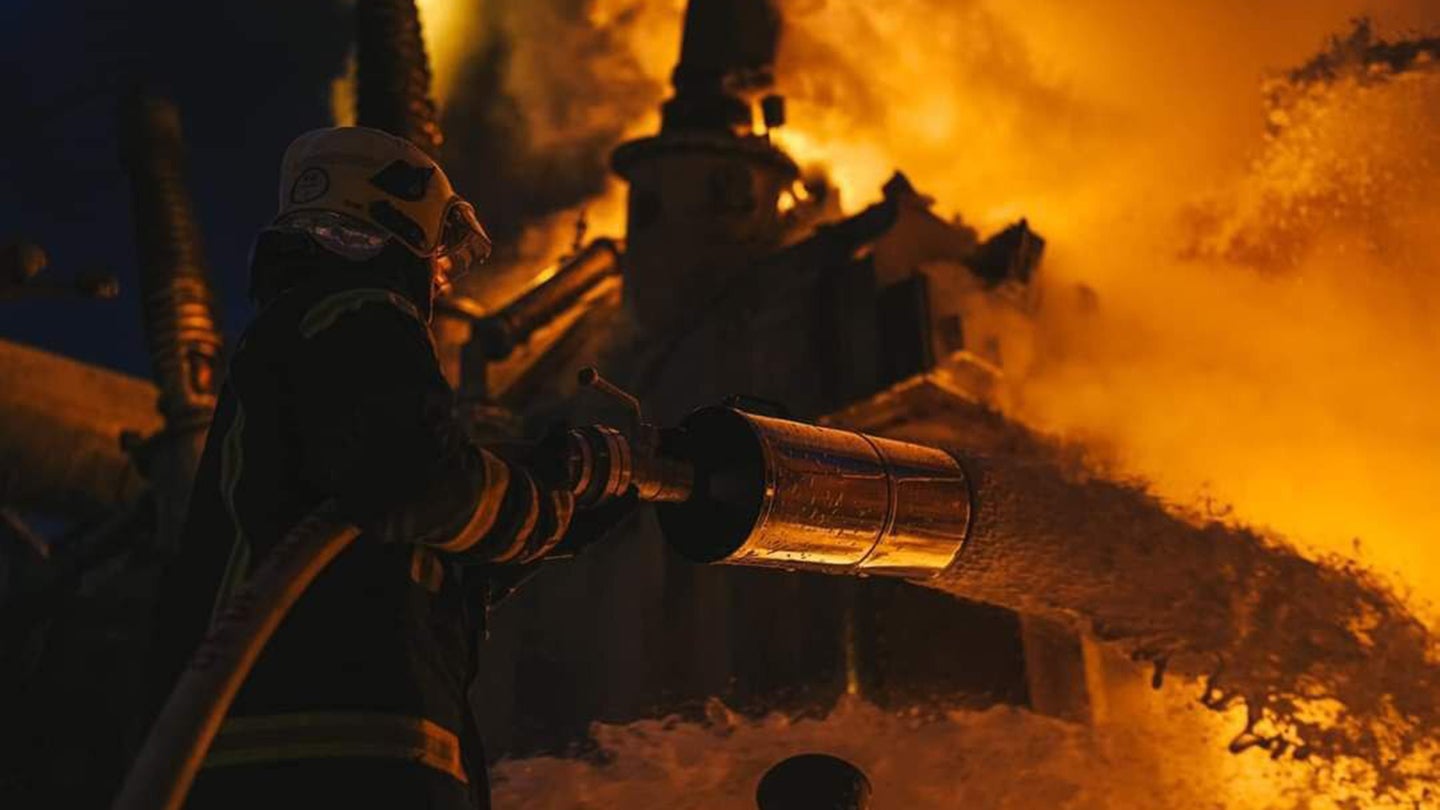 Russia once again unleashed its Iranian-made drones against Kyiv on Monday as part of its strategy of crippling Ukraine’s power grid and other civilian infrastructure to leave the country cold and dark during the long winter months.

Ukrainian forces claim to have shot down 18 of the 23 drones launched against Kyiv in the pre-dawn hours of Monday morning, according to the Associated Press. Elsewhere in the country, at least three civilians were killed and wounded in separate drone attacks on Sunday and Monday.

Pictures published by media outlets showing Ukrainian firefighters dousing blazes caused by the drone attacks are reminiscent of images from London during The Blitz of World War II, when the German Luftwaffe tried to bomb Britain’s civilian population into submission.

Russia has launched approximately 508 Shahed-131 and Shahed-136 kamikaze drones against Ukrainian targets since September, said Kateryna Stepanenko, a Russia analyst with the Institute for the Study of War think tank in Washington, D.C.

For most of December, Russian attacks have involved up to 15 drones, but Russia launched an estimated 35 drones as part of Monday’s attack, said Stepanenko, whose estimates are based on data shared by Ukrainian government officials.

The Russians have used the Iranian-made drones as part of their attacks on infrastructure inside Ukraine, including thermal power plants, electrical substations, and the country’s water network. These attacks have also involved missile strikes.

On Dec. 16, Kyiv endured one of the largest air raids of the war thus far, the Associated Press reported. Such attacks have left 60% of Kyiv residents without power and 70% of the city’s residents without water.

Hlib Parfonov, a defense analyst who has been in Kyiv since the Russians invaded Ukraine in February, told Task & Purpose that he heard between four and five drones fly overhead on Monday morning, all of which were shot down.

The most recent drone attacks on Kyiv took place very early in the morning when it is completely dark and more difficult for Ukrainian defenders to identify the incoming drones, said Parfonov, who works with the Jamestown Foundation think tank in Washington, D.C.

The Ukrainians are using ZPU-1 anti-aircraft guns, man-portable air defense systems, and surface-to-air missiles to shoot down the drones, but the missiles are much more expensive than the drones they destroy, Parfonov said.

It can take several days to restore power to neighborhoods following drone attacks, said Parfonov, who added that inclement weather can slow repairs to the power grid and water system. At this time of year, it can be foggy and rainy all day in Kyiv.

Russian attacks against Ukrainian thermal power plants have left Kyiv residents without any heat in cold temperatures, he said.

“There can also be problems with mobile and internet, obviously without electricity they don’t work,” Parfonov said. “And sometimes you can’t even call somebody to find out what happened in the city. In that situation, only radio can help to find something.”

Army Gen. Mark Milley, chairman of the Joint Chiefs of Staff, has said that Russia’s attacks on Ukrainian civilians rise to the level of a “war crime.”

The Russian embassy in Washington, D.C., did not respond to a request from Task & Purpose to provide a comment for this story.

The U.S. military has made providing Ukraine with air defense systems a priority as Russian airstrikes have intensified, said Laura Cooper, deputy assistant secretary of defense for Russia, Ukraine, and Eurasia.

“Notably, the United States has committed 8 NASAMS, and the first two that we’ve delivered so far have been very effective in intercepting Russian missiles,” Cooper said in a statement to Task & Purpose. “We’ve also committed missiles for HAWK systems, a medium-range capability, and Avenger short-range systems. We’ve provided over 1,600 Stinger missiles. To counter Russian UAS we’ve committed a suite of capabilities including VAMPIRE systems, radars, and heavy machine guns.”

In addition to providing the Ukrainians with these and other air defenses, the United States and its allies have also worked to keep Ukraine’s Soviet-era air defense systems in the fight, including the country’s S-300s, said Cooper, who noted that Slovakia gave Ukraine its S-300s in the spring.

“It is a cheap and cheerful decision, and if it can be sent in enough quantities it can be a strong answer to drone strikes,”  Parfonov said.