Technical in a box. 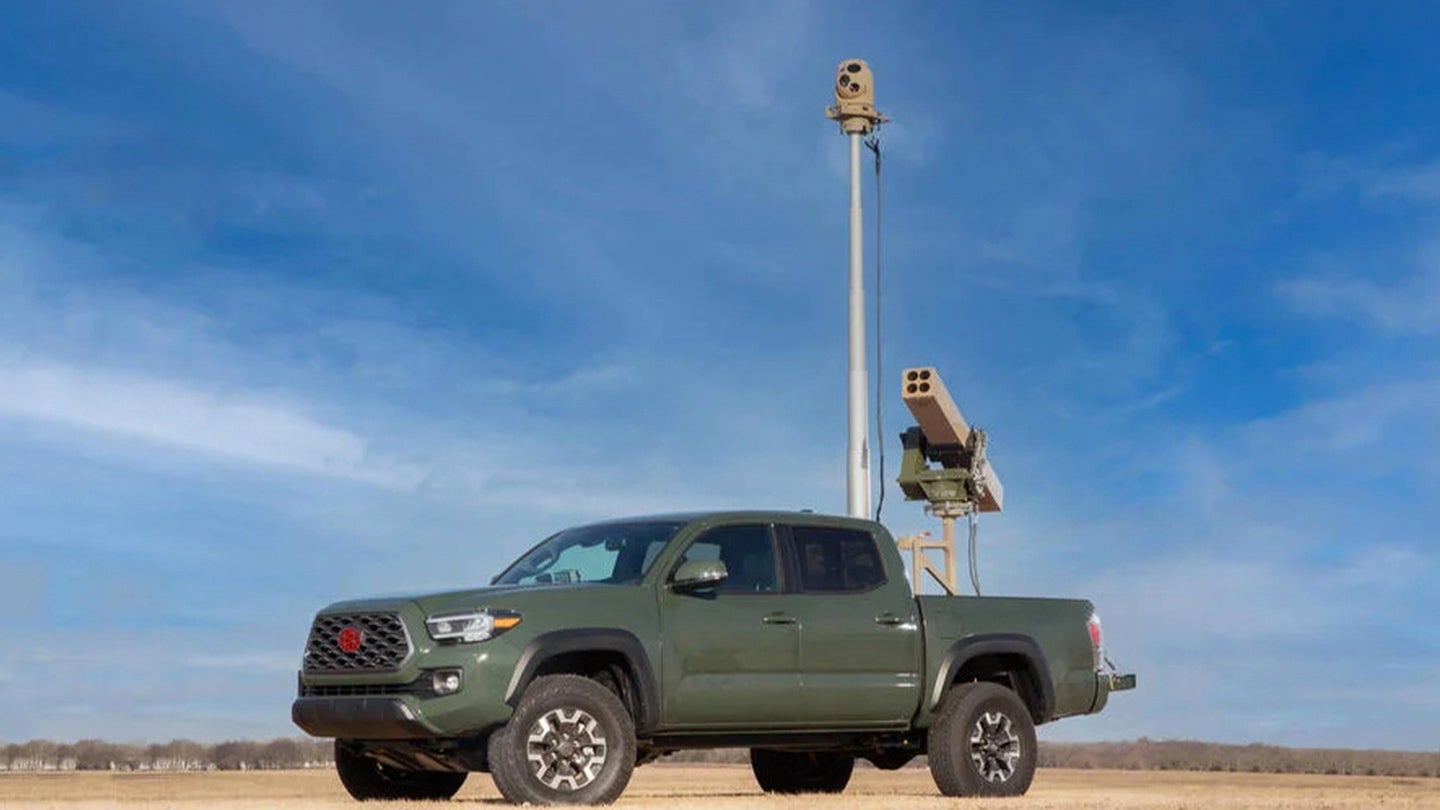 The U.S. has supplied billions of dollars in military assistance to Ukraine since the Russian invasion began a little more than six months ago, from ammunition and body armor to unmanned aerial systems and helicopters to advanced artillery like the High Mobility Advanced Rocket Systems (HIMARS). One new system that’s being sent as part of the latest $3 billion aid package announced earlier this week is a missile launcher that is essentially a starter kit for building your own technical. Hell, it even has “vehicle-agnostic” as part of its acronym.

The VAMPIRE, or Vehicle-Agnostic Modular Palletized ISR Rocket Equipment, is designed to be exported as a kit that can be quickly mounted on just about any pickup or vehicle with a cargo bed.

Made by L3 Harris, it consists of a four-tube launcher and a sensor ball that can be installed in around two hours by two people using standard tools. The VAMPIRE can fire the Advanced Precision Kill Weapons System (APKWS) or other laser-guided munitions.

In other words: it’s a technical in a box.

Technicals — pickups or other vehicles retrofitted with armor and weapons — have been prevalent in conflict for decades. They’re being commonly employed in Ukraine, where all kinds of civilian vehicles have been seen mounting a truly wild array of weapons, from rockets to machine guns to drones.

On Wednesday, Colin Kahl, the undersecretary of defense for policy,  described the VAMPIRE as a system for countering the threat from unmanned drones and other unmanned aerial vehicles, saying, “it uses small missiles, essentially, to shoot UAVs out of the sky.”

Drones have been used extensively by both sides in Ukraine, both for reconnaissance and for offensive missions.

And pretty soon, with a couple of hours and some basic tools, the bed of a Toyota Hilux or just about any flat surface can be turned into a platform for launching munitions to counter unmanned aerial systems.

On Wednesday, Kahl emphasized the low cost and easy-to-assemble aspect of the VAMPIRE and other aid currently being sent to Ukraine, saying that, “we’re trying to be very deliberate about what systems we think makes the most sense for Ukraine to have in that context, and also matters very much—can they sustain it? Can they afford it? Because, of course, you know, billions of dollars of international assistance is not, you know, may not be something 10 years from now, or 20 years from now.”