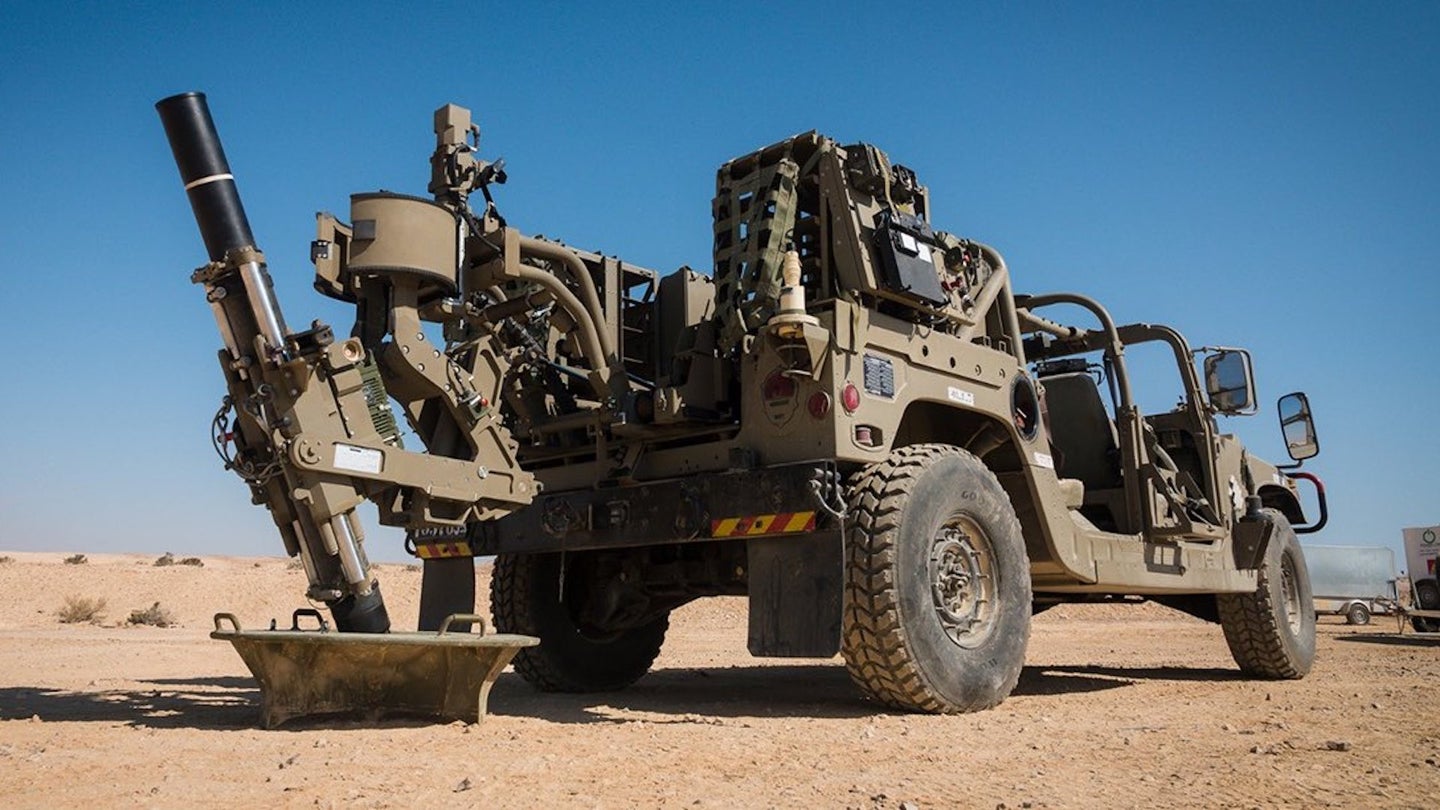 An Army Special Forces group is working on testing and fielding a brand new 120mm mortar system platform for U.S. special operations forces around the world, officials announced on Thursday.

The 3rd Special Forces Group (Airborne) has launched a new partnership with Elbit America, a subsidiary of Israel-based Elbit Systems, to “develop, test, and field” a new prototype mortar system platform known as “Sling” that comes mounted on the back of a vehicle, Sgt. 1st Class Zach VanDyke said in a statement.

Originally unveiled in January and designed to integrate with a standard Humvee, Elbit claims the system can deploy within 30-60 seconds and can fire off 16 mortar rounds per minute (with a sustained rate of 3-4 rounds per minute) at an effective firing range of up to 7 km, or 4.3 miles, with M933 High Explosive rounds.

Janes first reported during the Association of the U.S. Army’s annual exposition in Washington, D.C. in October that U.S. Special Operations Command had purchased and taken possession of a Sling system for testing back in May.

It’s unclear if the 3rd Special Forces Group is testing Elbit’s system to fulfill a particular weapons requirement. A spokesman for the group did not immediately respond to request for additional information from Task & Purpose.

The tube and baseplate for Elbit’s new system are identical to those currently used in the M120A1, but mounted on the rear compartment of a Humvee that can be automatically unfolded and tasked on target using a remote fire control system, Elbit officials told Janes in October.

Slapping a quick-deploy mortar system to the back of a Humvee or similarly-sized vehicle would give Army Special Forces teams improved versatility and firepower over existing mounted mortar systems currently affixed to slow-moving armored vehicles.

Such versatility would greatly increase the effectiveness of so-called “shoot and scoot” tactics, where an attacking force fires off a mortar or other munition and then quickly flees the launch area before the target can identify the origin of the munition and return fire.

When it comes to mortars, Elbit appears to be a source the Defense Department trusts. The company recieved a $103 million contract back in 2016 to furnish the Army with 120mm mortar weapons systems for five years before locking down an additional five-year $49 million contract this past September.

The Army has been on the hunt for a new 120mm mortar system, dubbed the Extended Range Mortar system, since 2018 to hit targets up to 12 miles away and offer additional protection to mounter soldiers, as Military.com reported at the time.

According to VanDyke, Elbit “is said to be in the final stages of development and testing” for the Sling, although soldiers from the 3rd Special Forces Group have been testing the system for “approximately two years” already to ensure it “meets and surpasses the developer’s expectations for the revolutionary system.”

“The system will allow for more mobile and versatile capabilities on the battlefield for combatant commanders and other leaders to consider when planning both defensive and offensive operations,” VanDyke said.