The ‘Halo’ series does what no one expected: It captures the true cost of war

Halo, despite its many faults, is perhaps Hollywood’s best attempt at tackling moral injury in war. 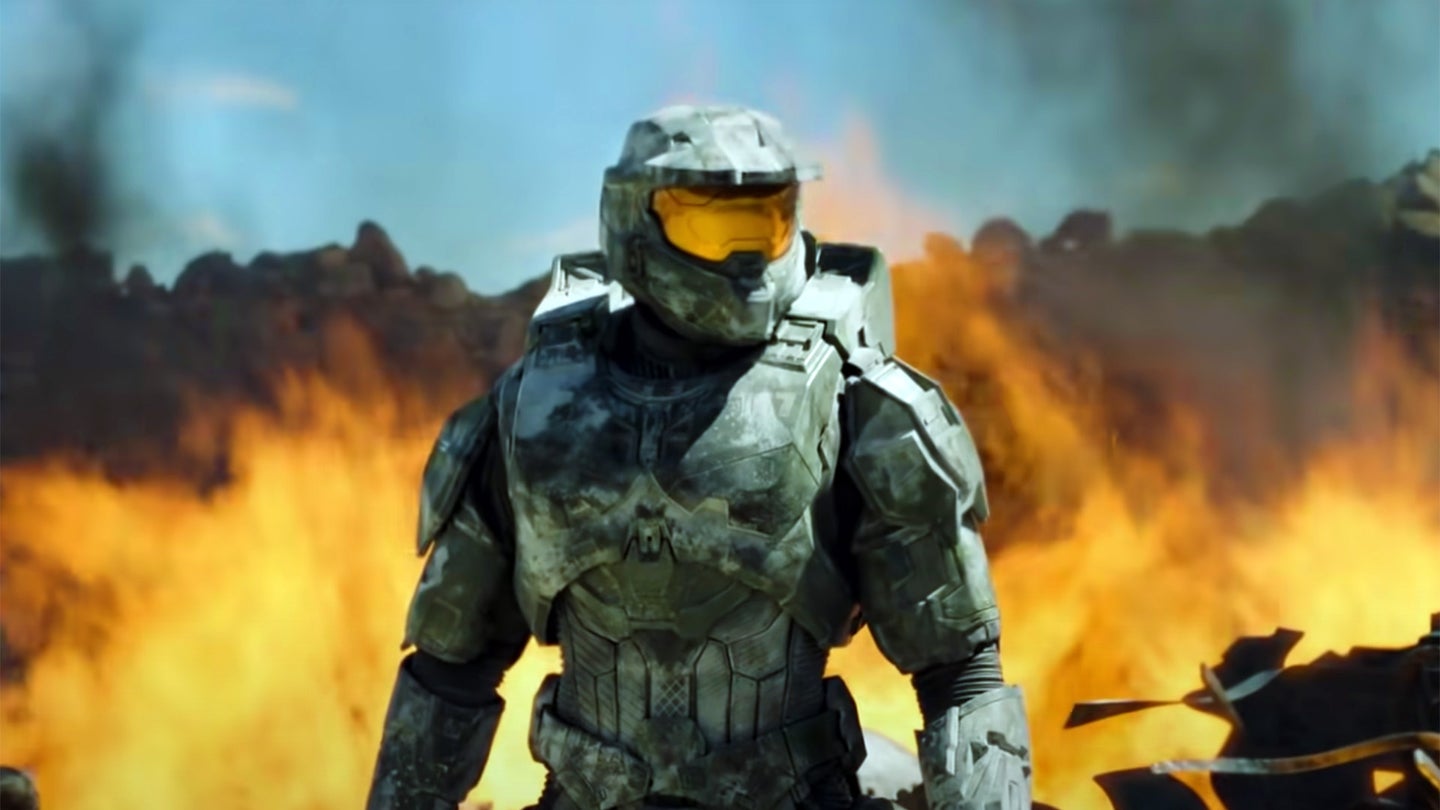 Moral injury is a strange thing. It doesn’t take being conscripted as a child and having your memory erased, as with Pablo Schreiber’s Master Chief, John-117, in the Halo series currently streaming on Paramount + to occur. Instead, its roots lie in events that are often mundane, but over time lead to a crisis of identity, morality, and spiritual beliefs.

The Halo TV series, despite its many faults, is perhaps Hollywood’s best attempt at tackling the issue of moral injury in war. It misses the mark, however, by avoiding the complexity that leads to morally injurious events in the first place. There have been few shows, if any, that have been about the Iraq and Afghanistan Wars (besides the amazing Generation Kill), and furthermore, not many that explore such a theme. Almost half of veterans who participated in the Global War on Terror have reported experiencing morally injurious events, not just from the actions they have witnessed others taking, but from acts they themselves perpetrated, a critical but little understood facet of the mental health crisis among active duty and former service members.

Schreiber’s character John-117, is, like in the Halo video games the series is based on, a super-soldier trained since childhood after being kidnapped by Dr. Catherine Halsey (played by Natascha McElhone). Utterly ruthless and focused on accomplishing his mission’s objectives, John-117 has a crisis of faith after touching an alien artifact that reveals memories of his childhood that were erased by Halsey. After being ordered by his superiors at the United Nations Space Command (UNSC) to murder a teenage girl who was a member of the galaxy’s insurrection because she’s decided she won’t play along with their propaganda efforts, John goes rogue.

Although there are multiple departures from the plotline of the original Halo video games, perhaps the biggest one that hampers the series’ morality questions is the decision to largely ignore the insurrection conflict which took place prior to the show’s starting point. In Halo lore, it was the UNSC’s conflict with them that originally drove the creation of the Spartan project — the super-soldier program that John-117 is a part of — and his eventual kidnapping.

Each episode is themed around a single question: If we give up our humanity for a cause, even if the cause is the survival of the species as is the case with the show, is it even worth it? The series hinders itself in telling this story by attempting to get away from reality and its source material; perhaps the issue is too complex to tackle in the first season of a well-funded, star-studded sci-fi series.

It’s the complexity, however, that leads those who’ve encountered morally ruinous events to become distressed in the first place. It’s the realization that you voluntarily participated in actions that went against your moral code, and that the people in charge of you who were supposed to uphold the moral standards of your cause failed to do so in high-stakes situations. It affects drone pilots who feel responsible for the civilian deaths caused by their strikes, service members who saw their Afghan allies get left behind in the U.S. withdrawal from Afghanistan, and those who served in Iraq who wonder if the costs of our war over there, which included over 207,000 civilian deaths, served any moral or strategic purpose if there were no weapons of mass destruction in the first place. Moral injury has been revealed to be mechanically different from PTSD, as it is more strongly associated with emotions that developed after the event rather than during it, and has not been conceptualized as a fear-based disorder.

And moral injury affects more than just military service members. The COVID-19 Pandemic has led to increased rates of moral injury, often seen as “burnout” in health care workers. Recent research from Duke University that compared rates of moral injury among health care workers and veterans have revealed that medical professionals suffer from moral injury at rates just as high as Iraq and Afghanistan veterans. Morally injurious experiences included staffing shortages, betrayal by leaders, refusing to allow friends and family to visit dying loved ones and the rationing of care. The results of these events are often depression and, in some cases, the decision to take one’s own life.

The insurrection that serves as the background at the beginning of the Halo show had taken place over decades. It was a ruthless guerilla conflict that saw car bombings, suicide attacks, and assassinations by the insurrectionists as the government of Earth utilized technology and elite hunter-killer teams to disable the movement, with millions of civilians caught in the crossfire and killed; a fictional version of our wars in the Middle East that took place as the video game series was in its cultural heyday, a never-ending counterinsurgency campaign that could not achieve the end goal of total victory.

Earth’s government turned to genetically enhanced super-soldiers, taken from adult volunteers, to liquidate the insurrection’s leaders and win the war. It’s here that the moral injury tale the Halo series wants to tell could really be highlighted, as these super-soldiers soon found themselves embracing brutal tactics and losing their humanity as the conflict spiraled out of control.

Special operations forces can’t make up for strategic failures, and the super-soldier project was considered to have underperformed, leading to the UNSC kidnapping children to create the Spartan program. Strangely, only one piece of media in the Halo series even broaches the conversation about the moral ambiguity of this conflict and its effects: The 2007 novel Contact Harvest. In it, one of those super-soldiers, Staff Sgt. Avery Johnson, is plagued by guilt for his actions and finds himself at a loss about his identity as he tries to reconcile the morality taught to him by a surrogate mother and his actions during wartime. In the opening scenes of the story, Johnson reflects on how he and his fellow Marines call the insurrectionists “innies” to dehumanize their enemies and assuage their consciences, and how that doesn’t always work. We’re treated to scenes of the brutal killing of insurgent bomb makers, interrogations, and moral complexity as Staff Sgt. Johnson wonders if he’s making any difference.

He contemplates if what he has done throughout the war would make his surrogate mother proud or ashamed of him, a question he never gets an answer to as she passes away at the beginning of the story, throwing him into a spiral of depression and remorse.

Then, the aliens attack and all of that is forgotten. The video game series never explores these complex themes in its mainline products, focusing instead on aliens, who make easy villains to fight and destroy.

This pattern continues in the TV series, where the driving point of John-117’s transformation in Halo almost cheapens his character. One moment he is fine with being an utterly ruthless killing machine who had most likely killed children before at the behest of his superiors, and then after one flashback he develops a sense of humanity. The series so far has quickly skipped past any questions about whether he feels sorry or distressed about what he’s done, hinging his development on the revelation of his childhood and Dr. Halsey’s schemes. Just over halfway through the season, most attempts at moral complexity have been thrown out the window, replaced by a rote story of John being the chosen one who may save the universe.

The Earth government in the show is also blatantly evil and fascist, forcing the Spartan children to kill their pets for training, ordering the execution of teenagers, abusing workers on a planet as alien forces invade it, and putting a brutal war lord in charge of a colony who quite literally dresses in black and wears villain sunglasses. Dr. Halsey, who could serve as a point of moral ambiguity through her relationship with the children she kidnapped for war and her own biological daughter, has instead so far been portrayed as caring about scientific progress above all else. Her assistant is also evil; a skeevy, stereotypical creep. This point is driven home in a scene where he attempts to sexually assault Halsey’s clone and in his oft-repeated statements of how “the truth could bring all of them down.” This ignores the fact that those who commit sexual violence take a wide range of forms, including those who use their rank, power, and popularity as cover to commit their crimes.For a show that wants to explain the humanity of its combatants, there have been very few chances for such a rendering to emerge. An easy dichotomy between good and evil may make for good TV, but it reduces what could be a powerful tale into one that is simple, instead of one where the characters and audience just don’t know what to make of all of it. Perhaps they never will.