Companies behind robot dogs asks countries not to arm the robot dogs, please

Six firms pledged to find ways to mitigate the risk of weaponized robots, but didn't rule out their use for reconnaissance. 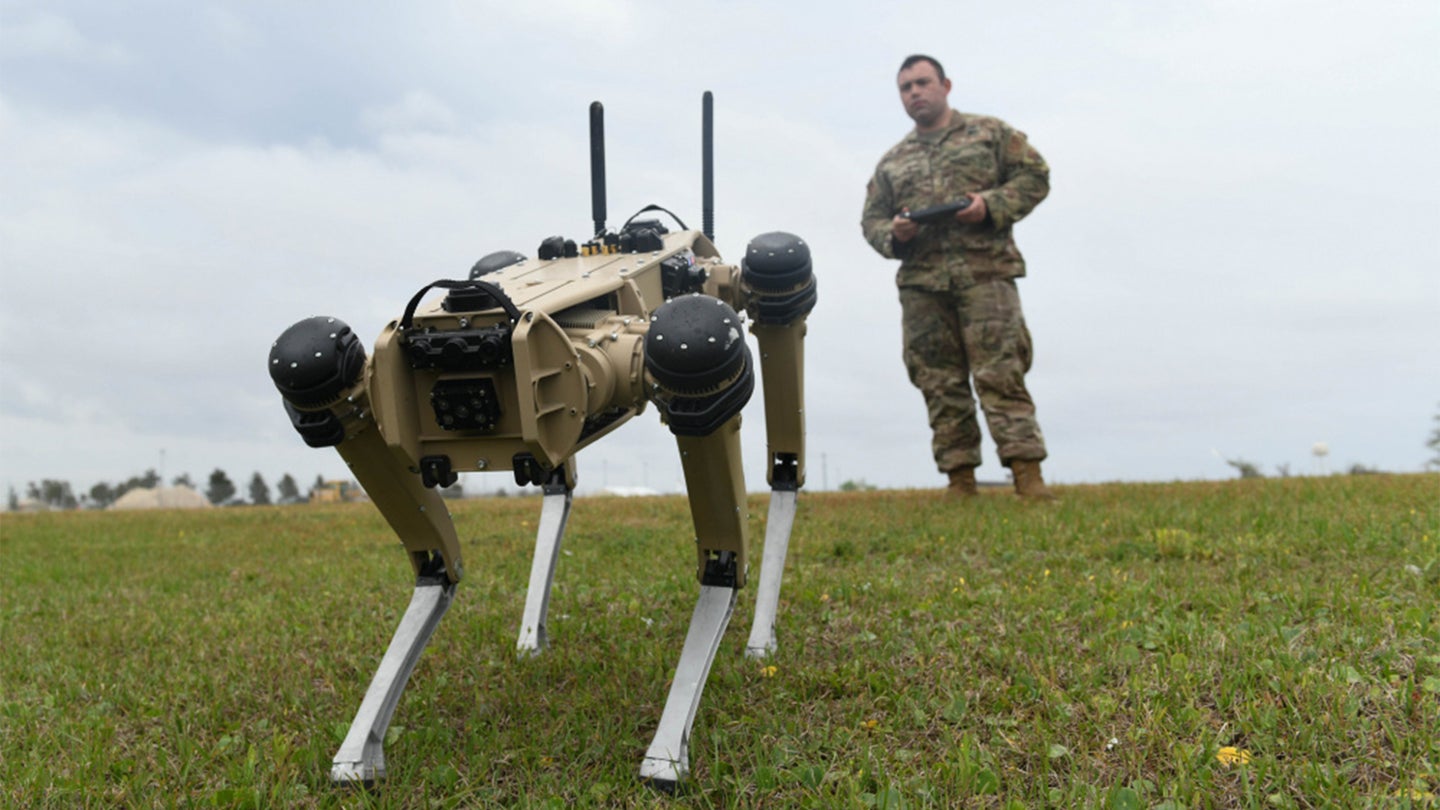 The companies behind some of the most advanced robotic “dogs” are asking militaries not to arm their robots. A half dozen technology firms released an open letter this week calling on countries around the world not to weaponize the robots, and pledged to not create armed versions for sale.

The letter, signed by companies such as Boston Dynamics and Agility Robotics and first reported on by Axios, lays out a case against the idea of putting guns and other weapons onto the walking robots. Right now the machines — from the kind of quadrupedal “dog” design by Boston Dynamics to Agility Robotics’ bipedal one — have already shown extreme levels of mobility, being able to run, walk and do complex movements. And versions of the designs are already getting aftermarket add-ons, such as mounted assault rifles.

“As with any new technology offering new capabilities, the emergence of advanced mobile robots offers the possibility of misuse. Untrustworthy people could use them to invade civil rights or to threaten, harm, or intimidate others. One area of particular concern is weaponization,” the letter reads. “We believe that adding weapons to robots that are remotely or autonomously operated, widely available to the public, and capable of navigating to previously inaccessible locations where people live and work, raises new risks of harm and serious ethical issues. Weaponized applications of these newly-capable robots will also harm public trust in the technology in ways that damage the tremendous benefits they will bring to society.”

This is not without warrant. Armed drones are regularly used by militiaries, and the dog-esque design is increasingly becoming popular in arms shows. A Chinese firm makes several robotic dogs, which the Russian armed forces recently tried to display as one of its own, disguised in ninja-like clothes to hide its origins. Because many of these robots are meant to be able to carry items, it is not proving overly difficult to affix a weapon to them, although that has not yet become widespread, or used in the field.

It’s also an interesting stance from these companies since some, such as Boston Dynamics, initially developed these robots with American military money. That was not for armed use, though. So far these machines have been deployed in tests, unarmed, with the French military and American police departments, partly in reconnaissance roles. That kind of role still seems like something the signatories are open to, as they said they do not take issue with any existing tech different countries are using for defense.

Quadrupedal robot dog maker Ghost Robotics is not among the companies to sign the letter. That firm has regularly sold its machines to the U.S. military, which so far are being used on patrols.

However, the different companies did pledge to research and develop features for their robots to “mitigate or reduce” the risks posed by weaponizing the machines. It’s unclear what that would mean, or how that would impact weaponized robot dogs already in the field.

“We pledge that we will not weaponize our advanced-mobility general-purpose robots or the software we develop that enables advanced robotics and we will not support others to do so. When possible, we will carefully review our customers’ intended applications to avoid potential weaponization,” the letter said.