The classic Global War on Terror ride gets an update for the high-tech era. 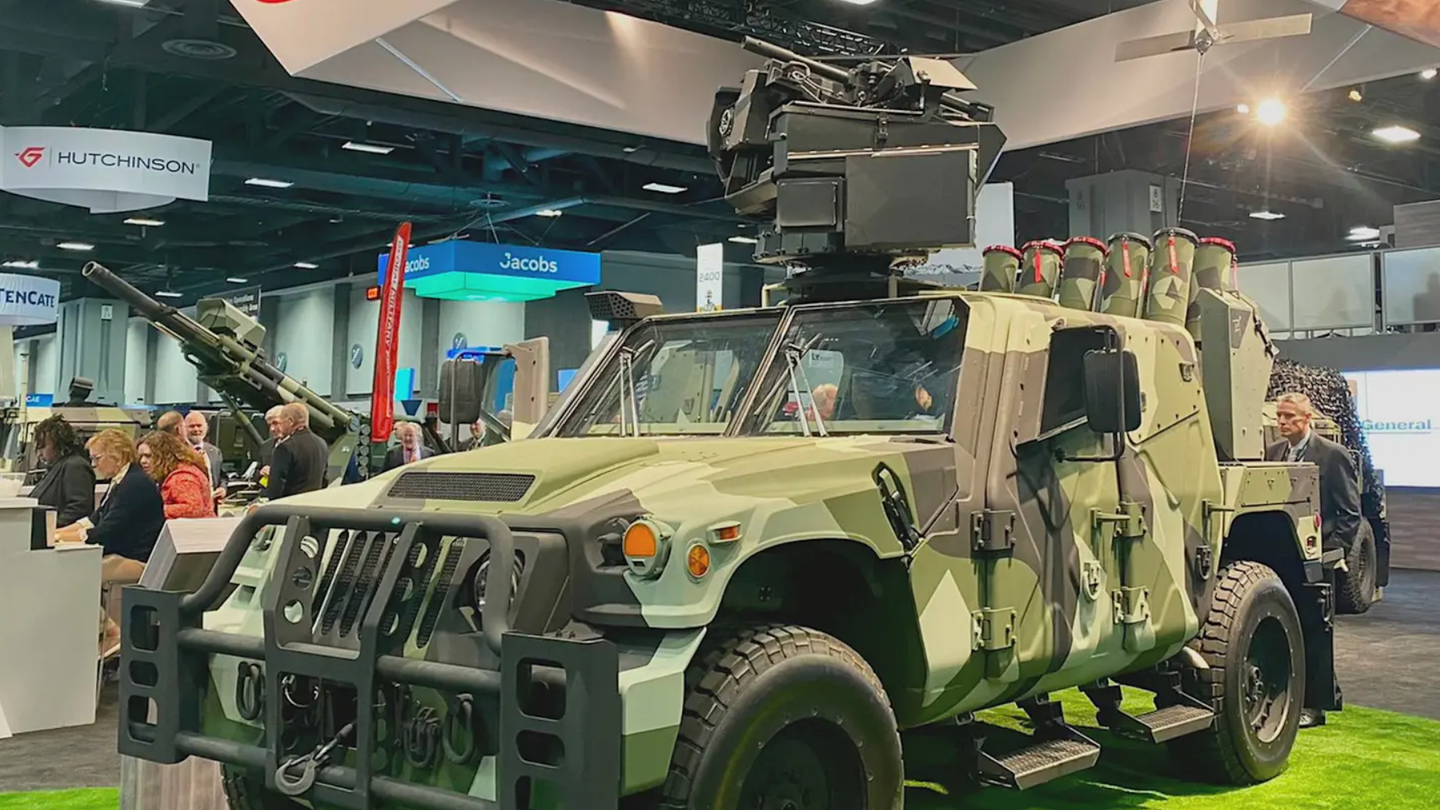 The Army is already working to phase out the Humvee for its new Joint Light Tactical Vehicles (JLTV) but the company that makes the iconic ride from the Global War on Terror wants to give it a new life: as a mobile platform for suicide drones.

AM General, the company behind the Humvee, showed off its Humvee Saber Blade this past week at the annual Association of the U.S. Army convention in Washington, D.C. It looks, well, like a Humvee, but with some large weapons platforms mounted on it. The new Saber Blade has launchers in the back that can fire 24 different “loitering munitions,” while the top of the vehicle has a Hornet Air Guard Remote Controlled Weapon System turret. That is, thanks to a series of cameras and a radar, able to tell when drones are nearby and shoot them down using a 40mm Heckler & Koch GMG grenade launcher.

The bigger deal is the Humvee’s ability to field and fire Switchblade loitering munitions. Consider a drone that can also be used as a missile. The Humvee Saber Blade can fire 10 Switchblade 600s and 14 of the smaller Switchblade 300s. The smaller one can fly for 15 minutes, while the 600 can fly for 40 minutes. Both are equipped with cameras and GPS systems, meaning the drone users can use them for surveillance and reconnaissance, and then if they need to, fly into the target. It’s how they got the nickname “suicide drones.” They can also be turned off if the soldier at the controls doesn’t need a target. That range, fixed to a Humvee means a very mobile weapons platform for the suicide drones.

It was developed in coordination with Switchblade maker AeroVironment and remote-controlled weapon system manufacturer Hornet Defense.

“We are extremely excited to participate in this year’s AUSA, which is the perfect venue to introduce new and innovative products to support our most important customer – the Warfighter,” John Chadbourne, executive vice president and chief business development officer for AM General, said in a statement ahead of showing off the vehicle at AUSA. “With the HUMVEE Saber Blade Edition, we continue to push the boundaries of lethality and protection on the battlefield, and we’re proud of the collective effort we fostered with AeroVironment and Hornet to bring this concept to life.”

There’s some elements at play here. The Humvee was in service for more than two decades, soldiers in the Army know it well. AM General obviously has a reason to want to keep it in service, but a familiar platform for newer technology could make it easier for the Army to field more recent weapons. Drones are increasingly being utilized in coordination with live soldiers on the battlefield, and soldiers are even training to handle drone swarms.

It’s not clear if the U.S. military actually will use the Humvee Saber Blade, given its commitment to the JLTV, but the design reflects clear trends in defense and weapons development.  As the war in Ukraine is showing, both fast moving weapons platforms and small reconnaissance drones — military grade or modified commercial ones — are useful tools for a combined-arms offensive.