“We must move beyond the weapons and mission sets that made the A-10 famous.” 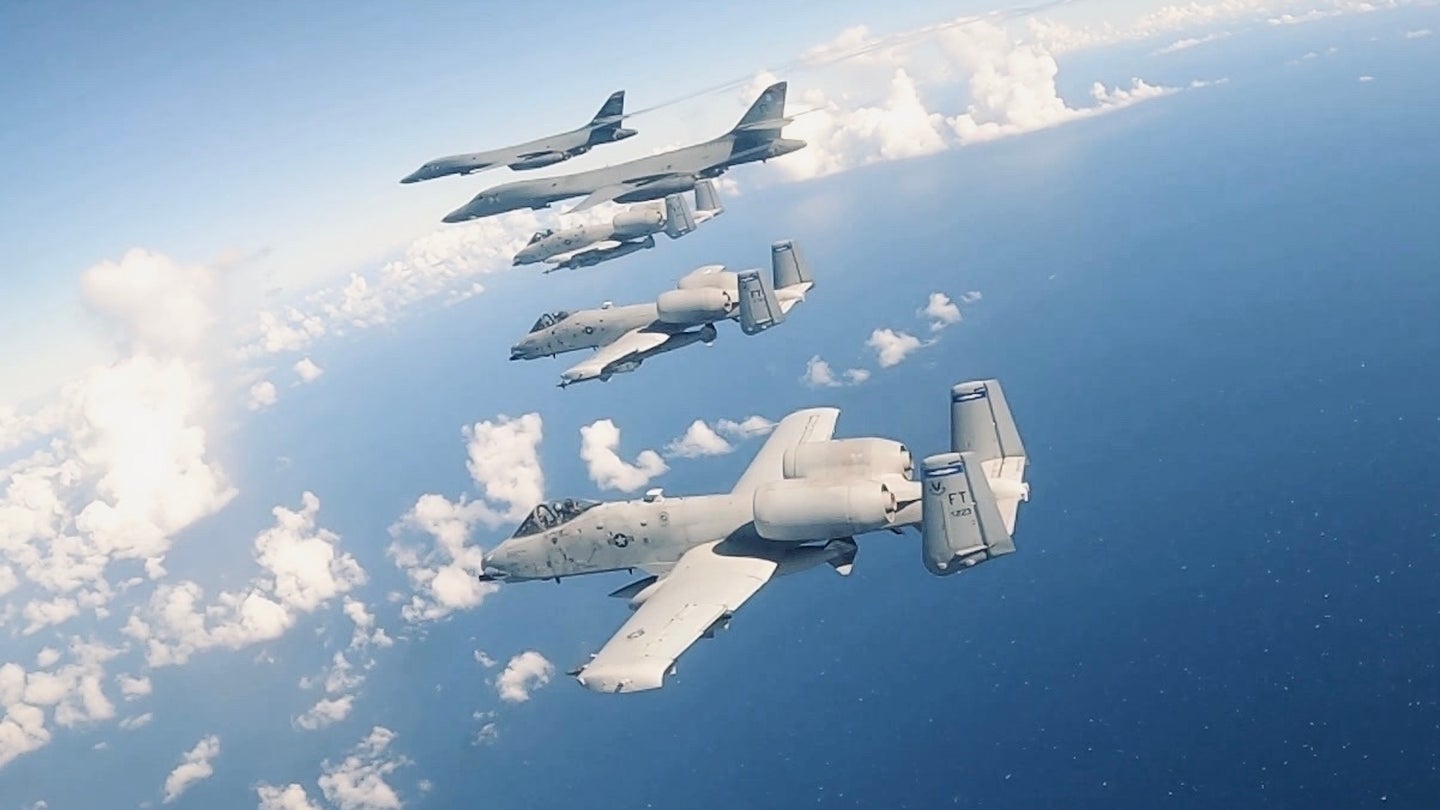 The saying ‘you can’t teach an old dog new tricks’ apparently does not apply to the A-10 Warthog, because an A-10 squadron proved last month that the vaunted close air support platform can also be used to confuse enemy air defenses so friendly bombers can attack targets without as high a risk of being shot down.

The new tactic revolves around the ADM-160 Miniature Air-Launched Decoy (MALD), a 300-pound aircraft that can be launched mid-air and duplicate the signature and flight profile of other aircraft. Since they mimic actual aircraft on a radar screen, MALDs make it more difficult for enemy air defense operators to decide which blips on their radar are actual threats. This has the effect of “inducing confusion and noise into the enemy air defense picture and complicating their tactical decision-making,” Maj. Maurice “SPAWN” Grosso, an A-10 pilot, wrote in an essay for Task & Purpose in May.

“When planned and utilized properly, a few dozen decoys can wreak havoc on the defenses of a sophisticated potential enemy like Russia or China,” said Grosso, who pointed out that an A-10 can carry up to 16 MALDs below its wings.

The chaos-causing potential of MALD appeared at the core of the 74th Fighter Squadron’s recent A-10 experiments, which saw pilots from the 74th FS fly from their home at Moody Air Force Base, Georgia to Guam, where they practiced flying an integrated strike mission with B-1B Lancer bombers.

Though a press release about the exercise did not provide many specifics about the nature of the simulated strike mission or how many aircraft were involved, it stated that “aircrews must exercise and simulate combat employment of MALD capabilities within strike packages” before those concepts can be used in combat. The fact that the Air Force actually brought pilots around the world and put jets in the air to practice the technique might indicate that the service is seriously considering flying MALD-equipped A-10s should an actual conflict arise.

At least one bomber pilot appreciated the extra help.

“Having a combat-proven platform like the A-10 provide support through their MALD decoys increases the probability that our aircraft and weapons successfully strike their targets,” Maj. Daniel Winningham, a B-1B instructor pilot with the 37th Bomb Squadron, said in the press release. “The training opportunities provided by sorties like this are invaluable.”

Using the A-10 to help other aircraft survive is a change of pace for the 46-year-old aircraft, which was specifically designed for providing close air support for friendly ground troops. That design saved the lives of countless service members over the past twenty years during the Global War on Terror.

However, as the Air Force prepares to fight China in a possible future war, service leaders say the aging plane would not survive a battle with advanced enemy air defenses. The Warthog will still be around for some time though, as the Air Force plans to keep it flying into the 2030s.

In an era when most of the Air Force fleet is older than dirt and the threat of China is not going anywhere, the question then becomes: how does the service use the tools available as effectively as possible? The 74th Squadron’s answer: load ‘em up with decoys.

“The A-10 is famous for its 30-millimeter gatling gun and ability to carry large weapons loads,” squadron commander Lt. Col. Matt Shelly said in the press release. “But we must move beyond the weapons and mission sets that made the A-10 famous in the low-intensity conflicts of the Middle East and accelerate change in this way to be a force multiplier for combatant commanders.”

With its 11 weapons stations, the Warthog could carry a few MALDs and a few conventional weapons for a wide mix of missions, Shelly said. Sending A-10s in with MALDs also lightens the load for newer aircraft like the F-35, which can then pursue other objectives, the press release noted. The A-10 can also loiter over a battleground for a long time and operate from relatively austere locations with minimum support, making it a flexible tool for commanders.

“This mission was a fantastic way to demonstrate how the A-10 is capable of shifting from a close air support team mindset to a strike team,” said Capt. Coleen Berryhill, an A-10 pilot with the 74th. “We are building on our old principles to transform into the A-10 community the joint force needs.”

The 74th FS is not the only A-10 unit eyeing MALD as a way to keep the Warthog in the fight. The 127th Wing at Selfridge Air National Guard Base, Michigan paved the way earlier this year when they found that MALD could actually be mounted under the aircraft’s wings, Grosso explained.

At the time, Grosso hoped that MALD could complete its A-10 integration over the next few months. If all goes well, a four-ship formation of A-10s could throw down an eye-watering number of decoys in advance of a friendly bombing run.

“Good luck to our adversaries trying to sort and pick through the 64 MALD delivered by a four-ship flight of A-10s,” Grosso wrote.

MALDs may be just the tip of the iceberg for using the A-10 in creative new ways. Grosso also proposed loading the Warthog with AGM-158 Joint Air-to-Surface Standoff Missiles: air-launched cruise missiles that can strike targets from hundreds of miles away.

The A-10 may be able to carry four or five JASSMs, Grosso said, though the aircraft would require software integration as well as ground fitting and separation testing to make it work.

“Imagine a rapidly-deployable force of non-nuclear fighters that can operate from the most austere locations with a minimal footprint while providing long range fires, decoys, electronic attack, and mission support,” Grosso wrote. “That vision is achievable at minimal cost by using assets and capabilities that the Air Force already has, but simply needs to integrate.”

Col. Russell Cook, the commander of the 23rd Wing, of which the 74th Fighter Squadron is a component, seemed to be on the same page.

“Like all aircraft in the United States inventory, the A-10 is getting older every day and will eventually be replaced by newer aircraft,” Cook said in the press release. “Until that day comes, it is our duty to ensure the defense of our nation and allies by training to be lethal anytime, anywhere, against any adversary.”