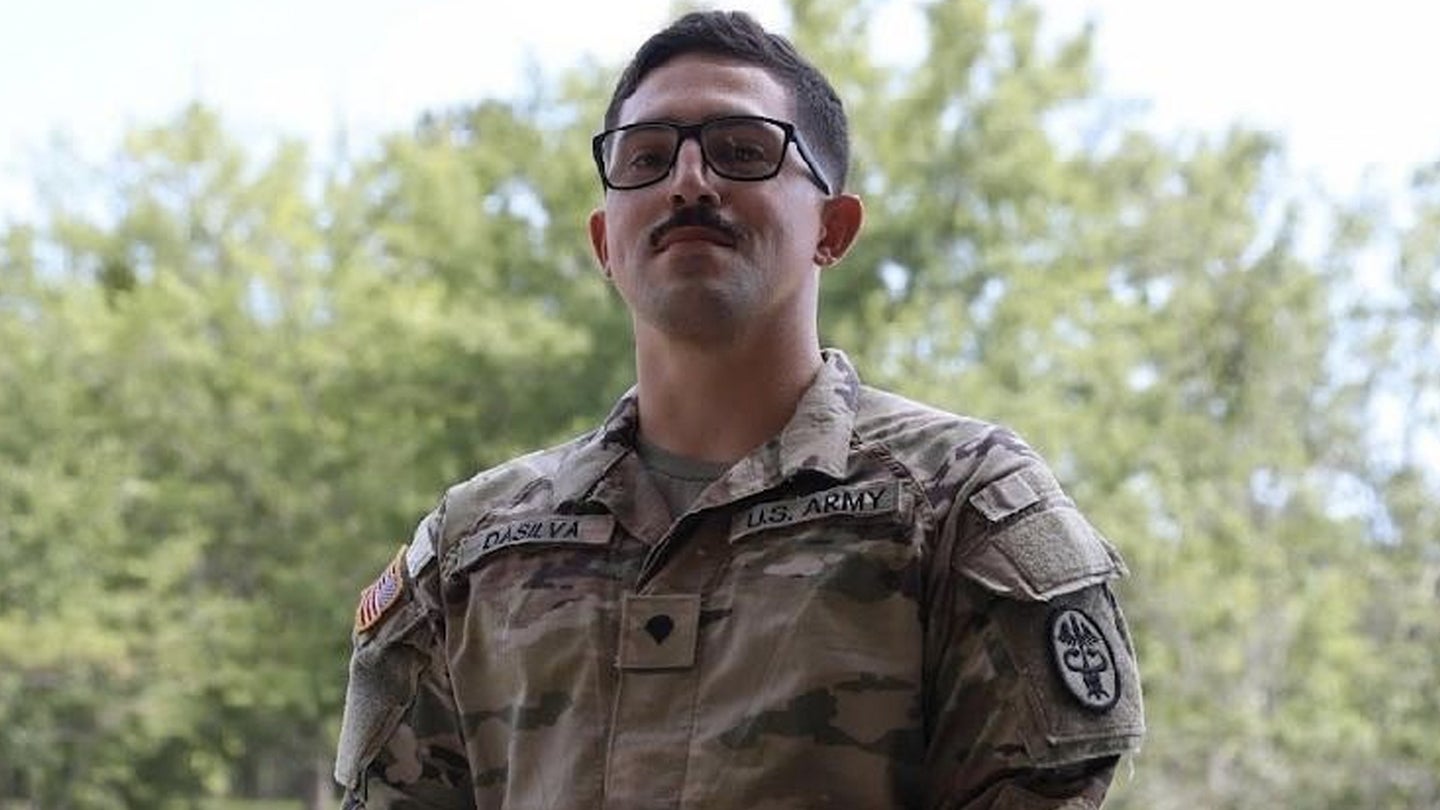 An unexpected champion emerged at the Army’s recent Best Squad Competition when a combat medic who was “voluntold” to face off against Special Forces, infantrymen, and other top soldiers from across the service ended up beating them all in marksmanship. Army Spc. Paulo DaSilva did not anticipate being named the Army’s Best Shooter for 2022.

“I was confident in my shots. Although I excelled against my peers in the train up, I didn’t expect to win,” DaSilva said in a recent press release. “I was pretty stoked to learn I’d won against such high-caliber competitors as the Special Forces and the infantry. It was pretty badass.”

Just making it through the Best Squad Competition would have been an achievement. Formerly known as Best Warrior, the week-long competition features twelve teams of five soldiers from the Army’s major commands such as Army Pacific, Army Cyber Command, and Army Training and Doctrine Command.

Hosted at Fort Bragg, North Carolina and Washington D.C., the competition tests each squad on many aspects of Army life, including a combat fitness test, marksmanship, a 12-mile march, battle drills, an exam on Army knowledge, and a board-style interview that included a uniform inspection. Now all they need is a moldy barracks survival test and a cage fight with the widely-despised Defense Travel System to cover all aspects of Army life.

DaSilva said he wound up on the squad for Army Medical Command because one of his leaders saw he had potential, which led to him being “voluntold” for the job. The intense training for the competition included early morning workouts, weightlifting, ruck marching, obstacle courses, and land navigation. The medic said he and his teammates focused on improving their weak points: which for DaSilva involved shooting movement and land navigation. Despite the hard training, the squad was motivated to succeed.

“It really started within for all of us. We all had a drive,” he said. “Shooting the M4 clicked with me and became an area I excelled in. We had good training and resources. I was in awe of the caliber of people who were training us.”

It probably helped that one of DaSilva’s teammates was Sgt. Garrett Paulson, who wound up earning the title NCO of the Year. The competition was a sort of celebration for Paulson, who had emerged from a difficult period where he struggled with mental health and thoughts of suicide.

“[I]f anything coming out of this competition, I just want soldiers, NCOs, whoever it is that reads this or hears it to realize that sometimes your best moments are going to come after intense darkness,” Paulson told Task & Purpose in October.

The Army Medical team — nicknamed the “Tournikids” — was up against stiff competition, and DaSilva described the firing range as the most difficult he had ever seen.

“It was at an upward angle,” said DaSilva, who is currently assigned to Medical Readiness Command West’s Reynolds Army Health Clinic at Fort Sill, Oklahoma. “There was lots of greenery that made it hard to see the targets because they blend into the surroundings.”

Still, the medic pulled through and ended up on top in shooting. While the Army Medical squad did not make the final four, and Special Operations Command won Best Squad of the Year, DaSilva and his teammates gave it their all.

“We showed up as Army Medicine soldiers,” he said. “Everything got thrown at us — not just medical. We made a movement there. We had a lot of determination to show that MEDCOM is not to be taken lightly in this competition.”

Competing at Best Squad is just the latest in a broad range of life experiences DaSilva has had so far. The 30-year-old Californian worked as “a painter, a maintenance man, a casino supervisor, a CNC machine operator, and even did body piercings,” before joining the Army two years ago, the press release said. His Christian faith helped him decide to become a medic, known as a 68W in the jargon of military occupational specialties.