The man fired "multiple shots" at the Guardsmen on April 18. 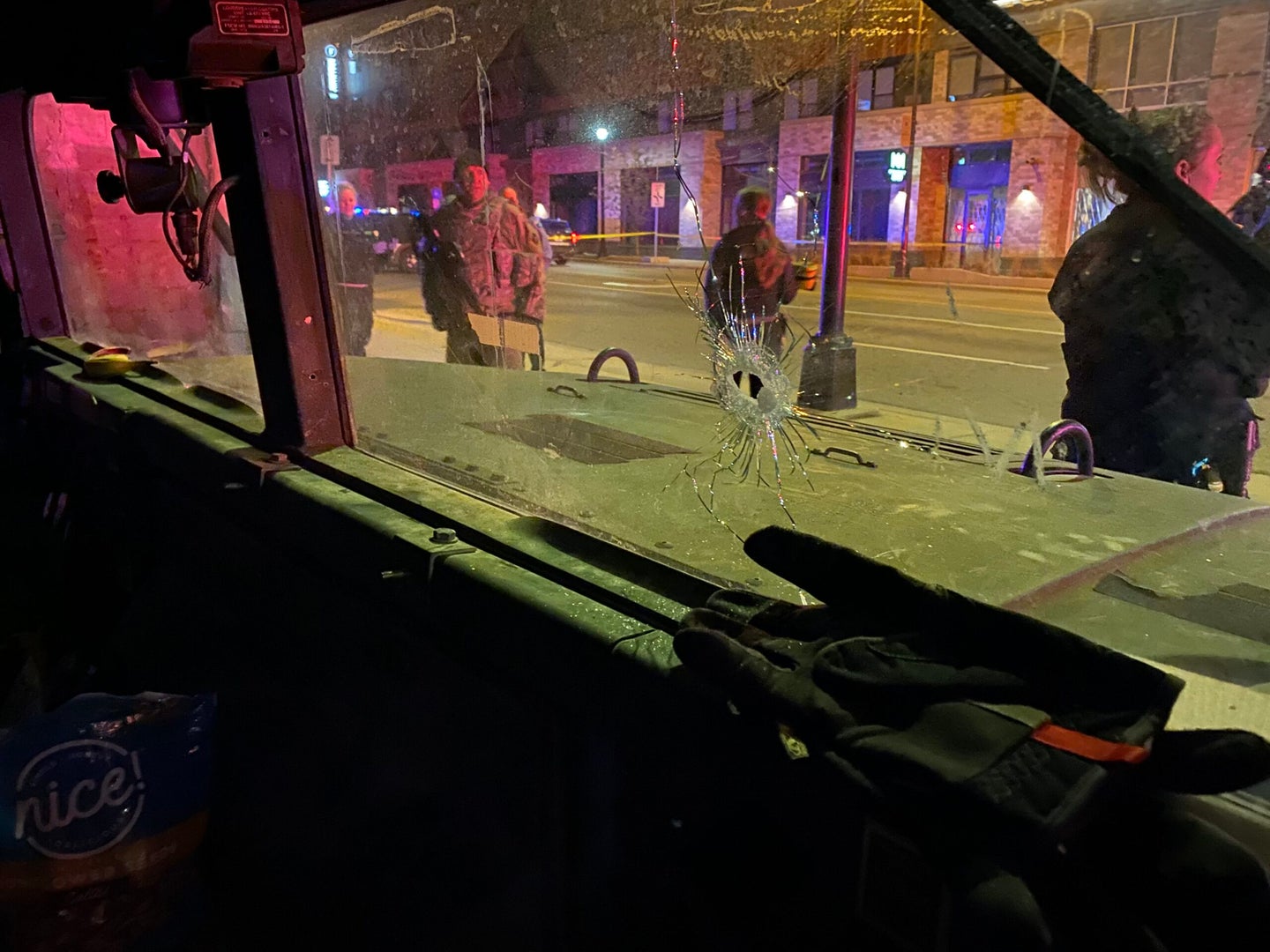 A man has been sentenced to eight years in prison for shooting at two Minnesota National Guardsmen in April.

Andrew Thomas, 28, pleaded guilty this week “to assault with a dangerous weapon, drive-by shooting and illegal possession of a firearm,” according to The Star Tribune.

The shooting on April 18 of this year resulted in minor injuries to two soldiers who were inside of a Humvee.

Roughly 3,000 Minnesota Guardsmen were mobilized in April during the trial of Derek Chauvin, the police officer found guilty of all charges for the death of George Floyd.

Thomas fired “multiple shots” at a team of soldiers from an SUV on April 18, according to a press release from the U.S. Attorney’s Office. One of the bullets went through the windshield of the vehicle.

One of the soldiers inside the vehicle was taken to the hospital “for treatment of injuries from shattered glass.” The other soldier was treated for superficial wounds at the scene.

A search of Thomas’ SUV later found “a Springfield Armory XD-9 9mm semi-automatic pistol, a .22 caliber revolver with an obliterated serial number, ammunition, and two discharged cartridge casings,” according to the release.

Sgt. Justin Haynes told WCCO, a CBS affiliate, that the Guardsmen were “aware that everyone is feeling a lot of different types of ways.”

“All we can do is kind of stand strong while we’re here,” he said at the time. “It is surreal because I don’t expect to get shot at in uniform protecting my streets, on my streets that I come home to.”

The Star Tribune reports that Thomas will be in prison for roughly five years, with credit for the time served since he was arrested.