This Soldier Stood Up To Sexual Harassment. Then She Was Kicked Out Of The Army

When Emily Vorland joined the Army, she expected to see the world, build a career, maybe go to war. What... 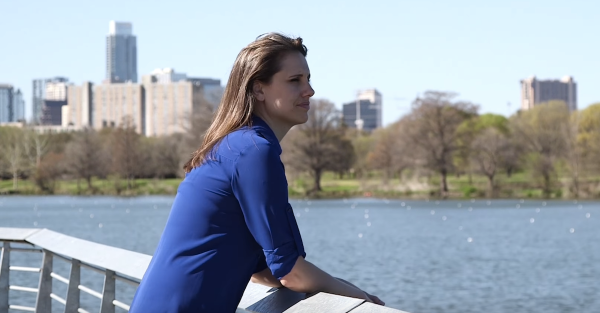 When Emily Vorland joined the Army, she expected to see the world, build a career, maybe go to war. What she didn’t expect was for her war to be with the Army and for the fight to be over her character. But in 2010, after two years of active duty, Vorland found herself involuntarily separated with a general discharge for “unacceptable conduct” after doing little more than standing up for herself against sexual harassment.

Six years after being separated from the Army, Vorland, 31, is still appealing her discharge. And Vorland is only one of thousands of service members forced to live with a “bad paper” discharge after facing sexual harassment or assault while serving.

In its new 124-page report, “Booted: Lack of Recourse for Wrongfully Discharged US Military Rape Survivors,” advocacy group Human Rights Watch interviewed more than 160 military service members about their separation from the military after reporting sexual assault or harassment, and the lasting impact of their less than honorable discharges.

While approximately 85% of service members leave with honorable discharges, the remaining 15% receive what is considered “bad paper” — a discharge category that ranges from general under honorable conditions to dishonorable. Sexual assault survivors with such a discharge find it difficult to access benefits, including those they most need after dealing with the trauma of their experience.

Related: The Military’s Problem With Sexual Assault Is Not A Data Problem »

While advocates accept that the military’s unique readiness requirements makes the military less capable of dealing with survivors’ needs, the numbers suggest that little effort is being made to address these issues in-house before pushing assault and harassment victims out of the military. A May report released by Department of Defense’s Inspector General found that 67% service members who reported sexual assault and were then discharged were done so without proper documentation of “non‑disability mental conditions,” including personality disorder.

In its report, Human Rights Watch found that more than half the survivors they interviewed who left the service between 2000 and 2010 had been diagnosed with a personality disorder. This was nearly double what the advocacy group expected to find given the proportion of women actively serving. Though women make up only 15% of all active-duty forces, they account for 25–31% of those discharged with personality or adjustment disorders.

When Vorland was discharged from the military, the hardest thing for her was dealing with the loss of the career she’d worked so hard for. “It was devastating to see other people’s accomplishments and wish I’d had the opportunity ,” she says. But it was also hard for her in a practical sense, as her bad-paper discharge made it difficult for her to get transition assistance and cut her off immediately from health insurance.

But it isn’t only survivors’ benefits that are harder to access because of a bad paper discharge. At nearly every step of their post-separation lives, veterans are required to show their discharge papers. Whether they’re applying for medical benefits at the local VA hospital, a mortgage to buy a new home, college, or even trying to get something as simple as a veteran identifier on their driver’s license, the DD-214 is the key that opens each of those doors. A less than honorable discharge, then, could result in discrimination, which the military itself warns service members upon separation.

Her own discharge made it difficult for her to find a new job. Vorland couldn’t enlist in the reserves or National Guard because of her bad paper, her discharge made her a less competitive candidate for other government jobs, and it took her eight months to find work after being separated — all because of her general discharge, she says.

The hardest thing for Vorland, however, was the mere process of being involuntarily separated. Growing up a tomboy in Iowa, Vorland only ever wanted to join the military — it was what she fantasized about. After the Sept. 11 attacks, her decision to join only solidified, and after getting her college degree, she joined the Army.

“[The military] was my career, that’s how I saw it,” she says. “I got a degree in science as a backup, but I had no intention of using it. I wanted to go all the way ”

Vorland describes basic training as being long, hard and terrible — “but I liked it,” she says. She was commissioned in 2007 and went on active duty in 2008. Vorland was stationed at Fort Hood, Texas, until April 2009, when she deployed with the 1st Cavalry Division to Iraq.

It was while she was serving overseas that Vorland was first propositioned by a married commanding officer who was part of her unit, though not in her direct chain of command.

After Vorland reported harassment by the officer in question, an investigation was conducted. He was relieved of his command, and Vorland thought the story was over. But the officer who’d harassed her appealed, and three months later, the decision was sent to a board of inquiry for further investigation. At that point, Vorland says, her character came into question. At the time, Don’t Ask, Don’t Tell had not yet been repealed, and as a closeted gay woman, Vorland felt nervous about what would come out in the investigation.

“It felt like a modern-day witch hunt,” she says. “They kept going down that trail of what kind of woman I was.

“In Army policy, a soldier will not face reprisal for coming forward , but the majority of the testimony was based on other soldiers’ opinions of me,” Vorland says. “How is that not seen as retaliation? They were going after my character.”

Meanwhile, Vorland was told that if she testified on her own behalf, she’d be punished for lying. “Three months later, I’d moved on,” she explains. “I didn’t realize I’d be interrogated about minor details I couldn’t recall.”

She opted not to testify, and she was then given a general reprimand and involuntarily separated.

“It was just so easy for them to do it,” she says.

Unfortunately, for veterans with such mischaracterizing discharges, there is little recourse. Anyone with a less than honorable discharge can appeal to their branch’s Discharge Review Board, but, according to the Human Rights Watch report, “ecause of the low likelihood of success, a military law expert described the Boards as ‘a virtual graveyard.’” Upward of 90% of veterans seeking an upgrade to their discharge have their cases dismissed after little or no review, according to Human Rights Watch’s findings.

“The thing about military discharges is they can have a terrible stigmatizing effect,” says Eugene Fidell, a military law expert at Yale University. “A bad paper discharge can be the equivalent of a life sentence.”

Not only do veterans who’ve received a bad paper discharge face stigmatization, but they are also at a greater risk of homelessness, suicide, and imprisonment. A 2007 report by the Bureau of Justice Statistics found that 35–40% of veterans in state and federal prisons had received a less than honorable discharge. Meanwhile, a 2015 report in the Journal of the American Medical Association found that although only 5.6% of veterans had been separated for misconduct, more than 25% of homeless vets had received such discharges.

However, even if veterans are able to present their cases to a Discharge Review Board, they’re still facing an uphill battle. “I went into it expecting it to go better. I thought because it was oversight that it would be really by the book,” Vorland says of her appearance before the Army’s Discharge Review Board in 2013. “But it was like reliving the . It became a battle. They just yelled at me.”

In 2010, Emily Vorland found herself involuntarily separated with a general discharge after reporting another soldier for sexual harassment.Photo courtesy of Human Rights Watch

“Thousands of victims were wrongfully discharged, but nothing has been done to correct their discharges,” says Sara Darehshori, senior counsel for Human Rights Watch. “The Department of Defense response has been to refer people who believe they were unjustly discharged to the Boards For Corrections of Military Records or the Discharge Review Boards. But, in fact, the likelihood of success for those boards is next to nothing.”

Following her hearing before the board, Vorland’s lawyer told her she found it difficult to send other clients before the board because of the way Vorland had been treated. And while Vorland’s experience was exceptionally harsh, it wasn’t unique. In fact, between January 2009 and December 2012, the Board for Correction of Naval Records only approved 1% of requested discharge upgrades out of nearly 4,200 cases it reviewed. In 2012 alone, the Army, Navy, Air Force, and Marines received more than 36,000 requests for records corrections. The Army’s correction board, though it decides nearly 9,000 cases per year, held only one hearing between 2009 and 2013.

Related: The Mental Health Care Bill For Vets That No One Is Talking About »

In recent years, the military had made improvements to how it handles sexual assault cases and now provides additional resources and protections to service members who are sexually assaulted or harassed while in service. However, according to Human Rights Watch, little has been done to address the damage done to those who reported sexual assault before these reforms were implemented and continue to struggle with bad paper discharges.

Human Rights Watch has issued a series of recommendations meant to address the issue of recourse. The group suggests allowing vets the right to personally appear before the Boards for Corrections of Military/Naval Records, as they are allowed to appear before Discharge Review Boards. Human Rights Watch also recommends that these boards give special consideration to upgrade requests from victims of sexual assault who have experienced post-traumatic stress disorder. Further, Human Rights Watch has advised that the secretary of Defense develop a working group with representatives from each service’s board, military lawyers, and veterans advocacy groups to study standards for granting relief, determine best practices and procedures, and make recommendations for uniform standards and procedures.

While these recommendations, even if followed, will provide little recourse for those who have already spent years fighting their bad paper discharges, Vorland is optimistic.

“For me personally, not a lot of doors will open up, but it will close this door,” she says. “And maybe someone else will learn how to or will be able to avoid it.”