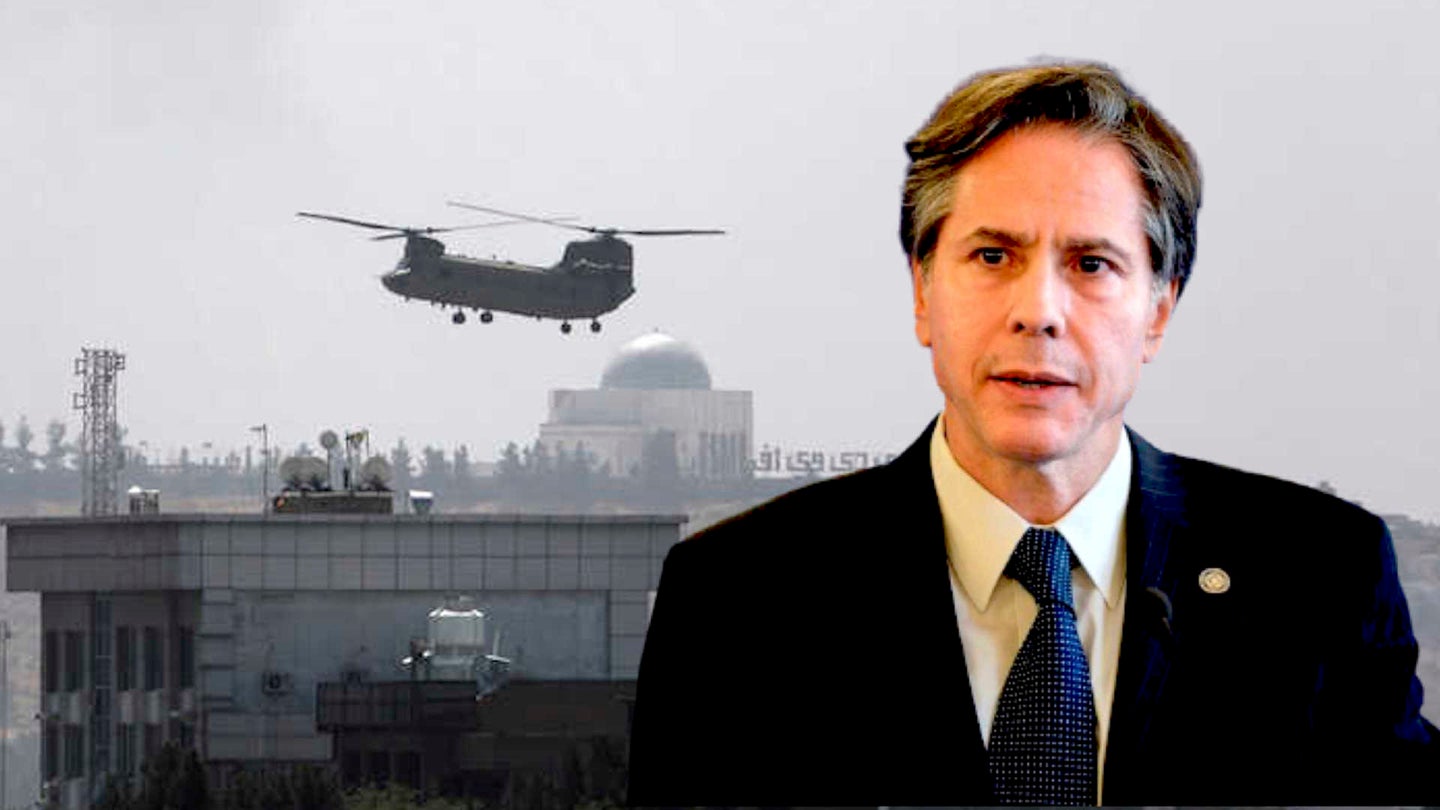 Secretary of State Anthony Blinken has a knack for seeing the future — even if he doesn’t seem to know it at the time.

Speaking at a House Foreign Affairs Committee hearing in June regarding the United States’ efforts to evacuate foreign allies from Afghanistan, Blinken insisted that “we’re not withdrawing, we’re staying, our embassy’s staying.”

“If there is a significant deterioration in security, I don’t think it’s going to be something that happens from a Friday to a Monday,” Blinken said at the time in response to a question from Rep. Michael McCaul (R-Tex.), the committee’s ranking Republican member.

Unfortunately for Blinken, “a Friday to a Monday” is literally what happened in Afghanistan this past weekend.

The Taliban swept through the Afghan capital of Kabul in recent days, capturing the presidential palace and proclaiming the return of the Islamic Emirate of Afghanistan that U.S. forces first ousted from the country nearly 20 years ago.

The U.S. accelerated the evacuation of its embassy amid the Taliban advance, routing diplomatic staff and foreign allies to Hamid Karzai International Airport for their immediate departure amid a heavy U.S. troop presence.

The airport has since devolved into chaos as thousands of desperate Afghans valiantly plea for an escape from the country. Reports even suggest that some Afghans are clinging to the sides of U.S. Air Force transport aircraft in a desperate attempt to flee.

Despite the scenes flowing out of Kabul on social media and growing criticism of the Biden administration’s handling of the U.S. troop withdrawal from the country, Blinken remained resolute when reached for comment on Sunday following the Taliban’s sweep of the capital.

“This is manifestly not Saigon,” Blinken told ABC’s ‘This Week’ on Sunday. “We went into Afghanistan 20 years ago with one mission in mind, and that was to deal with the people who attacked us on 9/11, and that mission has been successful.”

But even the Pentagon doesn’t think this is true. In an interview with NBC News after taking over as head of U.S. forces in Afghanistan last month, Marine Gen. Frank McKenzie stated plainly that Al Qaeda remains the main focus of the U.S. military in the region.

“What we’re here for is to prevent Al Qaeda and ISIS from being able to reconstitute in the ungoverned spaces, generally of eastern Afghanistan, and be able to plot attacks against our homeland,” McKenzie told NBC News. “That threat is still here today.”

“If that pressure comes off, I believe they’re going to regenerate,” McKenzie continued. “And I think it’s only a matter of time before we see them assert themselves and begin to plan attacks against our homeland.”