Officials did not consistently document of human rights abuses committed by Afghan security forces during the first 15 years of the U.S.-led military campaign there, relying on a constellation of Microsoft Excel spreadsheets that were often lost or deleted 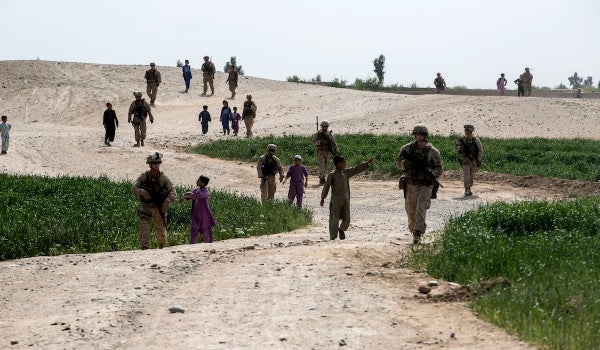 Officials did not consistently document human rights abuses committed by Afghan security forces during the first 15 years of the U.S.-led military campaign there, relying on a constellation of Microsoft Excel spreadsheets that were often lost or deleted, according to documents reviewed by Task & Purpose.

“We have implemented a new reporting system, we're ensuring that all soldiers are trained, and every American soldier knows what's right and wrong, and they know that if they see a violation they are to report it,” then commander Army Gen. John Nicholson said during a video briefing at the time.

The resulting training slides for the new Resolute Support Incidents of Gross Violations of Human Rights Tracking System, or (R.I.G.H.T.S.), obtained by Task & Purpose through a Freedom Of Information Act request, shed light on those inconsistencies — namely the use of notoriously frustrating Excel spreadsheets — a particularly galling oversight given the United States' stated commitment to human rights in Afghanistan since the outset of the conflict there.

“These trackers are typically excel spreadsheets that are subject to version issues, being lost or misplaced during advisor hand over, or being deleted,” the slides read.

A slide from the Resolute Support Incidents of Gross Violations of Human Rights Tracking System, or (R.I.G.H.T.S.), obtained by Task & Purpose through a Freedom Of Information Act request(Resolute Support via FOIA)

Both monitoring and enforcement were hindered by ” lack of compatibility among [Gross Violations of Human Rights] stakeholders.” In response, the R.I.G.H.T.S. system was developed to create a “common, web-based database” accessible by both Afghan and international authorities.

The system was explicitly designed to satisfy Leahy Law requirements that prohibit military assistance for foreign allies facing credible allegations of gross human rights violations. But implementing a unified database feels like way too little, way too late: While a formal requirement to establish “concrete areas for implementation” to combat conflict-related sexual violence originated with a NATO Military Committee memorandum in June 2015, the scourge of child sexual abuse has been well known to Pentagon officials for years.

According to a declassified U.S. Special Inspector General for Afghan Reconstruction (SIGAR) report detailed by VOA News, Afghan security forces were involved in 75 gross violations of human rights between 2010 and 2016. But those numbers are likely low: the SIGAR report noted that it wasn't until the New York Times detailed “rampant” abuse in September 2017 that U.S. military officials in Afghanistan “provided related training and issued clear guidance that personnel should report suspected child sexual assault.”

The Times expose was damning. In 2012, Lance Cpl. Gregory Buckley was murdered, along with two fellow Marines, at the hands of “one of a large entourage of boys” who lived with an Afghan National Police commander with a reputation for child abuse at Forward Operating Base Delhi in Helmand Province. According to The Times, his murder came two weeks after he reportedly expressed concern over the police officer's “tea boys.”

In 2011, the Army involuntarily discharged Sgt. 1st Class Charles Martland for severely beating an Afghan local police militia commander who allegedly “abducted a boy and kept him chained to his bed as a sex slave,” the New York Times reported. Lawmakers pushed hard to reinstate Martland, who claimed he “felt that morally we could no longer stand by” while Afghan personnel continued “to commit atrocities” (he was reinstated in April 2016).

Given the culture of silence described by the New York Times and explicitly described in the 2017 DoD IG report, it's doubtful that a new reporting database would help effectively induce service members to actually report child sexual abuse by Afghan security forces in the first place. Indeed, the 2017 report found that U.S. personnel “may not have known to report allegations of child sexual abuse to their chains of command” in the first place.

“We did not identify any guidance or policy that expressly discouraged personnel from reporting incidents of child sexual abuse,” the DoD IG report noted at the time. “However … DoD cultural-awareness training for U.S. personnel deploying to Afghanistan and two Human Terrain System Reports identified child sexual abuse as a culturally accepted practice in Afghanistan.