Members of the Afghan National Defense and Security Forces frequently robbed and abused the native Afghan personnel hired under three maintenance and operations contracts at ANDSF military bases, confiscating a total of $780,000 in property and equipment and often detaining workers at gunpoint. 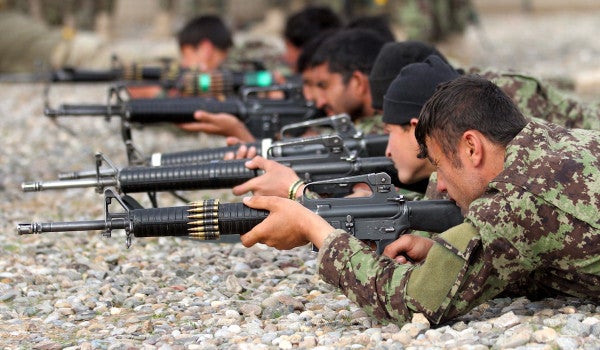 Members of the Afghan National Defense and Security Forces frequently robbed and abused native Afghan personnel hired under three maintenance and operations contracts at ANDSF military bases, according to an alarming new report from the Special Inspector General for Afghanistan Reconstruction, confiscating a total of $780,000 in property and equipment and often detaining workers at gunpoint.

More disturbingly, the Resolute Support mission's Combined Security Transition Command – Afghanistan “has not issued any financial penalties against the ANDSF” for the mistreatment of its O&M because withholding funds, according to the SIGAR report “harms ANDSF forces more than it would tend to change behavior” of corrupt security forces.

The report encompasses three distinct U.S. Army Corps of Engineers contracts for the construction and maintenance of ANDSF facilities across Afghanistan, with a combined value of around $1.14 billion, two of which ran from 2010 to 2015 and a third that ran from 2015 to March 2019.

According to the report, the $780,000 in confiscated inventory included “tools, such as drills, oxygen regulators, welding machines, saws, as well as office supplies including computers, a printer, an air conditioner, and refrigerators, among other things.”

In many situations, the USACE personnel were “unable to convince” ANDSF personnel to return stolen equipment, according to the report. When contractor personnel attempted to remove their equipment from work sites, they were “held against their will at gunpoint and locked in containers for extended hours,” according to a representative from the contractor Exelis.

In addition, Excelis staff were basically coerced into doing side projects for the ANDSF, “often detained to force the O&M contractors to surrender property or complete O&M work that was outside the scope of the O&M contract and the ANDSF did not have the capability to repair,” according to the report.

Exelis told SIGAR it had filled more than 400 incident reports from across 800 facilities to USACE from July 2010 through the end of 2013 alone. According to USACE documentation “only 71 involved assaults, threats, intimidation, contractor detainment, and the confiscation of contractor-owned property across approximately 500 ANDSF supported sites.”

Despite reports of rampant abuse and theft, the CSTC-A didn't utilize a “financial levers” strategy it adopted in 2014 to hold U.S. financial contributions as a carrot to Afghan government officials on the ministry level. The reason given to SIGAR is maddening: “CSTC-A's withholding of funding is not an effective tool to change behavior as there is limited ability to tie withheld funds back to the bad actors.”

We now go live to the ANDSF barracks:

WATCH NEXT: The Trailer for 'Combat Obscura'