In the end, the Taliban outlasted the United States. 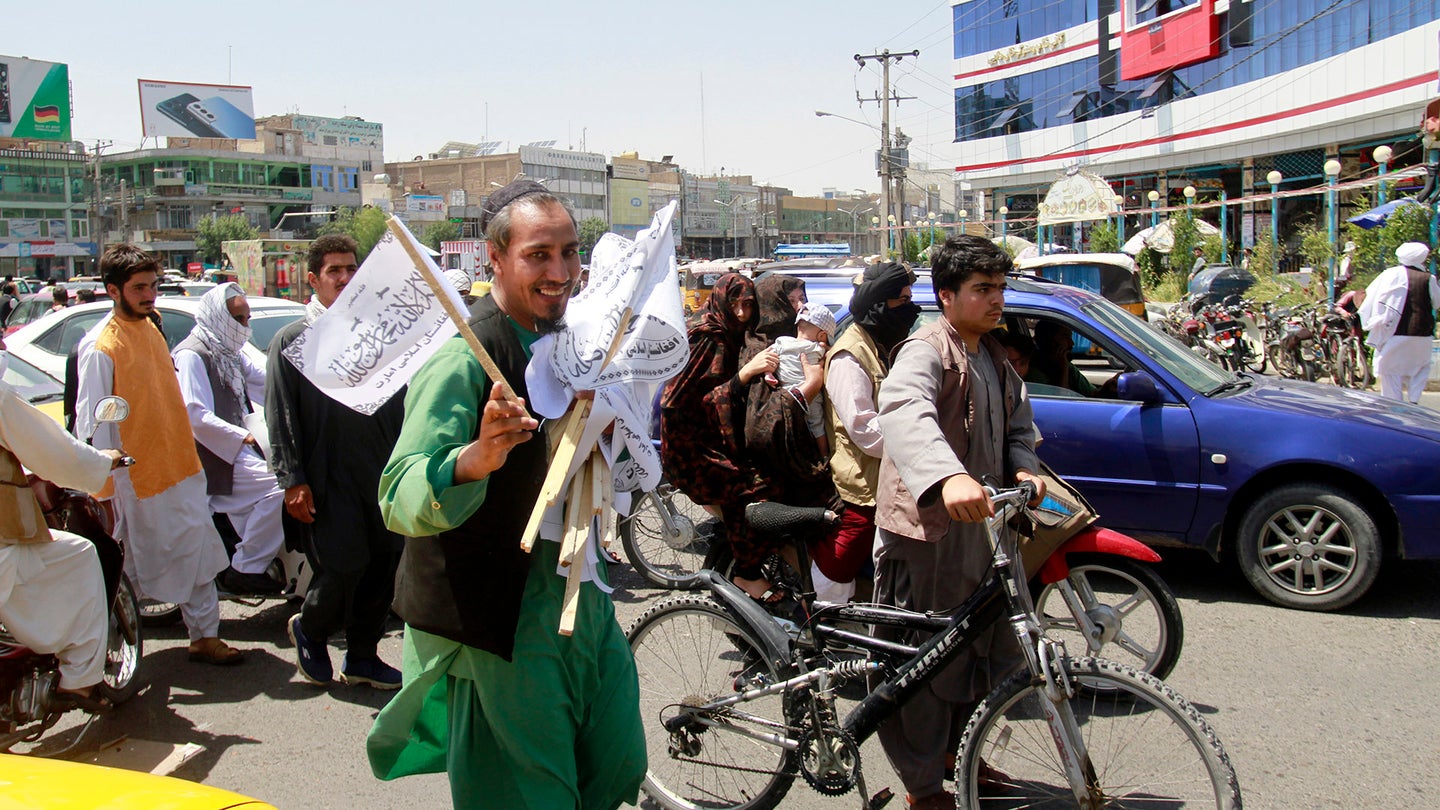 Taliban fighters are entering Kabul. Afghanistan’s president has fled the country. The evacuation of the U.S. embassy is being accelerated. And thousands of Afghans who have worked for the Americans are on their own.

More than 2,400 U.S. troops have been killed supporting operations in Afghanistan over the past 20 years. Many more have been wounded. But in the end, the Taliban outlasted the United States and proved that their will to win was much stronger than the Afghan security forces who were trained and equipped by America and its allies.

The Taliban are expected to soon make a proclamation at the presidential palace in Kabul that the Islamic Emirate of Afghanistan has been resurrected, according to the Associated Press. That was Afghanistan’s official name before the U.S. military initially ousted the Taliban regime in 2001.

President Joe Biden has ordered another 1,000 paratroopers with the 82nd Airborne Division to deploy to Hamid Karzai International Airport along with roughly 5,000 U.S. troops already there to help evacuate Americans who work at the Kabul embassy and some Afghans who have applied for visas, a defense official confirmed on Sunday.

That evacuation was supposed to last until the end of August, but with armed Taliban fighters now on the streets of Kabul, it is unclear for how much longer the United States will have any presence in the city, especially after the U.S. embassy in Kabul warned on Sunday that there are reports Kabul’s international airport has come under fire.

After a series of disasters in recent days, most of the Afghan army began surrendering to the militants as it became clear theirs was a lost cause. The Afghan Air Force, which U.S. government officials had repeatedly praised in recent months, was mostly captured on the ground after bases such as Kandahar Airfield fell to the Taliban.

While historians will long debate who lost Afghanistan, the future for most Afghans at this moment appears to be very dark. After initially claiming that the current Afghan government would continue to be responsible for security in Kabul, the Taliban announced on Sunday that its fighters would enter the city, allegedly to prevent looting and lawlessness.

The fate of tens of thousands of Afghans who had worked for the U.S. government and were hoping to be evacuated before Kabul fell appears grim. It was not immediately known how many would be rescued before the last U.S. aircraft leaves Kabul’s international airport.

The Biden administration estimated that about 70,000 Afghans who have applied for visas and their families needed to be evacuated from Afghanistan, Rep. Seth Moulton (D-Mass.) previously told Task & Purpose. As of Thursday, only 1,200 Afghans had been rescued from the country.

Task & Purpose was still receiving messages from Afghan interpreters on Sunday asking if there was any word on whether they would be evacuated.

As late as Friday, Pentagon spokesman John Kirby said the U.S. military would have the capacity to airlift “thousands” of people per day out of Afghanistan. But the Taliban had their own schedule.

John Sopko, the Special Inspector General for Afghanistan Reconstruction, recently summed up how 20 years of U.S. assistance to Afghanistan went so disastrously wrong: “I refer to two words that can describe Afghanistan: One is this ‘hubris’ that we can somehow take a country that was desolate in 2001 and turn it into Little Norway in that timeframe,” Sopko told reporters at a July 29 Defense Writers Group event. “And the other is ‘mendacity.’”

“That is the problem of Afghanistan. And that, unfortunately, is a problem not just with Afghanistan. I think you find it in other countries where we’ve gone in.”

UPDATE: This is a breaking news story and will be updated as the situation develops.