The US military has been hitting the Taliban harder since peace talks fell through, Esper says

At the direction of President Donald Trump, the U.S. military has ramped up the number of air and ground attacks against the Taliban, Defense Secretary Mark Esper said on Friday 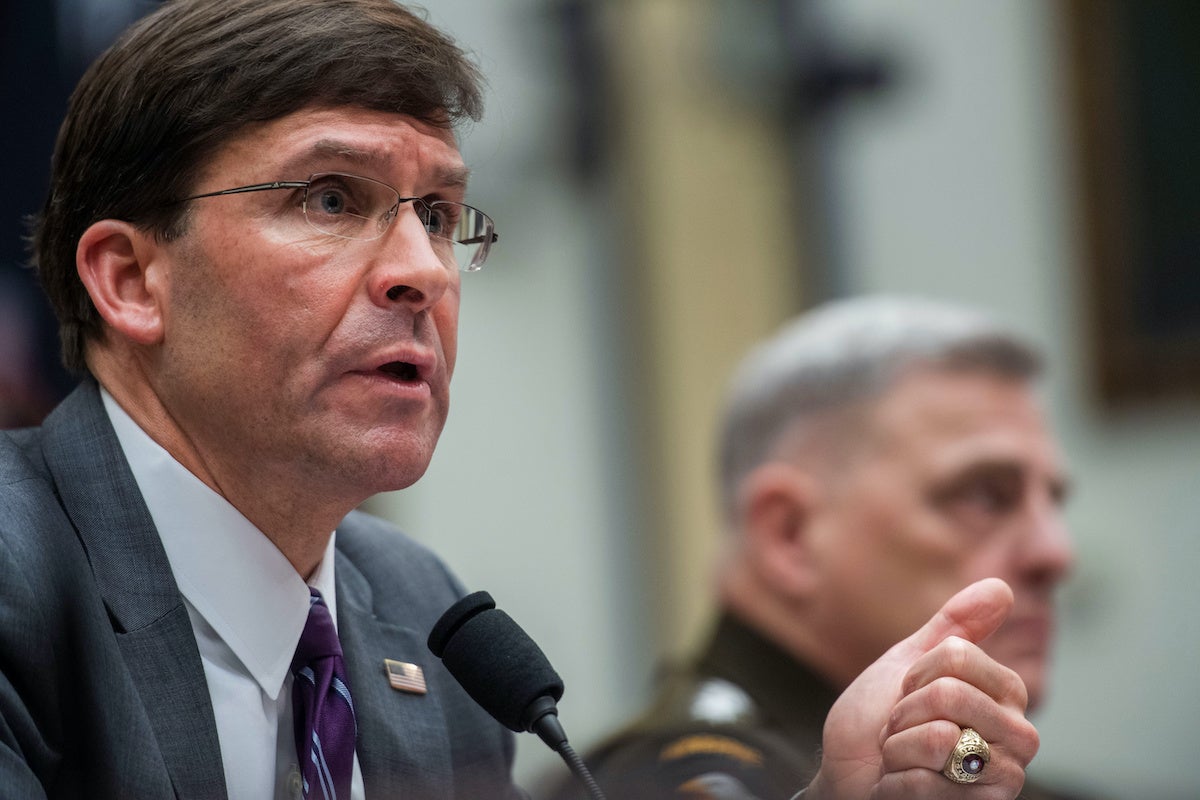 At the direction of President Donald Trump, the U.S. military has ramped up the number of air and ground attacks against the Taliban, Defense Secretary Mark Esper said on Friday.

“We did step up our attacks on the Taliban since the talks broke down,” Esper told reporters while returning from visits to Wright Patterson Air Force Base, Ohio, and Louisville, Kentucky. “The president spoke about this publicly. We did pick up the pace considerably.”

In September, the president placed peace talks on hold amid continued Talban attacks. Now, the Taliban are reaping the whirlwind.

“The president did want us to pick up the response to this,” Esper said. “You had the heinous attacks that the Taliban and others conducted throughout Afghanistan … in Kabul and a couple of other places.”

After he suspended peace talks, which were supposed to involve the Taliban coming to Camp David, Trump indicated the Taliban were coming under increasing military pressure.

“The last four days, we have hit our enemy harder than they have ever been hit before, and that will continue,” Trump said during his speech commemorating the Sept. 11, 2001 attacks.

Esper declined to provide any numbers to quantify the increase in strikes and he did not say if U.S. troops in Afghanistan are going outside the wire more often now.

“I don’t want to comment in terms of detail because, frankly, I don’t have that level of detail, but we did pick up the pace of attacks, as the president has spoken about, with regard to both air and ground.”

Oct. 7 marks the 18th anniversary of the start of the war in Afghanistan.