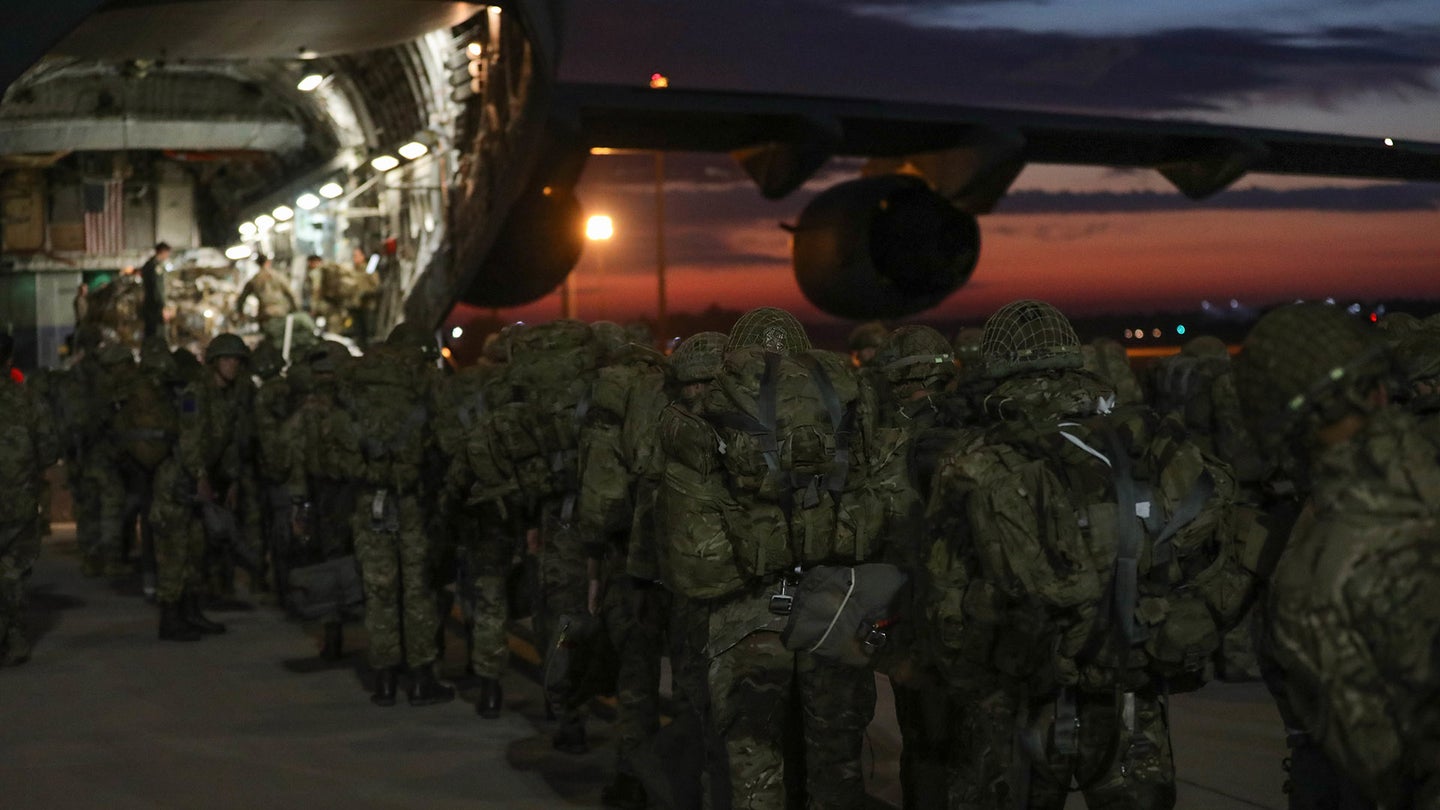 The Pentagon has already announced it is sending 3,000 soldiers and Marines to Hamid Karzai International Airport to help evacuate embassy staff and some Afghans who have applied for Special Immigrant Visas as well as their families.

Those troops come from two Marine Corps infantry battalions and one Army battalion.

A brigade combat team from the 82nd Airborne Division was initially ordered to deploy to Kuwait in case the unit was needed at the airport, but Defense Secretary Lloyd Austin recommended to Biden on Saturday that a battalion of paratroopers be sent directly to Kabul, the defense official said. The brigade combat team’s remaining two battalions will continue to head to Kuwait as planned.

The soldiers and Marines headed to Kabul will join roughly 1,000 U.S. troops who are already at the embassy and airport, the official said. The U.S. military was in the process of drawing down to 650 troops in Kabul to protect the embassy when the Taliban began a rapid advance that has conquered most of Afghanistan in little more than a week.

The U.S. government had initially expected to have until the end of August to evacuate embassy personnel and Afghan visa applicants, but events on the ground have shown that Kabul will likely fall in a matter of days.

Mazar-i-Sharif fell on Saturday, completing the Taliban’s conquest of northern Afghanistan. In the eastern part of the country, Jalalabad appeared on the verge of falling, if it has not surrendered already.

Social media posts on Saturday evening indicated that the Taliban may have already reached the Paghman district of Kabul.

In a statement on Saturday, Biden reiterated that he is committed to pulling U.S. troops out of Afghanistan and he blamed former President Donald Trump for striking a withdrawal deal with the Taliban that left the group “in the strongest position militarily since 2001.”

Biden then delivered what may end up being an epitaph for the entire Afghanistan war and the Afghans who helped the U.S. government over the past two decades.

“Over our country’s 20 years at war in Afghanistan, America has sent its finest young men and women, invested nearly $1 trillion dollars, trained over 300,000 Afghan soldiers and police, equipped them with state-of-the-art military equipment, and maintained their air force as part of the longest war in US history,” Biden said. “One more year, or five more years, of US military presence would not have made a difference if the Afghan military cannot or will not hold its own country. And an endless American presence in the middle of another country’s civil conflict was not acceptable to me.”