Now that’s how you drink a beer. 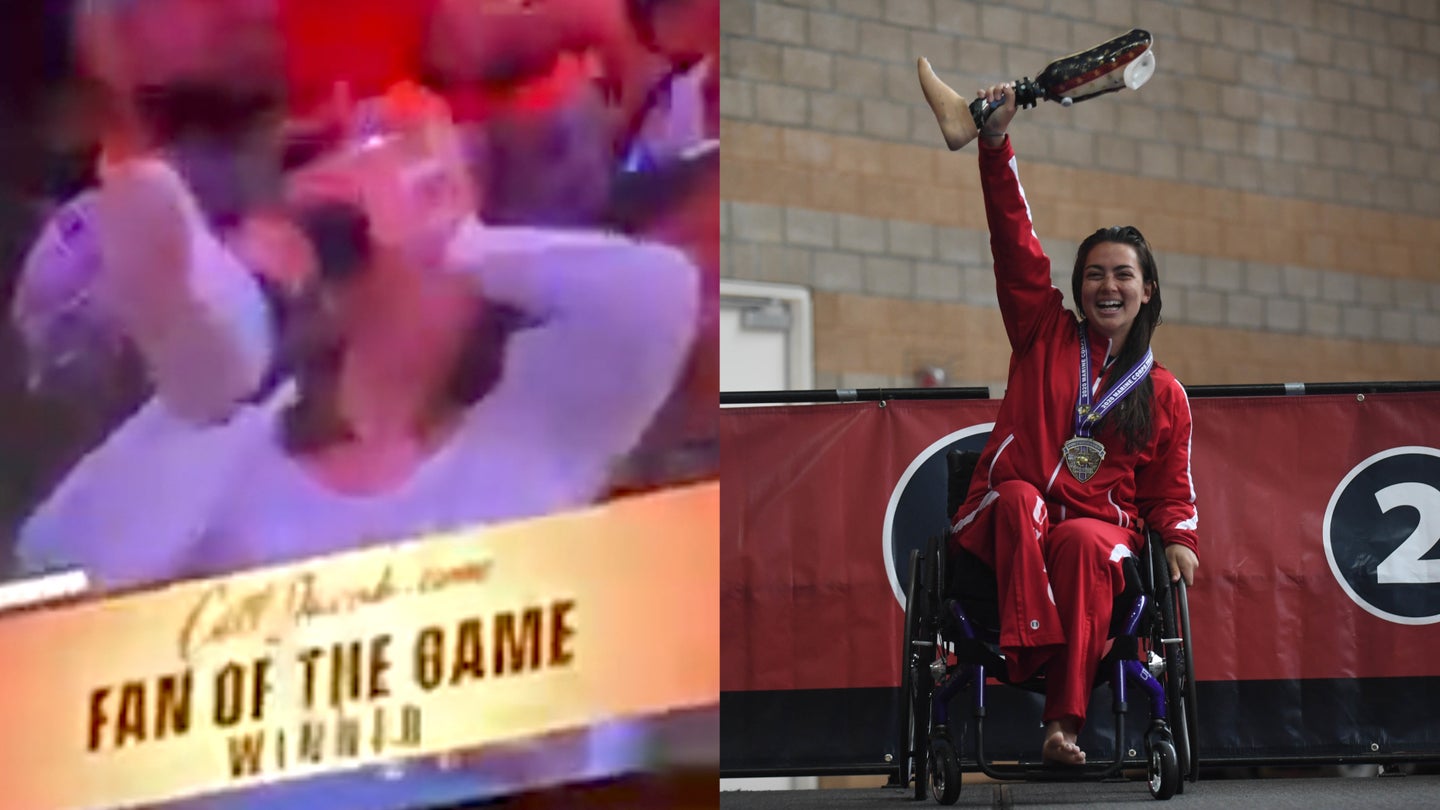 There’s no wrong way to drink a beer, but this is just about as right a way as you can get.

At Monday’s basketball game between the Los Angeles Lakers and the Indiana Pacers, Marine Corps veteran Annika Hutsler filled her prosthetic leg with beer and chugged it while featured on the Crypto.com Arena’s Jumbotron.

Hutsler was, of course, named the “Fan of the Game,” as if there could possibly be any other worthy contenders. That title earned her a $100 gift card, but more importantly, she’ll probably never have to pay for another beer ever again.

Hutsler enlisted in the Marine Corps in 2017, training as an electronics maintenance technician at Twentynine Palms, California. She first began experiencing pain in her right leg during boot camp, although it was initially diagnosed as a stress fracture. Nine months later, though, an MRI revealed a tumor growing on her foot.

Hutsler was transferred to the U.S. Marine Corps Wounded Warrior Regiment in July 2018, but after months of surgeries and physical therapy, she was told that her foot would have to be amputated within five to 15 years. Instead, Hutsler decided to get it over with and have the leg amputated immediately.

“I had just turned 22 at the time,” Hutsler told Marine Corps Times earlier this year. “I was like, I’m not going to waste my 20s knowing that I’m going to get my leg cut off. I’d rather be able to live a successful life with amputation than wait around for an amputation to happen.”

Hutsler medically retired in January 2020 as a lance corporal but hasn’t slowed down, competing in snowboarding, track, field, shooting, swimming, archery, wheelchair rugby, and seated volleyball at events for disabled military veterans like the Warrior Games. Now, she can add champion beer drinker to that list.

So cheers to Annika Hutsler, who found the best possible way to watch the Lakers lose. Cheers!