Tucker Carlson claims Gen. Milley is not qualified to be chairman of the Joint Chiefs of Staff. He’s wrong. 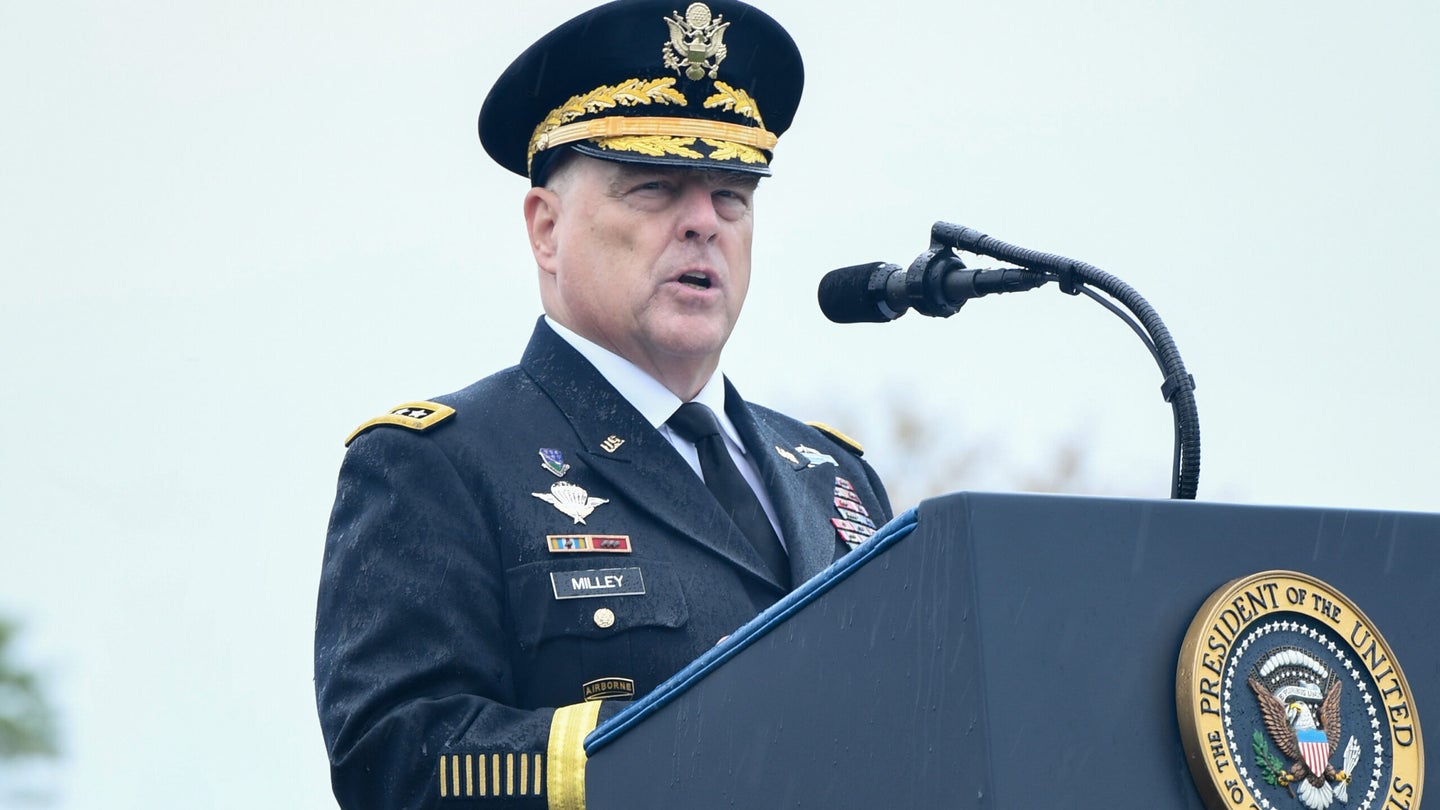 An Armed Forces Welcome Ceremony in honor of the Chairman of the Joint Chiefs of Staff U.S. Army Gen. Mark A. Milley is held at Joint Base Myer-Henderson Hall, Arlington, Va., Sept. 30, 2019. (U.S. Army photo by Sgt. James Harvey).
SHARE

Fox News personality Tucker Carlson has officially abandoned any pretense of being fair and balanced by launching into a personal attack against Army Gen. Mark Milley, chairman of the Joint Chiefs of Staff, that is beneath middle school playground standards.

After Milley recently explained to Republican lawmakers that requiring cadets at the United States Military Academy to read about white rage is not political indoctrination, Carlson had this to say about Milley on Thursday night: “He’s not just a pig. He’s stupid.” It should also be noted that Carlson laughed like Biff Tannen from “Back to the Future” as he delivered his childish insult.

Carlson also claimed that Milley is unqualified to serve as chairman of the Joint Chiefs of Staff.

In fact, Milley was nominated to become chairman of the Joint Chiefs of Staff by former President Donald Trump, who reportedly selected Milley over former Air Force Chief of Staff Gen. David Goldfein.

Trump once told Milley: “You’re a tough guy. I like tough guys,” according to Missy Ryan of the Washington Post, who cited an unnamed former Trump administration official.

One look at Milley’s record shows that Carlson was lying when he claimed that Milley is not brave.

An Army Ranger and Green Beret, Milley has extensive combat experience including three deployments to Afghanistan as well as combat tours in Iraq, Somalia, Panama, and Colombia. (That’s seven more combat deployments than Carlson can claim credit for.)

A spokesman for Milley declined to respond to Carlson’s attacks on his character. Fox News did not immediately reply to a question from Task & Purpose about whether it endorses Carlson’s insults.

Several veterans took to Twitter to push back on Carlson’s attacks on Milley, including retired Navy Adm. James Stavridis, who served as Supreme Allied Commander of NATO from 2009 to 2013.

“For the record – I would bet on my friend JCS Chairman Gen Milley in a bar fight – or IQ test — over any of his recent critics.  He’s a Princeton grad and varsity hockey player,” Stavridis tweeted on Friday. “Apparently for some, the era of ‘thank you for your service’ is over.”

As of Friday, the U.S. military had not lost a war to China despite Carlson’s repeated warnings that wokeness would undermine the Defense Department’s ability to fight wars.

UPDATE: This story was updated on June 25 to include a tweet from retired Navy Adm. James Stavridis.

Video: Gen. Mark Milley responds to questions about critical race theory and wokeness in the military