"The incident is currently under investigation.” 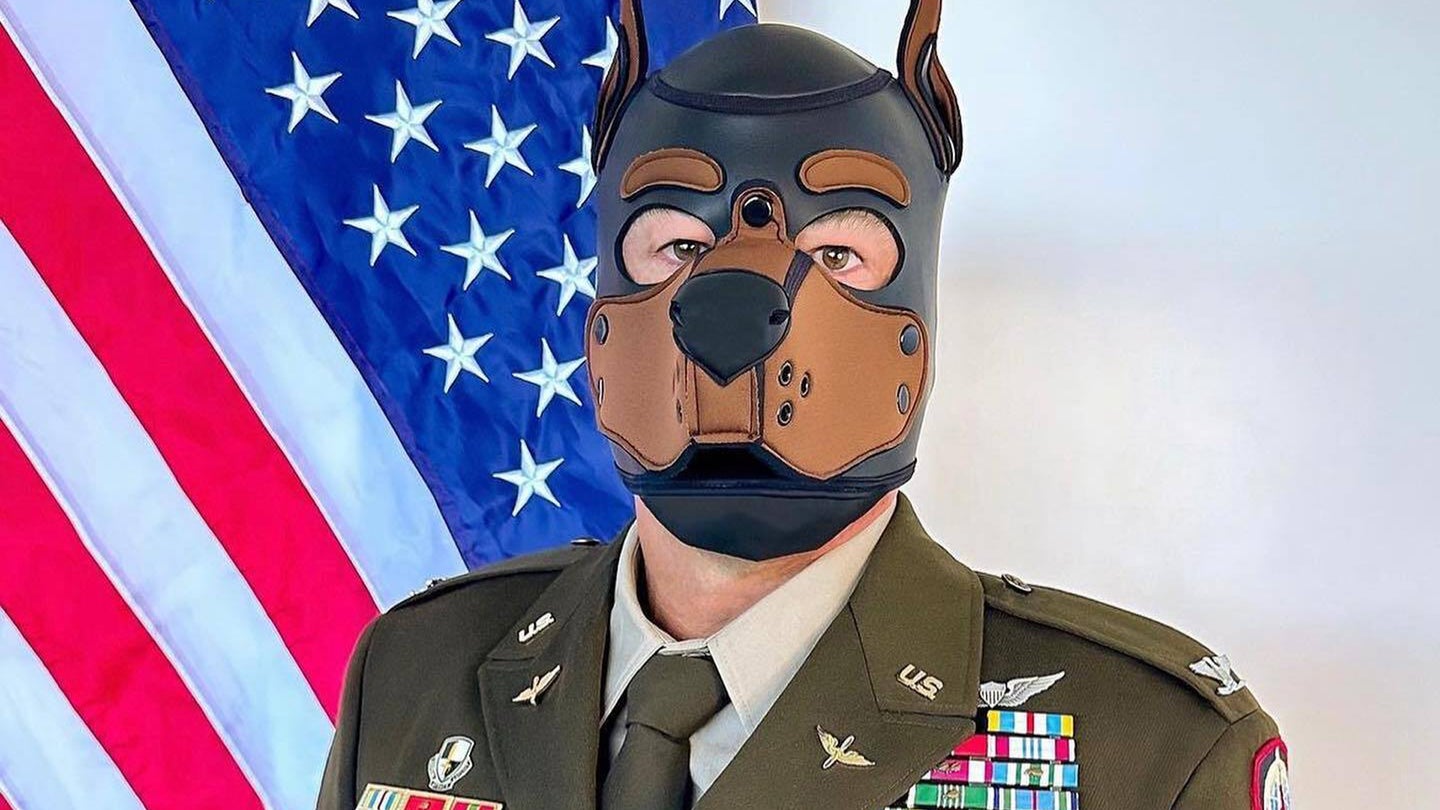 The Army is investigating a number of social media posts that appear to show soldiers wearing dog-themed bondage masks in uniform. (Screenshot via Twitter).
SHARE

As reported by USA Today, the images — many of which first appeared on social media on Dec. 9 — depict “male soldiers in uniform, or parts of uniforms, wearing dog masks, leather and chains. Some of the photos depict poses of submission and sexual acts. Another photo shows a soldier in combat fatigues wearing the dog mask on an airfield.”

Maj. Jonathan Lewis, a spokesperson for U.S. Army Pacific — the soldiers are purportedly based in Hawaii — told Task & Purpose that the command “is aware of content found on social media reflecting soldiers’ activities while wearing uniforms.  The incident is currently under investigation.”

Though the Army would not confirm to Task & Purpose which photos they were investigating or how many soldiers were involved, a number of screenshots from social media accounts have made the rounds online and appear to show different soldiers in uniform wearing dog bondage masks. One, in particular, shows a colonel in his dress uniform in a pose staged similarly to a routine official photo — the kind used on official bio pages — albeit with a leather face mask. Others show Army officers in uniform posing both indoors and outdoors while wearing similar masks. It’s unclear exactly when or where the photos were taken, and it is also unclear if all of the soldiers are still in the Army — a photo of the colonel in his dress uniform and dog mask included a caption on social media saying that he was retiring.

Air Force Brig. Gen. Patrick Ryder, a Pentagon spokesperson, deferred questions about the investigation to the Army on Tuesday.

The Army Office of the Chief of Public Affairs wrote to Task & Purpose that, “All U.S. Army soldiers are expected to uphold high standards of personal conduct and to avoid discrediting the service and the uniform, both in person and across social media.”

According to USA Today, internal military emails say that the photos in question may have been taken in the gym at a military base in Hawaii. Those emails reportedly describe the social media reaction to the photos as “hyper politicized.”

Should the investigation determine that the photos constitute inappropriate behavior, the soldiers in question could certainly be subject to military discipline. Article 133 of the Uniformed Code of Military Justice covers conduct unbecoming, and states that “Any commissioned officer, cadet, or midshipman who is convicted of conduct unbecoming an officer and a gentleman shall be punished as a court-martial may direct.”

Article 134 covers everything else, as it refers to “all disorders and neglects to the prejudice of good order and discipline in the armed forces.”