“Sgt. Boxx is perhaps the most qualified medic I’ve ever seen." 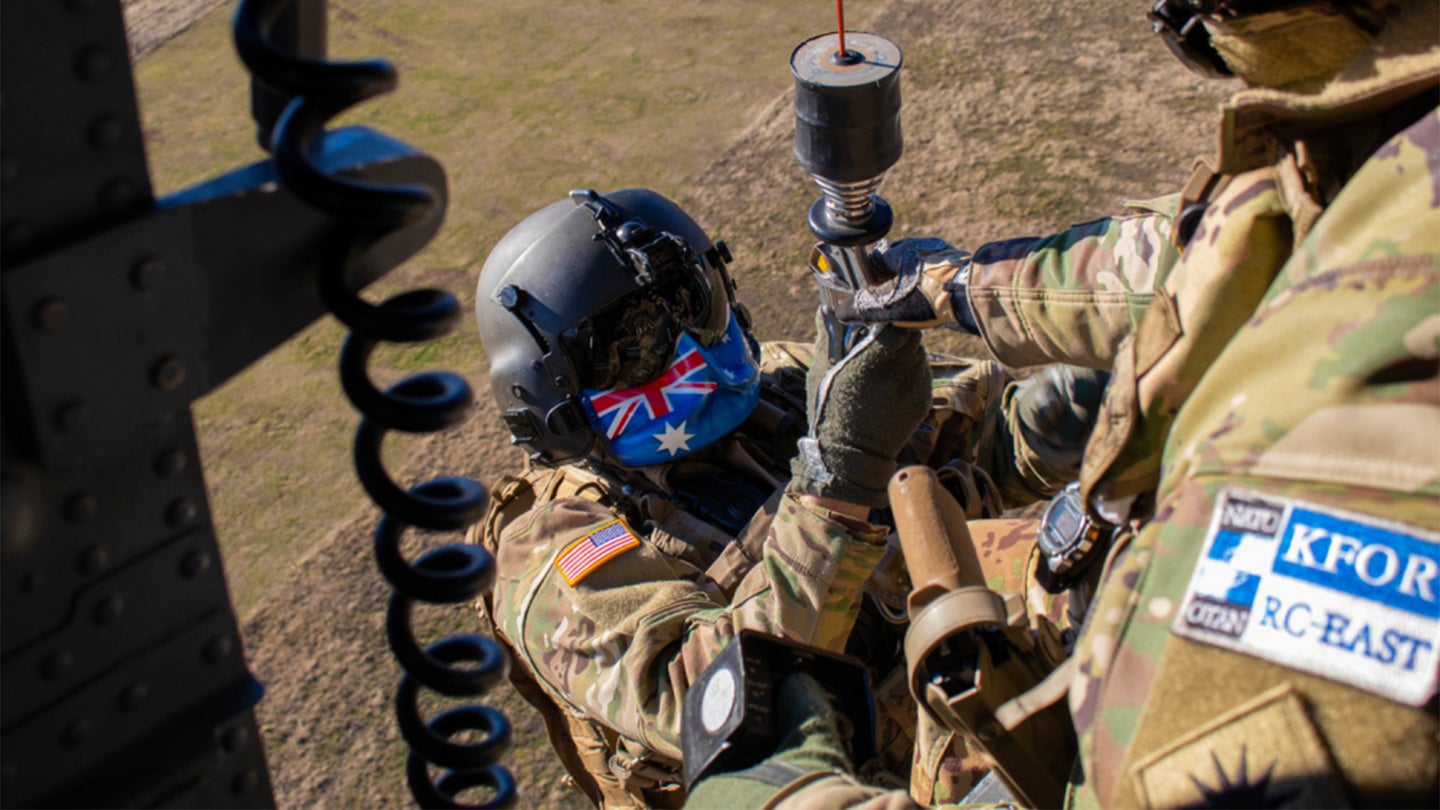 So you’ve broken your leg on patrol and now a helicopter is coming to pick you up. You feel a surge of relief as the Black Hawk lands and a flight medic hustles over towards you. But as you look closer, you’re confused: the medic is wearing a U.S. Army uniform, but he’s also wearing a face mask with the Australian flag painted on it.

Not to fear, because you’re in the hands of Sgt. Abraham Boxx, an Australian-turned-U.S. Army flight paramedic, and he’s one of the best in the business.

It all comes from the heart: Boxx was first inspired after seeing a family member treated by paramedics during a medical emergency while he was growing up in Mudgee, New South Wales, Australia.

“I remember seeing their professionalism, the calmness they brought and their demeanor,” he said. “That’s what I wanted to do. I wanted to pay it forward.”

Boxx also grew up with stories from his father, Jesse Boxx, an American who served with the U.S. Army’s 213th Assault Support Helicopter Company during the Vietnam War before moving to New South Wales with Abraham’s mother in 1977, where their son was born. Abraham Boxx joined the Australian Army in 2007, which sent him on several deployments as a combat medic to Malaysia, Singapore and Pakistan.

“Whenever you see the military anywhere, a lot of people focus on the negativity or fighting,” said Boxx. “For me it was always about helping people and having a skill and a trade that went beyond firing a weapon system.”

One mission in particular stands out. Boxx was attached to an infantry unit in the Solomon Islands, where they had to gain support from the local population in order to find a war criminal in the area. They did so by renovating the local clinic: rebuilding the roof, installing a water tank to gain access to clean water; and helping treat burns, gunshot wounds and everything in between.

“It was an amazing opportunity for not only myself, but for some of the enlisted combat first aiders to really utilize their medical skills,” Boxx said.

After leaving the Australian Army and working as a civilian paramedic, Boxx moved to the U.S. in 2016, where he became certified as a flight paramedic and joined the U.S. Army National Guard. He then moved to Washington, joined the 1-16th GSAB and works as a civilian flight paramedic for Life Flight Network. Now he and his unit are deployed to Camp Bondsteel, Kosovo, where their mission is to transport wounded or ill NATO soldiers in the area in support of Operation Joint Guardian. Thankfully, there have not been many emergency flight evacuations, but Boxx said he is always happy to help when he’s needed.

“The relief on people’s faces when we land when they know higher level care has gotten there or somebody is there to help them gets me every time,” he said. “I never get sick of that feeling.”