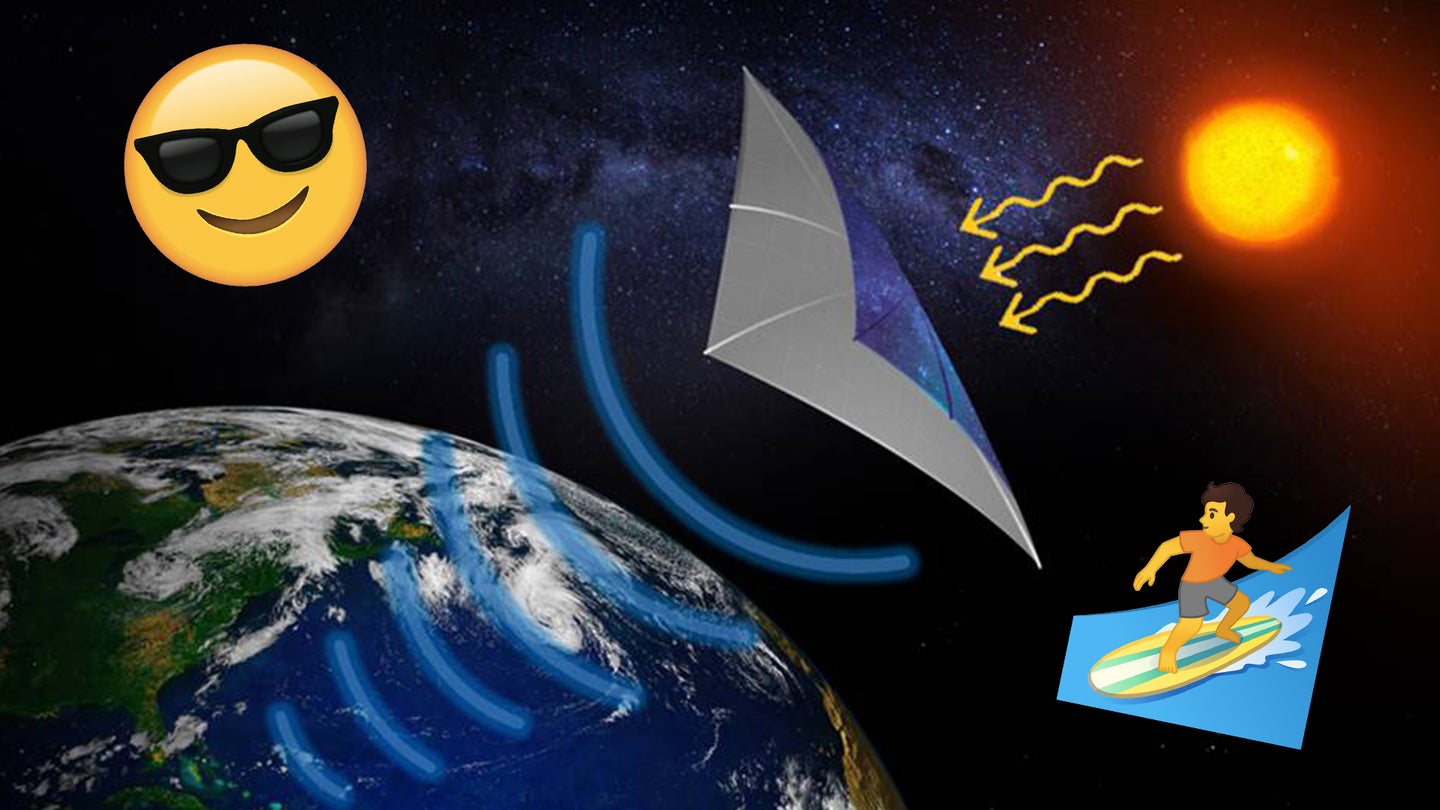 Plenty of radio station DJs claim their music will help you power through your day, but no DJ takes that claim more seriously than the Air Force Research Laboratory, which is working to develop technology that will allow satellites in space to capture solar energy from the sun, convert it into radio waves, then beam it down to earth, where receiving antenna convert it back into usable power.

AFRL isn’t trying to put Power 99 out of business though, it’s trying to find a shortcut around the long, vulnerable supply convoys that the military currently uses to keep far-flung forward operating bases juiced up. Those convoys and supply lines take a lot of manpower and are tempting targets for enemies, as AFRL wrote in a recent press release. But other forms of energy, like wind and solar, often get blocked by cloudy or windless days. What to do?

Easy. Just get it from space! AFRL hopes that in the future it can launch solar panel-bearing satellites into orbit around Earth. Up in space, those solar panels won’t ever be blocked by clouds or rain. The panels will collect solar energy, convert it into a radio frequency and beam it to a receiving antenna, called a rectifying antenna or rectenna, on the ground. The rectenna will then convert the radio frequency into power.

This video shows how it would work:

It’s pretty sci-fi, and AFRL was careful to state in its press release that it still has to develop the technology required to build the system. For example, aerospace manufacturer Northrop Grumman is still developing the so-called “sandwich tile” solar panel cells that will convert solar energy into radio frequency. The five technology areas that need to be developed to make this system work are deployable structures, energy generation, thermal, radio frequency beaming, and metrology, which is the scientific study of measurement, AFRL wrote.

AFRL, Northrop Grumman and the Naval Research Laboratory plan on exploring these areas in three experiments that will use scale models of the required technologies, though it remains unclear when those experiments will take place. Overall, the project is known as Space Solar Power Incremental Demonstrations and Research Project (SSPIDR), and, if and when it’s ready, a satellite called Arachne will launch into space to test out the system, AFRL wrote.

Like the Global Positioning System (GPS) before it, SSPIDR is a military technology that could have important applications for the civilian world, AFRL said. For example, it could help power disaster relief or medical aid missions in areas without access to power.

In other words, tune in to Air Force FM and stand by for groovy rays to charge up FOB Tubular.

Related: The Air Force is developing spray-on tech to make you heal like Wolverine